Heh! Dems Want To Give Tax Break To The Rich 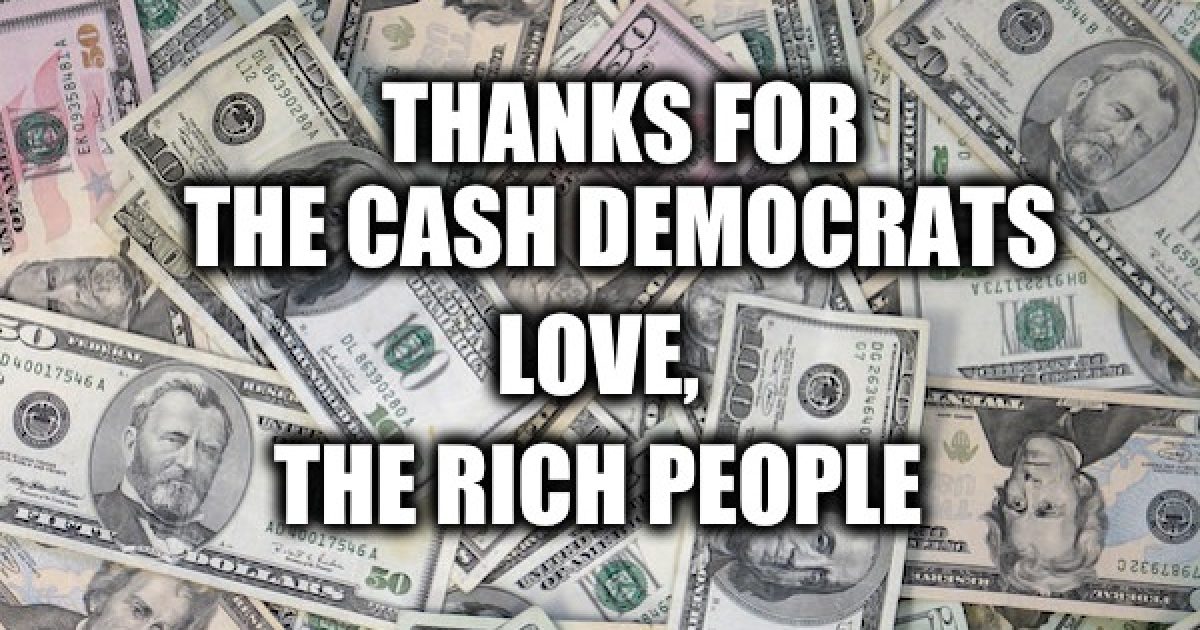 After winning control of the U.S. House of Representatives by criticizing Republicans for giving tax cuts to the wealthy, Democrats seem to be practicing hypocrisy because, according to a report in the Washington Times, they are “eyeing their own $620 billion tax break that would go heavily to wealthier Americans.”

The newspaper reported that “one high priority for Democrats from northeastern states is to look at rolling back the $10,000 limit on state and local tax deductions included in the Republicans’ 2017 overhaul of the federal tax system.” But middle most middle-class households are protected within that $10,000 limit, take it away, and most of the families being helped are the rich. Not that anyone should really care, but it is an indication of Democratic Party hypocrisy.

“But, analysts say repealing the state and local tax limit is worth just dollars to the average middle-class taxpayer. For the wealthy, though, the proposal could lower tax bills by tens of thousands of dollars.”

Per Rep. Kevin Brady of Texas, the outgoing Republican chairman of the House Ways and Means Committee, getting rid of the $10,000 cap means a tax cut of about $10 for the middle class. Bills for millionaire households, Brady says, would be reduced by $140,000 a year.

This comes as anti-gun Democrats in California are reportedly looking at slapping a tax on the sale of semi-auto firearms to “support community violence prevention programs.” This scheme is the brainchild of Assemblyman Mark Levine (D-Greenbrae), according to the Sacramento Bee. His idea is apparently based on so-called “gun violence taxes” that have been adopted by Chicago and Seattle. They tack on a tax of $25 on the sale of each firearm, along with smaller fees on the sale of ammunition, and Levine’s chief of staff indicated that this may be the proposal.

On Capitol Hill, Democrats coming into power seem no better than the images they portrayed about their Republican opponents. The Washington Times noted that “The Tax Policy Center recently found that more than 96 percent of the tax cuts that would come from repealing the cap would go to the top 20 percent of households in terms of income.

“The left-leaning Institute on Taxation and Economic Policy concluded this month that 63 percent of the tax benefits that would result from axing the cap would go to the richest 1 percent of taxpayers,”

This raises a significant question. Is this what the far left voters expected when they cast their ballots for Democrats back on Nov. 6? When Donald Trump took the White House and Republicans captured both houses of Congress in 2016, Democrats were quick to declare the sky was falling and that tax cuts proposed, and finally adopted, by Congress would only benefit wealthy elitists. Now that they have control of the House, they appear to be singing a much different tune.