Did God Leak Dr. Ford’s Letter? And Other Unusual Takeaways From Kavanaugh Hearing 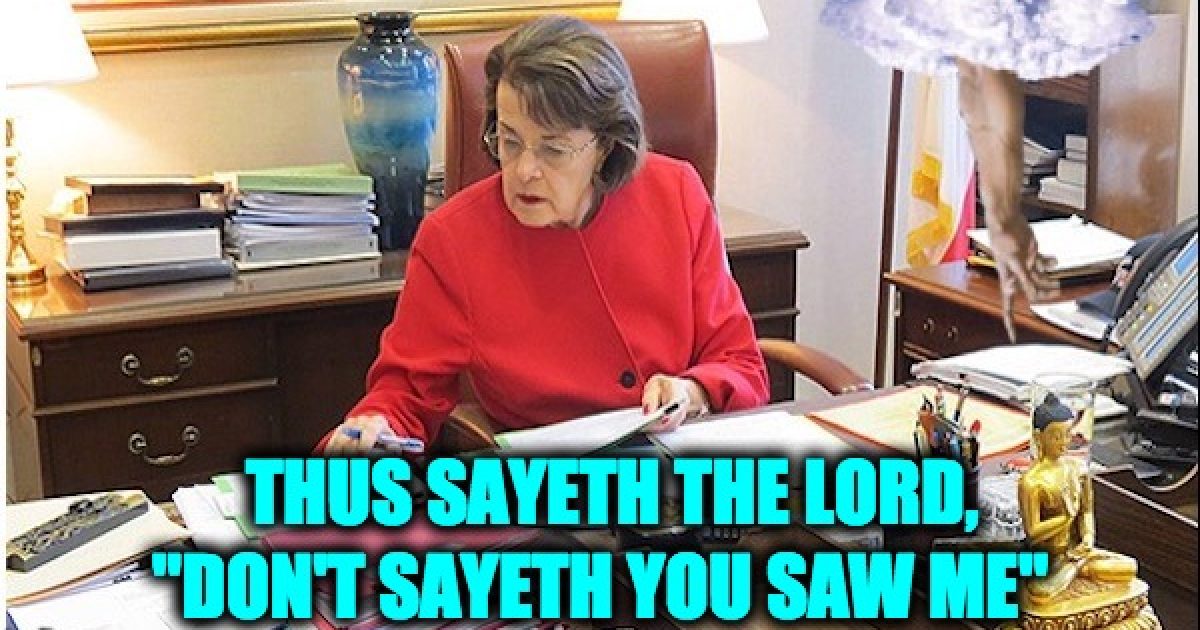 Thursday was a very long day. Almost ten hours of hearings, and then channel clicking through the news shows till well past midnight to get some idea of the reaction to the testimony of both Dr. Christine Blasey Ford and Judge Brett Kavanaugh. There were many different takeaways from the hearing by the cable news talking heads, but there were some critical points about the long day which were left out of the discussion.

Dr. Ford was emotional and credible but had no corroborating evidence. And while it appeared that in her heart of hearts she truly believes her story, that doesn’t mean her account was accurate. Something might have happened to her, but yesterday didn’t prove it did happen. And it didn’t show that Judge Kavanaugh was involved.

Judge Kavanaugh was just as passionate and just as credible, offered his calendar and the fact that all of Dr. Ford’s supposed witnesses don’t remember that event ever happening. One of those witnesses Ms. Kaiser, a good friend of Dr. Ford said she never even met Judge Kavanaugh.

At the worst, any objective observer would say nothing was proven therefore it cannot be considered as part of the information used to decide one’s vote. Of course, most of the mainstream media disagree, they have been spending the hours since the hearings treating Dr. Ford’s words as if they were written on two stone tablets and brought down from Mount Sinai by Moses.  On the other hand Judge Kavanaugh the man who they were practically described as a 90-pound-weakling after his interview on FNC, was now described as an angry man who must have 90-pound gonads because he has so much testosterone raging through his body, But then again, I did say any objective observer, there are not many of them in the mainstream media.

Was Judge Kavanaugh angry? Truth be told, at times I was screaming at the TV set telling him to get angrier . Especially during the questioning by New Jersey Senator Spartacus.

“Are you saying Dr. Ford’s effort to come forward to prepare for the very difficult testimony she gave today, to travel to Washington, D.C., and tell us about her experience, have all been part of an orchestrated political hit and are you basically calling her some kind of political operative,”

I wanted the Judge to answer “No, I am saying you are! You are the person who called me evil before you even questioned me, you are the person who tried to break the Senate rules so you could have a ‘Spartacus’ moment. No Senator, you and your Democratic colleagues such as Hawaii Senator “Shut up all men” Maizie, and Ms. “I am hiding the letter till the last minute Feinstein”  ignored your obligation to the Constitution and the American people, and put your political party first.”

The other thing about Senator Spartacus is he really has no right to talk about sexual assault, he admitted to groping a drunk teenaged girl:

“I slowly reached for her breast. After having my hand pushed away once, I reached my ‘mark.’ … Our groping ended soon,” wrote Cory Booker. “The next week in school she told me that she was drunk that night and didn’t really know what she was doing” https://t.co/H3ZQ5lRhxn

Lindsey Graham’s Speech: I have never been a big fan of Lindsey Graham, I had always felt he tried too hard to reach across the aisle even when they were slapping his hand away. But his attack on his Democratic Party colleagues during Thursday’s hearings was just incredible. Since Kavanaugh was nominated, Graham was the first GOP Senator to prove that he had a spine.  In Sen. Graham’s speech made me angrier at the Democrats then I have ever been.  The horrible way they treated Kavanaugh led to Graham’s address, and I doubt I will ever forgive the Democratic Party for making me admire, Lindsey Graham.

Who Leaked The Letter ?:  Sorry Diane Feinstein but someone had to leak the letter, and it had to be a Democrat.  If it wasn’t a Democrat, it must have been God, and I doubt very highly that God plays that game.

Senator Chris Coons: I can’t help it, but after listening to Chris Coons whine during the past two weeks, I really wish his 2010 really was a witch and could give him laryngitis.

Dr. Ford’s Lawyers: If Dr. Ford was telling the truth, her lawyers didn’t explain to her that the committee was willing to come to California or anywhere else to interview her. The fact is I disappointed my parents and didn’t go to law school, but it seems to me that it means they were lousy attorneys and didn’t explain to her the offer correctly, or didn’t tell her at all which if it isn’t a violation of attorney ethics it should be.

Senator “Stolen Valor” Blumenthal:  I agree with Sen. Tom Cotton who tweeted, “@SenBlumenthal lied for years about serving in Vietnam, which is all you need to know about his courage & honesty,” Cotton, who is not on the Senate Judiciary Committee, tweeted during the questioning. “Maybe he should reconsider before questioning Judge Kavanaugh’s credibility.

The FBI: If the Democrats on the committee wanted to get to the truth, they would have asked Judge Kavanaugh about the facts of the case. Instead, they spent most of their time asking the Judge to ask for something he had no right to ask for, and FBI investigation.

A Final But Important Observation, About Judge Kavanaugh’s Yearbook.  Many commentators objected that the conversation sunk to the level of drinking games and flatulence. But as someone who believes Justice Scalia greatest decision involves deep dish pizza, I feel differently about the content of Sen. Whitehouse’s questioning. In my humble opinion any judge who’s High School Yearbook talked about farting and drinking beer is my kind of Supreme Court Justice.