CNN’s Symone Sanders: FBI Let Shooter Slip Through ‘Cause He Was White Supremacist 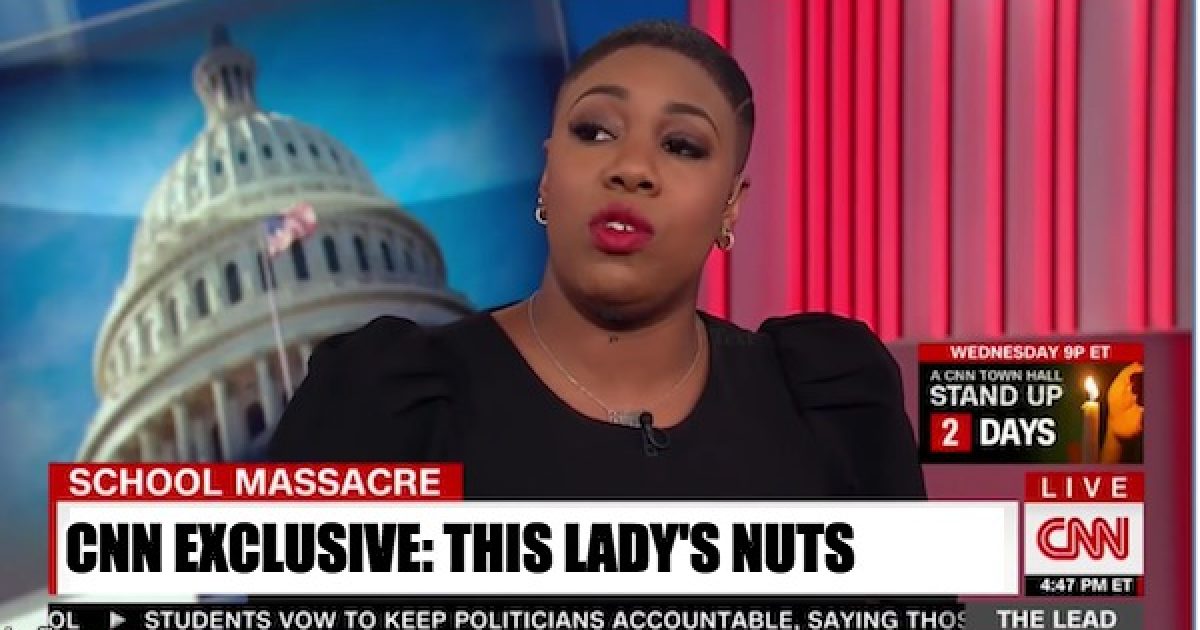 It’s hard to believe that even a liberal could be this stupid.  According to CNN contributor Symone Sanders the FBI let Parkland H.S. shooter Nikolas Cruz slip through their fingers because he was a white supremacist. Putting aside the fact that the Cruz connection with white supremacists was a hoax, a cry for attention by the Florida hate group…just what the hell is Sanders talking about?

Sanders was on a panel with Bill Kristol and Paris Dennard on CNN’s The Lead. Thankfully for him, Jake Tapper was off so guest host Jim Sciutto asked them about the ongoing gun control debates prompted by last week’s tragedy in Florida. Kristol complained about the lack of action following last year’s massacre in Las Vegas, and Paris Dennard pointed out that gun laws don’t work using Chicago as an example.

“All I want to say is had the Parkland shooter been black or brown, we wouldn’t be talking about the times of legislation we could or could not make happen, Because if he was yelling ‘Allah Akbar!’ Congress and the president, they would’ve been tweeting about it and they have swooped in and did whatever they felt was needed.”

When Kristol accused her of demagoguing she screamed another lie “We have a Muslim ban, dammit! There’s a whole Muslim ban,”

I’m not demagoguing anything… I want to be very clear. White supremacists have slipped through the fingers of the FBI. Repeatedly. This is a pattern… What I’m saying is there is s pattern. We cannot ignore a pattern in this country.”

Perhaps because it was President’s Day the more normal CNN guests took the day off because Ms. Sanders certainly seems as if she is the bottom of the barrel. She didn’t even know that the white supremacist story was fake.

Additionally, if we are going to prevent mentally deranged people from owning a firearm Symone Sanders should be at the top of the list.