City Official Snaps During Diversity Meeting: Shut Up You Are a White Male! 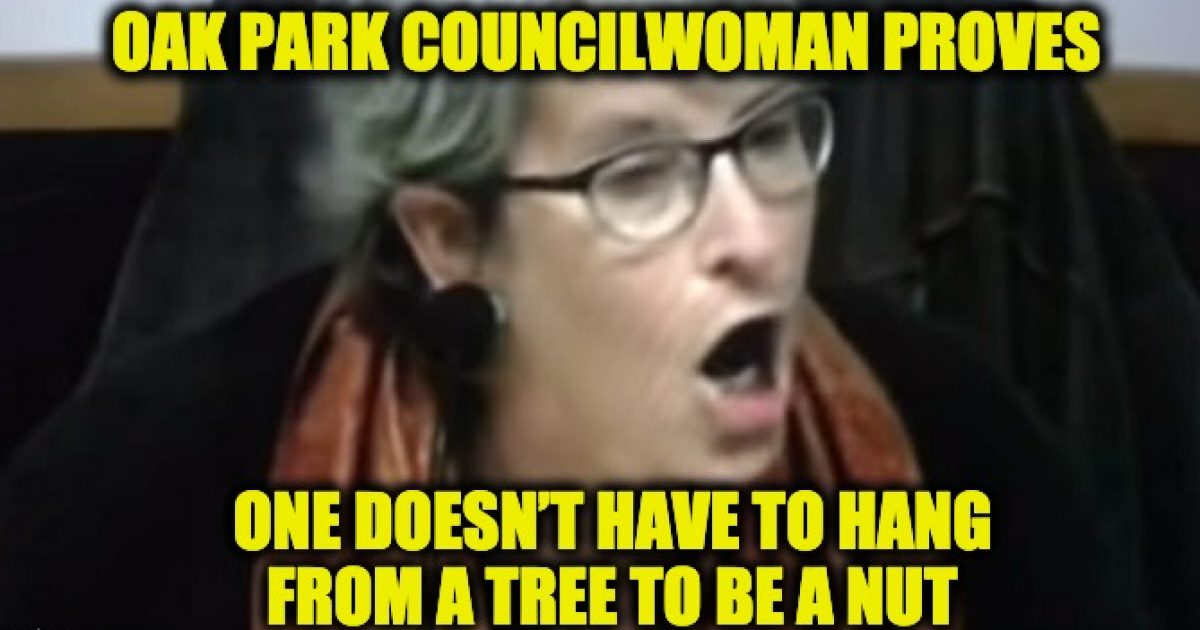 Susan Buchanan, a self-described progressive, and an Oak Park trustee, when stark raving crazy at meeting on racial diversity telling her colleagues that they had no right to an opinion because they were white males.

Susan Buchanan, who touts her “progressive values” and “sound judgment” on a village trustee campaign interview website, didn’t display sound judgment at this board meeting. Instead, she displayed that she may be the conductor of the crazy train.

A rewrite of the village’s diversity statement got heated when participants debated on the phrase, “We work to break down systems of oppression.”

This person doesn’t seem unhinged at all! https://t.co/llVXMLXB7D

“Oak Park buys into diversity, equity, and inclusion,” Trustee Dan Moroney harmlessly noted, though he later stated why the ‘systems of oppression’ statement troubled him, ” I hesitate to send the message to our police department that they are a system of oppression,” Moroney explained.

Shortly thereafter, Buchanan lost her vertical hold and began to scream like she was frothing from the mouth crazy.

“I’m so tired of hearing two white men telling us what systems of oppression are,” Buchanan said. “No, you don’t know what systems of oppression are. This is like if you guys wanted to tell us what it was like to have a menstrual cycle. You don’t know what you’re talking about,” she added, at some points hitting the table with her hand and pointing a finger at the male trustees.

You have been white from birth Why are you arguing what is a system of oppression? You’ve never experienced one, so shut up! I don’t want to hear from you!

Buchanan, who white, said this at a discussion about racial diversity. Another note on her background – this woman is a physician.

“As a family doctor and researcher, I understand the importance of studying problems in depth while listening to and addressing the needs of my patients and communities I serve,” Buchanan’s campaign site reads.

Can you imagine getting this lunatic as your family doctor?

Liberals love diversity and, well, you white males better accept it and shut your mouths!

“People of goodwill can have differences of opinion,” Moroney told CBS Chicago. “I don’t think it’s OK to silence voices when at the heart, there is tremendous agreement.”

In a written statement to the [Oak Park] Journal Friday, Buchanan said she “lost her temper at Monday’s board meeting” and “immediately apologized afterwards” to her fellow board members, the village clerk and the village manager.

“I will do better going forward,” the statement read. “The diversity statement agenda item was the culmination of months of discussion about the wording of the statement, and my frustration grew out of that.”

The diversity statement still includes the phrase “systems of oppression” but goes on to define them as including biases such as racism, sexism, and homophobia.

I have to admit, I too have been white since birth, at least that what I have been told (I don’t remember that far back). But my particular skin pigment has nothing to do with my opinion that this lady is nuttier than a squirrel turd. Watch the video below and let me know if you agree.