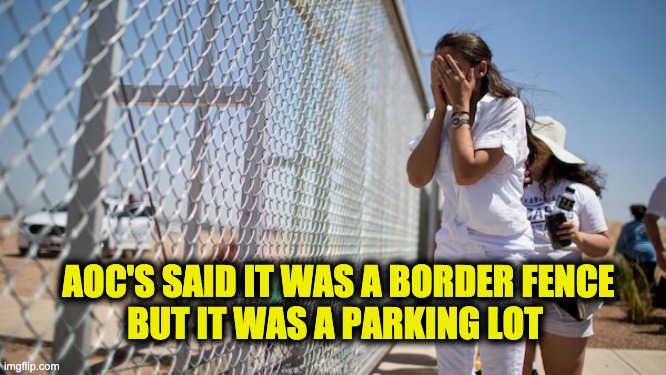 When Trump said that some of the worst kinds of ‘bad hombres’ were crashing our borders among the other illegals, he was blasted for it. If that was ‘bad,’ how do we explain this?  surge in sex offenders

Biden and the other Democrats denounced Trump’s immigration policies as being motivated not to protect national interests but driven by some form of ‘petty racism.’

Trump never once claimed that every single person coming across that border was a murderous, rapacious gang member. He DID say that our porous border left such criminals a ripe opportunity to slip in unannounced.

Now that Biden has all but abolished border enforcement, we are beginning to see the consequences of his strategy play out in real time.

Co-president Kamala can cackle and bobblehead all she wants while her team proclaims El Paso to be the new Ellis Island, but that doesn’t change the harsh realities of who it is we are inviting into the country.

People have arrived from 160 different countries worldwide. That is NOT a small number, nor is it consistent with the claim that throwing money at South or Central America can resolve the issue. But who are these people?

Just as Trump had suggested, there is a wide variety of people, but a certain subgroup of the whole includes those we would most want to prevent from coming here in the first place. They are bad people with malicious intent.

Here is just one worrisome slice of that subgroup.

Border Patrol agents have arrested 353 illegal aliens with sex-related criminal convictions so far this fiscal year. A large number of the detainees had prior convictions for crimes involving a minor.

The number of criminals illegally crossing the southwest border has spiked in tandem with the border crossing surge this year. Convicted criminals are the most likely population of illegal aliens trying to avoid capture by Border Patrol.

Border Patrol has detected more than 250,000 illegal aliens who have evaded capture so far this year, according to the newly-appointed Acting Border Patrol Chief Raul Ortiz on June 24. It’s impossible to estimate how many have evaded Border Patrol without detection.

“There isn’t a day that goes by that I don’t read a paper or a report from my agents that talks about criminal aliens, sexual offenders that they’ve apprehended out there,” Ortiz said during an event in Del Rio, Texas.

Almost all of the victims of such people, statistically, will be either women or children. Where are those pink-hat-wearing women’s march protesters when they could actually make a difference?

Maybe some intrepid reporter could stick a microphone in AOC’s face and ask her if kids in cages were worth a staged photo-op with bogus tears, what her response would be to hundreds of rapists — including child-rapists — turned loose on the country? That would be, of course, after her leftist buddies guarantee the criminals’ success by defunding the police.

Or is she perfectly fine with that because the victims will be some stranger’s kid in some neighborhood that doesn’t have private security, so long as her party gets to stay in power and push legislative policies that she values far more than she does those lives?

Would it make a difference if she realized how many of those victims were poor or minorities?

Nah. Probably not. After all, her party has hitched their wagon of political success to open borders immigration policy. We know because we have it in Palmieri’s own (leaked) words, “The fight to protect Dreamers is not only a moral imperative, it is also a critical component of the Democratic Party’s future electoral success.”