Iran’s Supreme Leader Calls For Gun Control In US 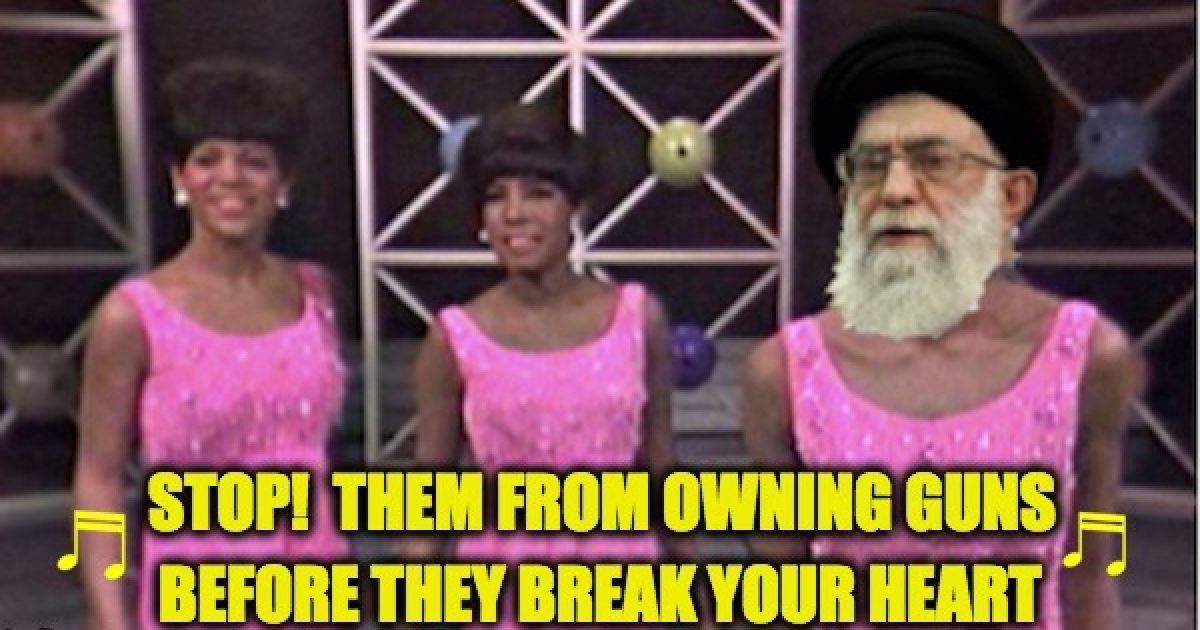 Now, this is a great argument AGAINST gun control. In a series of tweets issued Sunday, Ayatollah Seyed Ali Khamenei, the , er…the Supreme Leader of Iran and buddy of former President Barack Obama, advocated for gun control in the United States.

In US, 100s are killed every week by homicide for no crime,—no reason—not at the hands of police, as US police brutality is a separate issue. The accessibility of guns leads to homicide; it’s created problems for a country like US, everyone admits, fears, & is concerned about it.

“No one dares apply the clear solution to the promotion of guns and homicide in America. What’s the solution? It’s to make guns illegal,” he tweeted.

Or we can do what the supreme leader does in his own country, just cut people’s hands off.

No one dares apply the clear solution to the promotion of guns and homicide in America. What’s the solution? It’s to make guns illegal.

He wasn’t finished echoing typical liberal talking points (which he probably learned while negotiating with his good buddy Barack:

Gun companies are so powerful that House representatives and U.S. senators don’t dare pass prohibition of guns, and U.S. president doesn’t dare speak out, rise against it. This is corruption.

Not only is his statement false, but ironically in Iran, no one dare speak about the Supreme Leader in less than glowing terms.

Corruption means domination of a mafia greedy for power & wealth, in a way that the big political & military system like U.S. won’t dare stand up for prohibition of guns—which is clearly positive. This is due to lack of spiritual ideals, leading western societies to this point.

“Now, why or why would Khamenei want Americans disarmed? Surely he’s just worried about our safety and well-being, right?” Twitchy asked sarcastically.

Twitchy went on to say that leftists will probably cheer Khamenei “because he agrees with disarming and making us defenseless.”