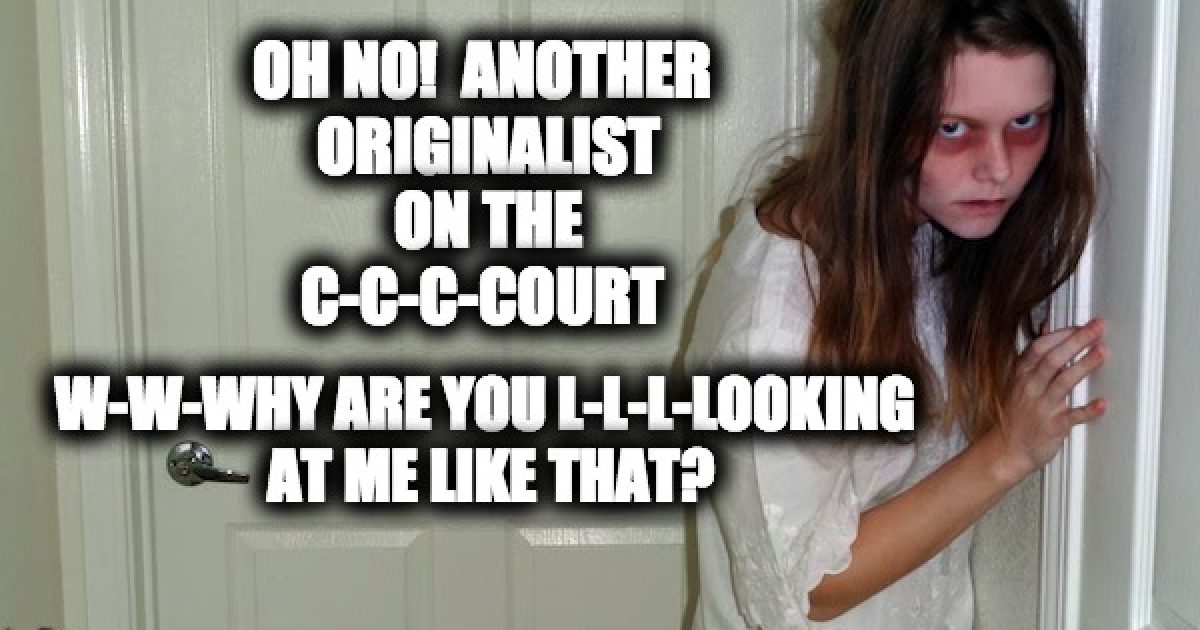 Since late in June when the “swing-vote” Supreme Court Justice Anthony Kennedy announced his retirement, liberals have been losing their minds over the fact that President Donald Trump will have a second opportunity to place a new justice on the nation’s highest court. But why are they so insane over a single Supreme Court judge? It’s all about pushing their agenda in the single most un-American way possible; through the courts.

The hatefest revved up almost as soon as Kennedy announced his plans to leave the bench, of course. Worse the left was already saying that Trump’s “nominee” was something worse than Hitler… and he hadn’t even made a choice yet.

PJ Media’s Jim Treacher explained it perfectly on the morning Trump actually announced his Supreme Court nomination of Circuit Judge Brett Kavanaugh of the Court of Appeals for the District of Columbia. Treacher noted that for days ahead of Trump’s announcement, the left was railing about how lousy nomination of [fill in the blank] was for the nation.

Indeed, the hate for any and every nominee was at such a fever pitch — and it mattered so little who Trump actually picked — that the imbeciles from the anti-American, anti-Semitic Women’s March sent out a press release full of rancor about that darn nominee… but left X’s where the name was supposed to be, proving that they had written the press release long before trump picked anyone and it didn’t matter WHO he picked.

When you pre-write your press release slamming Trump’s SCOTUS pick but forget to add the name…. pic.twitter.com/5GiEJXMHUR

Even the Democrat National Committee was filled with more indignation than facts when the Party jumped to its blog page on the Medium.com blogging platform to slam Brett Kavanaugh… but featuring a giant photo of the wrong judge.

On Tuesday, the DNC wrote a blog post warning acolytes to oppose Trump’s nomination of Kavanaugh, but instead of a photo of Kavanaugh, the party included a picture of Judge Thomas Hardiman.

As I explained at Breitbart News:

The party’s blog post on its official Democrat National Committee Medium.com blog page went live early on Tuesday afternoon warning that “Judge Kavanaugh should not be allowed anywhere near our nation’s highest bench.”

Unfortunately for the DNC, the party featured an image of Judge Thomas Hardiman at the top of the post instead of Judge Brett Kavanaugh. Hardiman was one of the other judges that President Trump was reportedly considering for the high court. But on Tuesday evening, Trump announced that Brett Kavanaugh would be his pick to replace the retiring Justice Anthony Kennedy.

Several hours later the party removed the tweet and corrected the main photo on its blog post.

Then there were the shrill idiots full of doom and gloom over the nomination. Former Clintonista and Democrat Governor of Virginia Terry McAuliffe actually said we are all gonna die with Brett Kavanaugh on the court.

“The nomination of Judge Brett Kavanaugh will threaten the lives of millions of Americans for decades to come and will morph our Supreme Court into a political arm of the right-wing Republican Party,” McAwful tweeted.

And this mental midget was serious!

So, with all this rending of garments and the wearing of sackcloth and ashes, you might ask… what’s all the hubbub bub? Why is the left so up in arms over one Supreme Court Justice?

The answer to that is that controlling the courts — especially the Supreme Court — is their main avenue of forcing their un-American agenda on the nation. They know that whenever they push their hardcore, left-wing agenda in Congress, it usually gets tossed out because there is no way a majority would ever vote to make law on their crazy leftist nonsense.

However, if they get just one or two judges to substitute their left-wing agenda for law and force the issue by legislating from the bench, then they win above the will of Congress and especially above the will of the people of the United States of America.

Indeed, over the last 50 years, the courts have been how the left has pushed its left-wing policy preferences not to mention their social and cultural agenda. So, when they are able to put litmus tested, left-wingers on the bench from the lowest to the highest courts they know that they don’t have to worry about crafting laws or getting votes. All they need is some compliant, un-American judge somewhere to make fiat laws out of whole cloth.

In the end, the left’s tactics in our courts are the most un-American way to get policy put into place. Our judges were meant to read the law, not invent it. And liberals work quite directly to destroy the very character of our court system by putting in place judges that will create fake laws without a single “lawmaker” having to lift a finger to get the job done.