Substation Sabotage in Washington State Leave 14,000 Without Power on Christmas 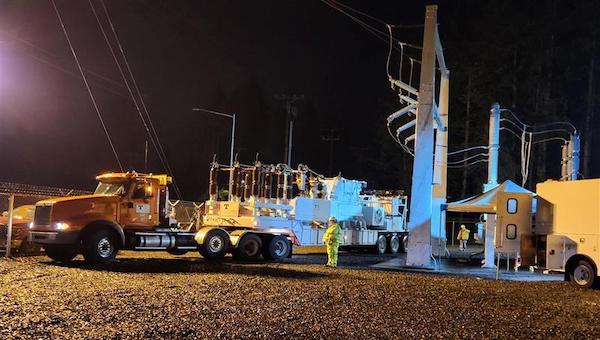 .Four substation attacks in Washington state left 14,000 customers without power on Christmas. The Pierce County Sheriff’s Department reported that the four substations were targeted in a series of break-ins. In one of the attacks, the perpetrators attempted to start a fire inside the substation. Equipment was damaged in each case. Police are unsure whether these recent attacks on substations are coordinated.

1/2 All our customers are back online after the intentional damage to our system yesterday. We appreciate everyone’s patience while our crews worked overnight and into this afternoon on restoration. We were able to deploy a mobile substation to restore power. pic.twitter.com/wloRkJwE3K

Tacoma Public Utilities and Puget Sound Energy had intentional damage to various substations. The fourth power station was in Pierce County and was reportedly on fire when repair persons arrived at around 7:30 a.m. Sunday. Power has since been restored to the areas where the power outages occurred.

Substation attacks: are they related?

“Anti-government groups over the past two years have used online forums to urge followers to attack critical infrastructure, including the power grid. They have posted documents and even instructions outlining vulnerabilities and suggesting the use of high-powered rifles.” CNN

Are these attacks related to others in Washington, Oregon, and North Carolina? Are they actually “anti-government groups” or other types of terrorists? Assuming these are related, they could be anything from ANTIFA (government denies their existence) and other anarchist groups to foreign terror organizations testing the power grid for vulnerabilities. Investigators are probing the incidents, but with the attitudes and bias of federal investigators, real answers may be a while in coming. Local police are requesting that anyone living in the areas where the vandalism took place please check any surveillance cameras for suspicious activity.