Will Ignorance of the Constitution, Gullibility, and Stupidity Doom Our Nation? 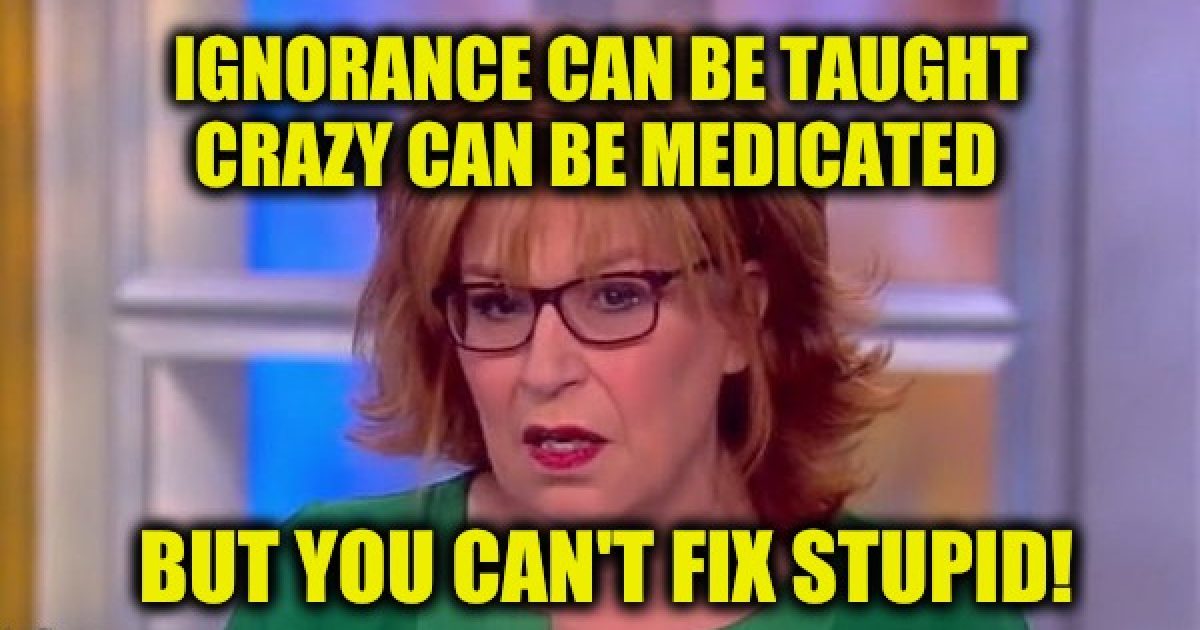 I rarely use the word “stupid” to describe people, but sometimes no other word will do. Stupidity is not the same as a lack of intelligence. There are a lot of book-smart people — the test takers — who say and do stupid things.

I’ve been watching some episodes of the “The Carbonaro Effect” on Netflix.

The Carbonaro Effect is an American hidden camera/practical joke reality television series. The show debuted on April 1, 2014, and is currently airing on truTV. The show is hosted by magician and prankster Michael Carbonaro. He performs tricks on people caught on hidden camera. At the end of each trick or practical joke, he refers to the fictional “Carbonaro Effect.”

Why would anyone ever believe what Michael Carbonaro is doing is real? It defies logic. It’s obviously a trick, like today’s governmental policies that promise prosperity from thin air — something from nothing. People vote for scammers. Yes, both parties have them, but the Democrats have more of them.

Democrat Congresswoman Alexandria Ocasio-Cortez has been promoting universal Medicare for all and free college tuition. She said, “We should treat healthcare, housing, and education as rights.”

“Medicare for all, is it too expensive?” Jorge Ramos asked.

Someone’s going to pay for it. That will mean empowering the government to take even more money from some people so it can be given to other people. Why stop with free college and free healthcare? Why not free housing, free clothing, and free food? Oh, wait, we already do that and a whole lot of other so-called free stuff.

Now we get to ignorance from people who should know better. Joy Behar of “The View” just expressed her ignorance to millions of people, most of whom did not know the ignorant thing she said.

Behar claimed that one of the reasons the Democrats lost seats in the 2018 midterm election is because of Gerrymandering, named after Massachusetts Governor Eldridge Gerry (1744-1814).

Gerrymandering is the name given to the tactic of changing the geographic borders of voting districts to make winning easier for the political party in power, protecting incumbents, or carving out territory for minority populations known as “majority-minority districts.”

“Because of gerrymandering,” Behar interrupted.

Dowd quickly corrected her, but apparently many people did not understand why what Behar said was wrong. Do you know?

Gerrymandering can only take place in congressional races. Senators are elected statewide. Every state gets two Senators. That’s every state. There are no districts to Gerrymander when it comes to the Senate. This is Junior High stuff. Actually, it might be Elementary School stuff.

I still remember the caricature of Gerrymandering from one of my textbooks from long ago. 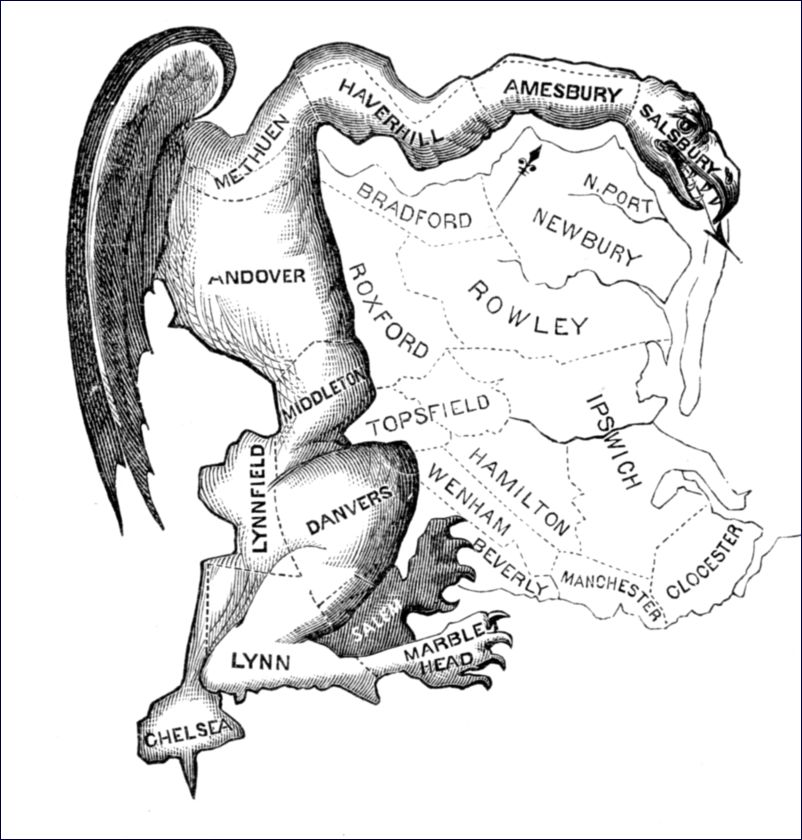 Printed in March 1812. The district looked like a salamander. The word gerrymander was a blend of that word and Governor Gerry’s last name.

In addition to the ignorance about Senatorial Gerrymandering, some numbskull claimed that it was wrong that Democrats got more total votes for Senate and lost at least two seats:

The 2018 midterm elections brought significant gains for Democrats, who retook the House of Representatives and snatched several governorships from the grip of Republicans.

But some were left questioning why Democrats suffered a series of setbacks that prevented the party from picking up even more seats and, perhaps most consequentially, left the US Senate in Republican hands.

Among the most eye-catching was a statistic showing Democrats led Republicans by more than 12 million votes in Senate races, and yet still suffered losses on the night and failed to win a majority of seats in the chamber.

Do you know why? First, there were more Democrat seats up for election in 2018 than Republican Seats. Second, the one open seat in California had two Democrats vying for the seat with a total of 6,297,952 votes. Third, each state gets two Senators no matter what the population. For example Montana case a total of 491, 246 votes for the Senate. Fourth, originally senators were elected by state legislatures. This changed with the passage of the 17th Amendment in 1913.

Our constitutional framers did not trust having a powerful national government. That’s why they developed a system of checks and balances. The Senate was designed to protect the states. The Electoral College was designed for the same reason.

If the ignorant, stupid, and gullible get their way, our nation will be governed by California, New York, and other states with large city populations that depend on confiscatory taxing policies.