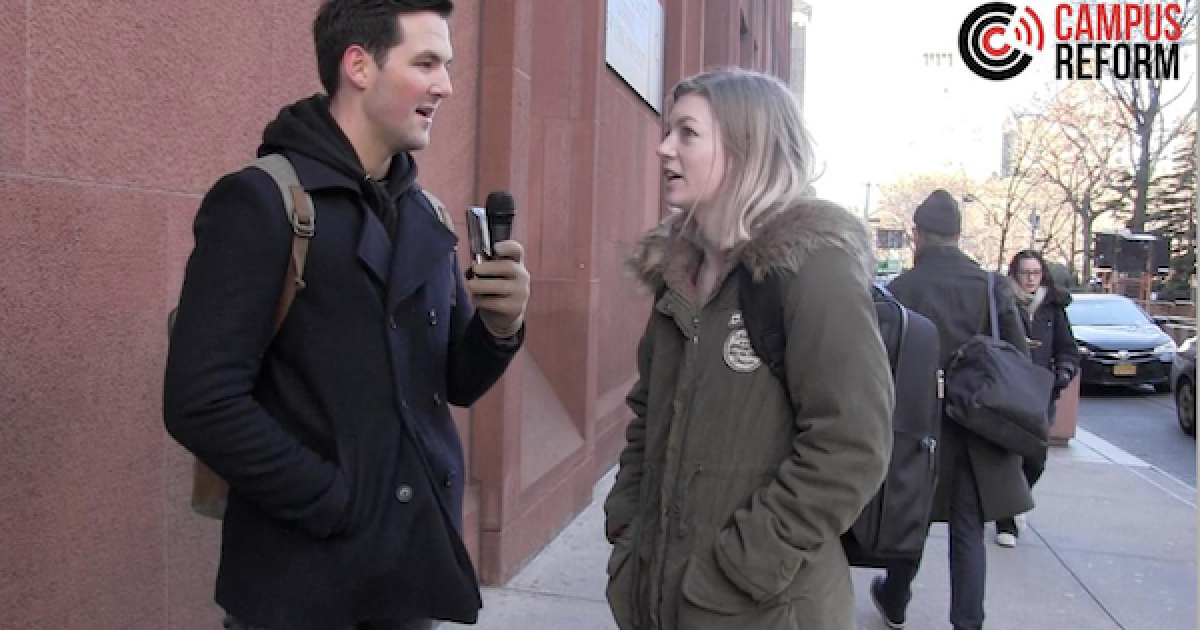 There’s a horrible disease spreading around New York University (NYU) and many other campuses across America, it’s called Trump Derangement Syndrome. Last Tuesday, one week before Trump’s State Of The Union Address (SOTU), Cabot Phillips of Campus Reform visited the campus to ask students what they thought of the President’s SOTU. The students hated it, even though it hadn’t happened yet.

NYU’s contribution to the future of America described the speech as;  “racist,” ” it’s something that I wouldn’t have expected to happen in like our lifetime,” “hopefully everything that he’s outlined can be overturned by the public opinion,” “I think it reveals that he has the temperament of a three-year-old people,” and much, much, more.

My personal favorite is the student who described an incident that happened during the SOTU that didn’t happen yet, “One of the craziest moments when he started a build a wall chant with all the Republicans.”

Sadly this video proves the limited knowledge of current events had by these young students. They have become like lemmings. The everyone gets a trophy, no one loses, everything is done for them, hide in safe spaces generation has never learned how to think for itself because they have been spoon-fed since birth. And what they are being spoon fed is liberalism.

An article in the January 2017 issue of Boston Magazine spoke about research conducted by Samuel Abrams, professor of politics at Sarah Lawrence College, in New York. Abrams tabulated 25 years of worth of statistics from the Higher Education Research Institute and learned that in New England colleges, liberal faculty outnumbers conservative faculty by a ratio of 28 to 1. The rest of the country has a ratio closer to 5 liberals for each conservative professor (83%), slightly better but still an indication that our kids in college are being brainwashed. According to the study, the Liberal-Conservative ratio has gotten much wider in the past twenty-five years.

The NYU student responses in the video below is a result of the liberalism of the professors spoon-feeding them anti-conservative hate.