Latest Liberal Lunacy “The Straws That Ate America” Or Something 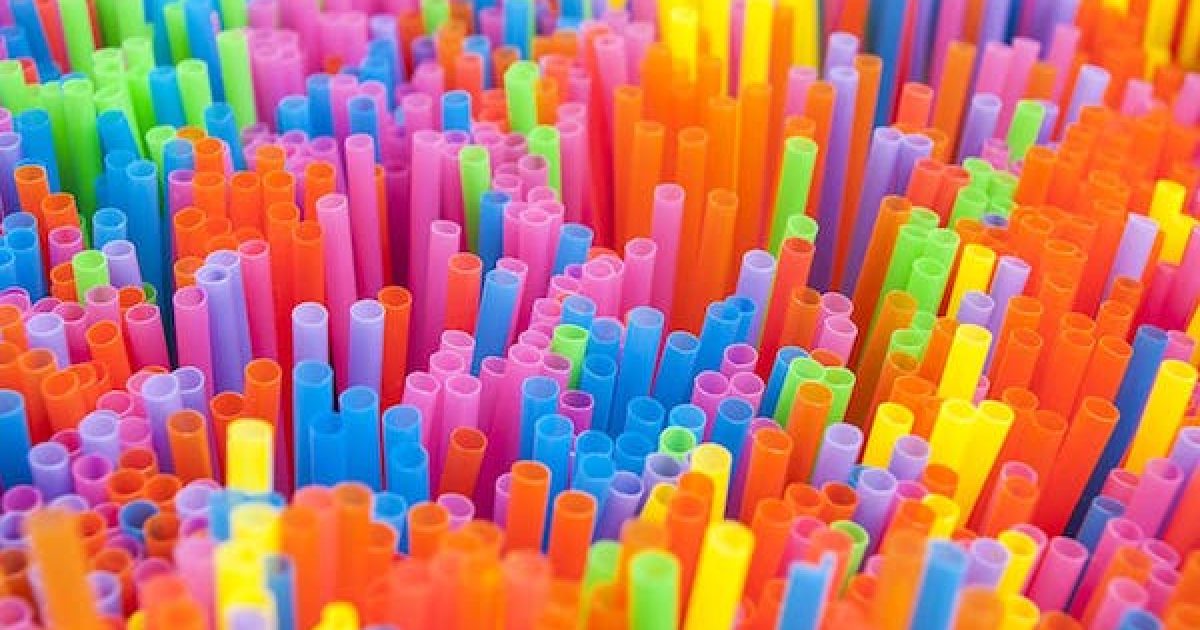 This is from the same people who brought you lightbulbs too dim for one to read and toilet bowls that don’t flush. The latest feel-good foolishness from the enviro-wacko left is the drive to ban plastic straws. Liberals have puffed themselves up as saviors of mother earth by exclaiming their sudden hate for the sinister sippers. But, naturally, it is all nonsense, just sturm und drang, sound and fury signifying nothing.

As Eater.com noted, the move to ban straws is gaining momentum:

Many cities have passed, or are in the process of passing, resolutions and all-out straw bans — particularly in areas near the coasts, where plastic waste tends to be more visible. Earlier this month, Seattle enacted its ban on plastic straws and utensils. UK Prime Minister Theresa May has proposed to ban plastic straws, drink stirrers, and plastic cotton buds by the end of 2018.

Alaska Airlines eliminated plastic stir straws and citrus picks from its flights in May. SeaWorld has also vowed to remove plastic straws and bags from its parks; Royal Caribbean Cruises and Ikea also announced bans. A&W Canada announced plans in June to begin switching to paper straws, following in the footsteps of another major Canadian operator of chains like the Keg and Swiss Chalet. Meanwhile, regional chain Burgerville has thrown its support behind Portland, Oregon’s efforts to reduce single-use plastics, and plans to begin testing straw alternatives. Intelligentsia Coffee also confirmed on July 10 that it will remove straws from its 10 coffee bars in Boston, Chicago, Los Angeles, and New York City beginning July 15.

Now, with Starbucks also declaring this week that it will abandon plastic straws by 2020 in favor of (plastic) sippy cup lids and compostable plastic straws, the rest of the food industry will likely be even more compelled to take up the anti-straw cause.

Before we go on let’s talk about the joke that is the Starbucks response to all this.

Not surprisingly, Starbucks jumped up to virtue signal to beat the band by announcing a ban on plastic straws from its nation-wide coffeehouse chain. As is to be expected, all the usual suspects slobbered all over themselves to praise their favorite bean-slinging social justice warriors.

“The World Wildlife Fund and Ocean Conservancy both provided ebullient quotes for Starbucks’ press releases. Liberal magazine The New Republic praised the move as an ‘environmental milestone.’ Slate hailed the Starbucks straw ban as evidence of as a victory for a bona fide anti-straw movement, one that would hopefully lead to bans of more things plastic in years to come,” Reason.com reported.

So, why is this all so absurd? Because Starbucks also announced a new cup lid to replace the straws. Reason did the math and realized that the coffee giant is wasting at least as much plastic with the new lids as it would by banning straws:

Yet missing from this fanfare was the inconvenient fact that by ditching plastic straws, Starbucks will actually be increasing its plastic use. As it turns out, the new nitro lids that Starbucks is leaning on to replace straws are made up of more plastic than the company’s current lid/straw combination.

Right now, Starbucks patrons are topping most of their cold drinks with either 3.23 grams or 3.55 grams of plastic product, depending on whether they pair their lid with a small or large straw. The new nitro lids meanwhile weigh either 3.55 or 4.11 grams, depending again on lid size.

But, Starbucks aside, Glenn K. Beaton, another writer, did some more math, this time on a larger scale.

The average American uses about 300 pounds of plastic a year, or nearly a pound a day. According to the most extreme estimates of plastic straw usage, that includes 1.6 plastic straws a day. (That sounds high, but I’ll go with it.) One plastic straw weighs about 1/67 of an ounce.

Do the math. Plastic straws account for about 0.15 percent of the average American’s use of plastic.

Beaton also noted that the U.S. isn’t really responsible comparatively for much of any of the plastic that ends up in the oceans.

And so according to an oceanographer’s report in the respected scientific journal Physics.org, the great majority of plastic in the ocean doesn’t come from America but comes instead from third world countries. Over half of it comes from just five countries — China, Indonesia, Thailand, the Philippines and Vietnam. And 90 percent of it comes from just 10 rivers in Asia and Africa.

Finally, in a hilarious turn of events, even as the liberals are patting themselves on the backs for saving Mother Gia, one of their favorite grievance groups turned against the whole straw ban idea. It appears that Disability rights groups are not too happy with the straw ban because it makes it harder for people with… well… disabilities to be able to drink things they purchase at restaurants.

“If you think about it, a straw, it seems so small and insignificant. But this seemingly insignificant thing just shows how little those policy makers and business owners pay attention to us, or want to get our feedback,” said Sharon Shapiro-Lacks, a BCID board member and executive director of Yad HaChazakah, a Jewish organization that advocates for people with disabilities.

“Eliminating plastic straws can cause many people with disabilities like myself not to be able to eat or drink in a restaurant, in a cafe … it’s more than just a convenience. It is a necessity for people like us,” she said.

Well, OK, so all that straw business has gone bust. But liberals still have recycling, right?

Not so much. Recycling is going bust, too.

For instance, America used to ship all its recycling tonnage to China. But over the last few years, the bottom has fallen out of the recycling business. According to Colin Flaherty, China used to pay the U.S. $100 a ton for newspaper waste, for instance. Now, China only pays $5 a ton, and that is if they even want to bother with it at all.

Worse, many officials are now saying that recycling is a waste of time:

The people who actually collect the trash in all its forms do not have that luxury. “There was a time a few years ago when it was cheaper to recycle. It’s just not the case anymore,” Christopher Shorter, director of public works for the city of Washington, told the AFP news agency. “It will be more and more expensive for us to recycle,” he said.

Even the Los Angeles Times has figured it out: “Environmentally minded Californians love to recycle – but it’s no longer doing any good,” said the headline. And this is coming from a paper whose official policy is not to publish any letters to the editor that question global warming because everyone knows that it is a scientific fact.

So, the upshot is, once again, we see how empty the left and their enviro nonsense really is.