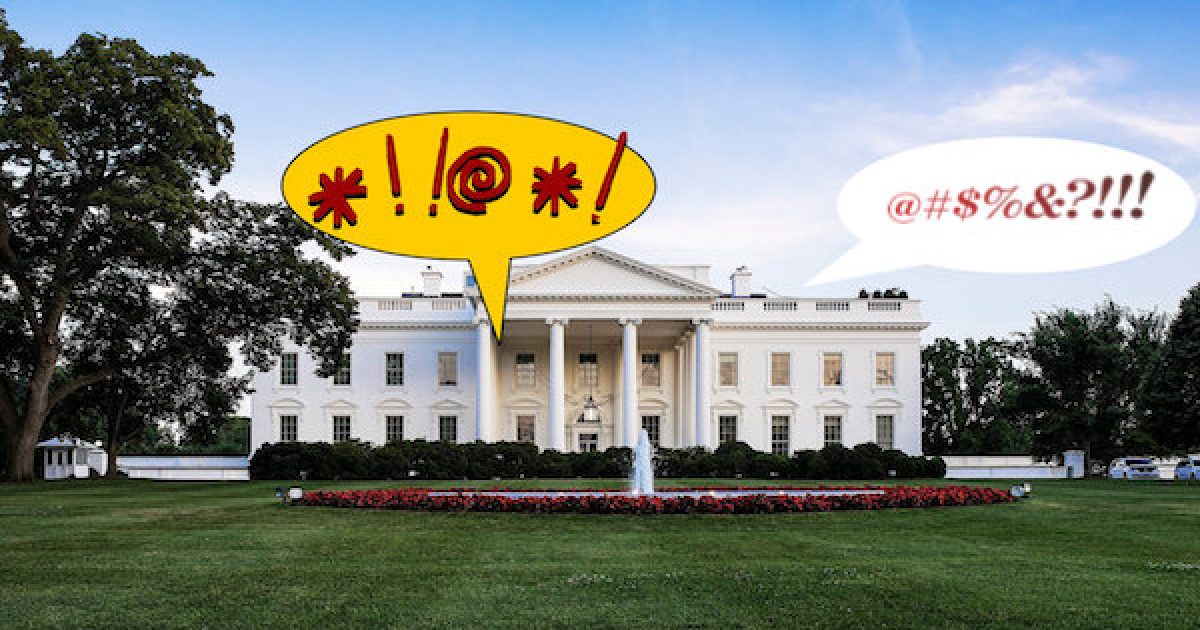 When you see liberals continuing to harangue President Donald Trump for supposedly using the word “s**thole” to describe some rather crappy foreign countries, realize it is nothing but liberal bulls**t masquerading as outrageously outraged outrage.

After all, history being our guide we knew that practically every president has engaged in potty-mouthed rhetoric and many even racial epithets and “hate” speech. So, let’s ignore this crap and move on.

Some of our past presidents were notorious racists. Despite being the darling of the left, Woodrow Wilson was 100 percent positive that blacks were in no way whatever an equal to whites and he led his life opposing any black advancements. Franklin Delano Roosevelt even sent Asian Americans to internment camps, for Pete’s sake and wouldn’t let Jews escaping Hitler into the country because he thought the US had enough Jews.

One of the most profane presidents was “the president of the common man,” Andrew Jackson who called people names at the drop of a hat. Another very profane man was Lyndon B. Johnson.

Johnson was not only a profane man, he was a crude, unprofessional, loudmouth. A perhaps little-known recording of LBJ ordering a pair of pants from the Haggar clothing company is a perfect example of how the Texan was not the sort of person who was a good fit around polite company. He even belches right into the phone during the conversation.

Here is how crude LBJ was if you can stand to listen to it:

But LBJ said far worse things than that. He is infamous for hating blacks. Johnson, for instance, used the N-word all the time. He even called the 1965 Civil Rights Act the “ni–er bill.” He also called the Vietnamese those “hordes of barbaric yellow dwarves.” LBJ once likened the difference between a Senator and a Representative to “the difference between chicken salad and chicken s___.”

In June 1979, as Sen. Ted Kennedy pondered a primary challenge, Jimmy Carter convened a group of congressmen at a White House dinner, and was quoted as saying,”If Kennedy runs, I’ll whip his ass.” Carter was also a bigot. As President, Carter even rejected someone for a position on the board of the Holocaust Memorial Council because the guy’s name was too Jewish

In 1973, journalist Merle Miller published a collection of taped conversations and interviews with Harry S. Truman, in which the deceased former President was quoted calling General MacArthur a “dumb son of a bitch.” (John F. Kennedy used the same term to refer to Canadian Prime Minister John Diefenbaker.)

But, The Hill newspaper recently noted a whole list of more modern presidents who used very salty language, including both Bushes, Clinton, and even Ronald Reagan.

“One of the more profane presidents in recent history was Richard Nixon,” the newspaper reported. “Nixon was caught on White House tapes using numerous vulgarities, including some offensive terms about gay people.”

Other instances include Reagan, who liked to call people SOBs, Obama, who called Mitt Romney a “bullsh***er,” George W. Bush who said some of his cabinet members “never made a fu**ing decision,” and Bill Clinton who once said on an open mic that he wasn’t going to take any “s**t” from anyone during an interview about his wife’s last, doomed run for the White House.

The media was all over the charges Michael Wolfe made about President Trump in In his book. But during the campaign, there was silence about the fact that in the book American Evita on page 50, Christopher Anderson writes relates a 1973 anti-Semitic incident where she Hillary Clinton refused to enter a home that a menorah on its door. She sent Bill to talk to their friend whose house she wouldn’t enter,. According to the friend and another eyewitness, Bill said, “I’m sorry, but Hillary’s really tight with the people in the PLO in New York. They’re friends of hers, and she just doesn’t feel right about the menorah.”

The MSM has hyper-focused on the supposed s**thole comments made by president Trump for five days now, but they were awfully quiet during the 2016 campaign when it was revealed that in 1974 when Bubba lost an election for the US House of Representatives from Arkansas Hillary went crazy on his campaign manager.  According to the former campaign manager Paul Fray, After the defeat, she turned to her then boyfriend’s campaign manager Paul Fray and called him a “”f**king Jew b*stard.”

James Baker, the secretary of state for George H.W. Bush once said, “F**k the Jews, they won’t vote for us anyway.”

Vice presidents have also been known to indulge the occasional swear word. You’ll remember that Dick Cheney called a reporter an a-hole, and he knew others could hear him when he shouted “Go f**k yourself” to Vermont Senator Patrick Leahy on the Senate floor. Joe Biden was known for telling his boss that Obamacare was a “big fu**ing deal,” and FDR’s first VP, John “Cactus Jack” Garner once said that the vice presidency “wasn’t worth a warm bucket of s**t.”

When Biden was running for president in 2018, he made a bigoted comment about people from India, “I’ve had a great relationship. In Delaware, the largest growth in population is Indian-Americans moving from India. You cannot go to a 7-Eleven or a Dunkin’ Donuts unless you have a slight Indian accent. I’m not 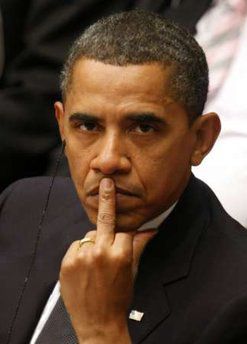 Barack Obama’s cussing usually wasn’t vocal. His habit was flipping the bird at people who made him angry. And like a third-grader, he tried to do it subtly.

So, it really is totally common for our top leaders to use profanity. One presidential historian insisted that we need to all reign in our outrageously outraged outrage.

“I have interviewed six presidents of the United States,” author Doug Wead told the paper. “I have traveled with them. I have been in their homes. They’ve been in my home on multiple occasions. I have flown on Air Force One with them and commercial jets and private jets and car caravans and Winnebagos. Went to Disney World with one. They all have used the ‘S-word.’ Even that old gentleman, Ronald Reagan, would sometimes occasionally, rarely use the ‘F-word.’ So, the White House is going to endure.”

Finally, we have to remind everyone that the meeting in which Trump supposedly uttered the “s**thole”” comment was a private meeting, not a public one. And this is also an important mitigating factor.