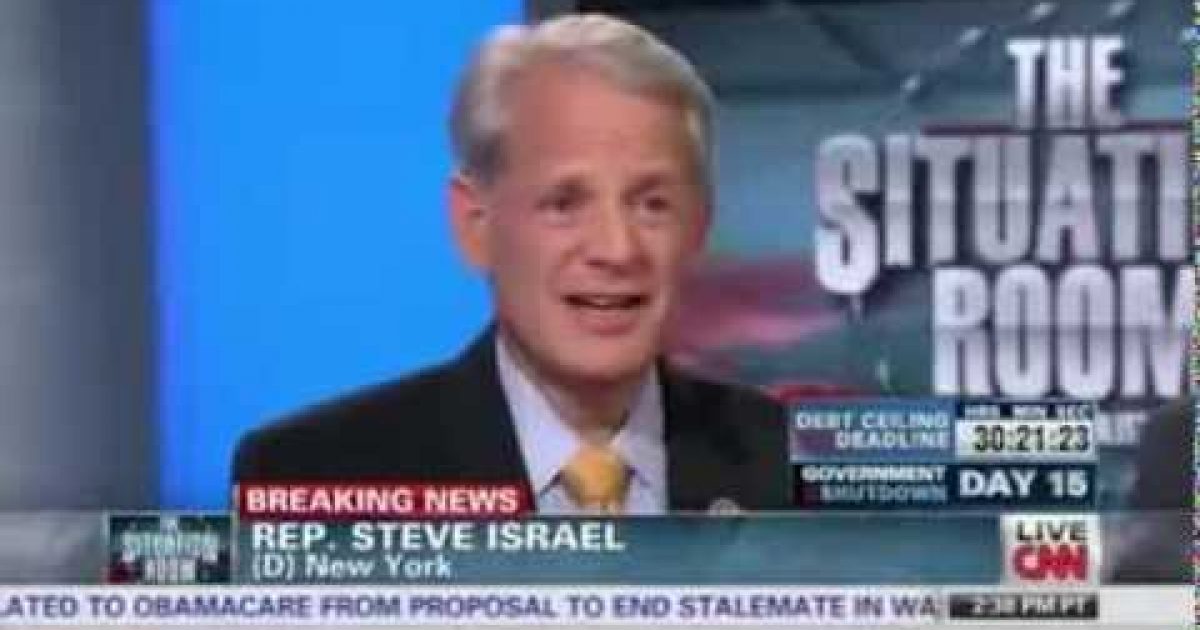 My “Representative” Steve Israel is more than someone with whom I disagree with politically. He is a man with the moral fiber to stiff a Synagogue out of thousands of dollars when he decided to move (a debt that was eventually paid by an anonymous donor when a member of the Synagogue’s board threatened to release the info to the press-yes that was me).

In his latest display of  consistently and moral fiber, Israel the DCCC chair, appeared on CNN to bash the GOP for holding up the debt ceiling negotiation. During the course of the appearance he admitted voting against raising the debt ceiling many times,  but he wouldn’t discuss whether or not he regretted voting against raising the debt (they didn’t ask if he regretted stiffing his old Synagogue)