Steve Bannon Predicts A Mid-Term Wave, But Not The One You Think 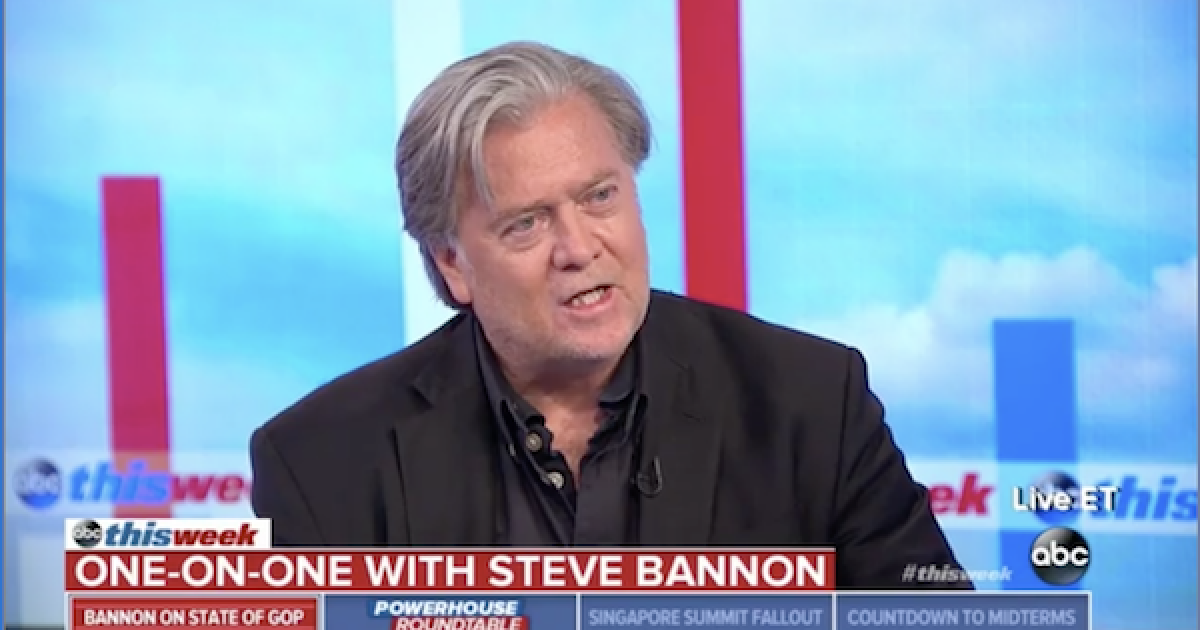 Is it too good to be true? Usually, I’d just say that Bannon is partaking in some “wishful” thinking, but he’s also the man that predicted a Donald Trump victory long before anybody else believed it possible. Remembering that, makes me wonder if I can be a bit more hopeful and being to daydream about a GOP victory in November?

Along with the Bannon prediction, we know the President’s job approval is rising and the large Democratic lead in the generic congressional ballot has shrunk considerably. If the economy continues to boom, who knows he may be correct.

I’m still dubious about a GOP “wave,” but I am beginning to think that the Democrats will have their work cut out for them to win back the House. What was looking like a sure thing just a few months ago, is now a toss-up, and the GOP indeed does have an opportunity to hold on to the House… which is something almost no one would have believed in the Winter.

In discussion with ABC’s Jon Karl on This Week, Bannon told the host that he was “proud” of the work that President Trump has done so far and he believes that work will lead to a BIG GOP victory in the Midterms.

However, that comment did come after an embarrassing back and forth where the host reminded Bannon of some of the cringe-worthy things that President Trump has said about him over the last year.

Steve Bannon: Donald — Donald — Donald Trump is accomplishing everything he committed to the American people on the campaign that I stepped in as CEO (ph). I couldn’t be prouder of the guy. All he’s got to do is continue to hit those marks on that whiteboard and he’s going to run the tables — you’re not going to —

Jon Karl: Are you talking to him, though? Are you —