What A Horrid Take 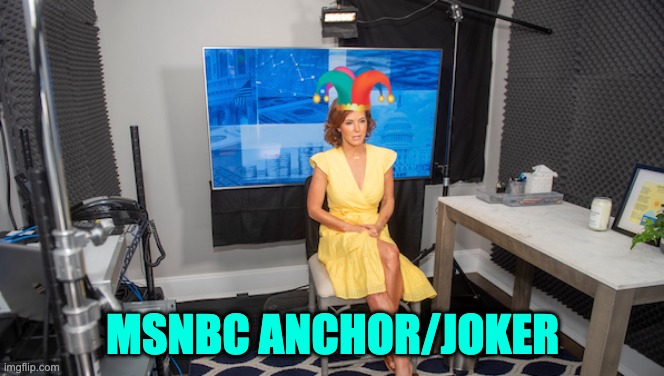 The White House is in a serious state of dysfunction at the moment, and the American consumer is suffering mightily on account of that fact.

From the moment that Joe Biden took office, it appeared as though the weight of the job was just too much for him.  To begin with, he was a reluctant candidate, and he really hasn’t expressed much gusto since taking the job either.

And so, with inflation soaring just in time to royally roil Christmas for Americans, the liberal media is doing their damnedest to somehow defend our egregious economic status.

Over at MSNBC, this included the suggestion that Americans could afford more expensive groceries, and so they should.

MSNBC’s Stephanie Ruhle argued Americans have to put the high inflation rate and rising costs of food and other everyday items “in perspective” on Sunday.

The consumer price index rose 6.2% year over year in October, according to the Department of Labor, the largest annual gain since November 1990. And prices rose 0.9% month over month.

But the soaring costs, Ruhle said on NBC, were expected after the worldwide pandemic, before telling anchor Willie Geist that Americans “on average” can actually afford the higher prices.

“The dirty little secret here, Willie, while nobody likes to pay more, on average, we have the money to do so,” she said. “Household savings hit a record high over the pandemic, we didn’t really have anywhere to go out and spend.

Now we know where the White House gets their news and it explains so much. This is the sort of stuff that will cause the Democrats to really lose and I’m okay with that. https://t.co/pIDR7mZaJe

Of course, this had social media users incensed, with many suggesting that Ruhle was speaking from a prosperous perch that many average Americans just could not abide by.

From the moment that Joe Biden took office, it appeared as though the weight of the job was just too much for him.  To begin with, he was a reluctant candidate, and he really hasn’t expressed much gusto since taking the job either.