Guess Who Is Stealing MILLIONS in Welfare from Minnesota? 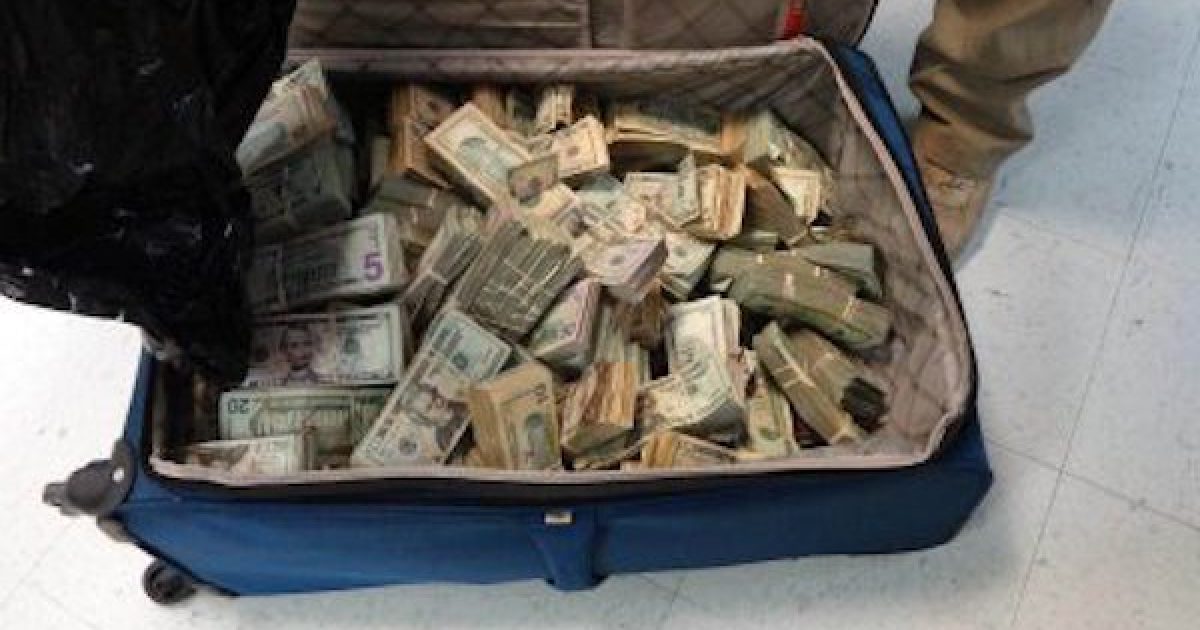 They came to the U.S. as “refugees,” but it has been discovered that many Somali immigrants are stealing hundreds of millions in American welfare money that they are literally shipping back to Africa stuffed in suitcases. Worse, the cash is going to fund the various Islamist terror armies there.

It has come to light that these Somali terrorists living among us have a long list of tactics to steal America’s benefits, but one was revealed by Fox 9 in Minneapolis with an investigation that found that Somalis were using a sham daycare center system to bilk the American people out of welfare cash.

During its 5-month investigation into the story, Fox 9 KMS tracked the funding flowing into the daycare center and found it was being sent outside the U.S. Fox also found “dozens” of other fraudulent centers doing the same thing.

But this has been going on for years already, and everyone knew it.

In 2015 a Minneapolis woman was charged in a $14 million fraud case. But she fled back to Somali just before trial.

Deqo daycare center, which had three locations in Apple Valley, St. Paul, and Minneapolis was shut down in 2013 due to licensing violations and prosecutors charged husband and wife Ahmed Aden Mohamed and Yasmin Abdulle Ali for bilking the state out of nearly $3.7 million, $3.1 million of which was collected from April 2012-January 2013. The duo had recruited more than 100 parents to enroll their own children in the program.

Much of this came to light the year earlier after the Minnesota Department of Health and Human Services (DHS) geared up its fraud unit.

DHS’s Office of the Inspector General’s (OIG) report for 2014 stated that “The OIG is seriously concerned about a pattern of child care fraud activities that involves deception and exploitation. It begins with recruiting parents as child care center employees with the condition that they enroll their children in a child care assistance program (CCAP) to ensure public funds revenue for the business; the scheme ends with exploiting four sets of victims: the children, parents, those on the Child Care Assistance Program waiting list and taxpayers.”

Naturally, the next year Ali disappeared and escaped American justice.

Originally Ali was charged and held with bail set at $1 million. Ali argued that the $1 million was too high, so the court reduced it to $200,000. Prosecutors were very concerned that Ali could be a flight risk and argued against the change in bail. Ali’s attorney argued that with six children at home it was unlikely Ali would flee before her Sept. 19, 2016 trial.

The Somalis scammed the government by claiming that the centers were filled with children that were there all day. Of course, the truth was that there weren’t any children at all.

The money is carried out by Muslim operatives who work outside the banking system called a Hawala. Many Muslim nations (and areas inside some Muslim countries) do not use the international banking system. Some claim it is because western banking violates their religion, in other cases, it is because they simply don’t have the banking infrastructure where they live.

In any case, the U.S. government allows this Muslim tradition to continue and will enable Muslims to fly out of the country carrying any amount of cash they want as long as they declare the amount on customs forms. These Muslims are literally taking out millions in U.S. dollars.

On the morning of March 15, Fox 9 chased a tip about a man who was leaving the country. Sources said he took a carry-on bag through security that was packed with $1 million in cash. Travelers can do that, as long as they fill out the proper government forms.

Fox 9 learned that these cloak-and-dagger scenarios now happen almost weekly at MSP. The money is usually headed to the Middle East, Dubai and points beyond. Sources said last year alone, more than $100 million in cash left MSP in carry-on luggage.

And where is that cash going once it gets back to Somalia? For one, the terror group al Shabaab.

Kerns discovered some of the money was being funneled to a Hawala in the region of Somalia that is controlled by the al Shabaab terrorist group.

“I talked to a couple of sources who had lived in that region and I said, ‘If money is going to this Hawala do you think it is going to al Shabaab?’” said Kerns. “And he said, ‘Oh definitely, that area is controlled by al Shabaab, and they control the Hawala there.’”

He said when the money arrives, whether it was intended for legitimate purposes or not, al Shabaab or other groups demand a cut.

Great. So, these millions in cash… actual cash, not electronic transfers… are being fed directly to Somali terrorists. And the U.S. government is just letting these people carry it right out under our noses.

The constant success these terrorists are finding in defrauding the government — both the state and the federal government — is emboldening them to even more theft.

A trend all too familiar to former terrorism investigator Glen Kerns.

Fox 9 asked him how likely it is that some of the money is going towards terrorism?

“I say absolutely, our sources tell us that. Good sources, from the community leaders,” he said. “My personal opinion is we need a nationwide task force to clamp down on this type of fraud.”

This crime is spreading. Sources tell Fox 9 fraudsters in other states are now using the Minnesota playbook to rip off millions of public dollars meant to help kids.

So, what has the federal government done about all this? So far it appears to be nothing.