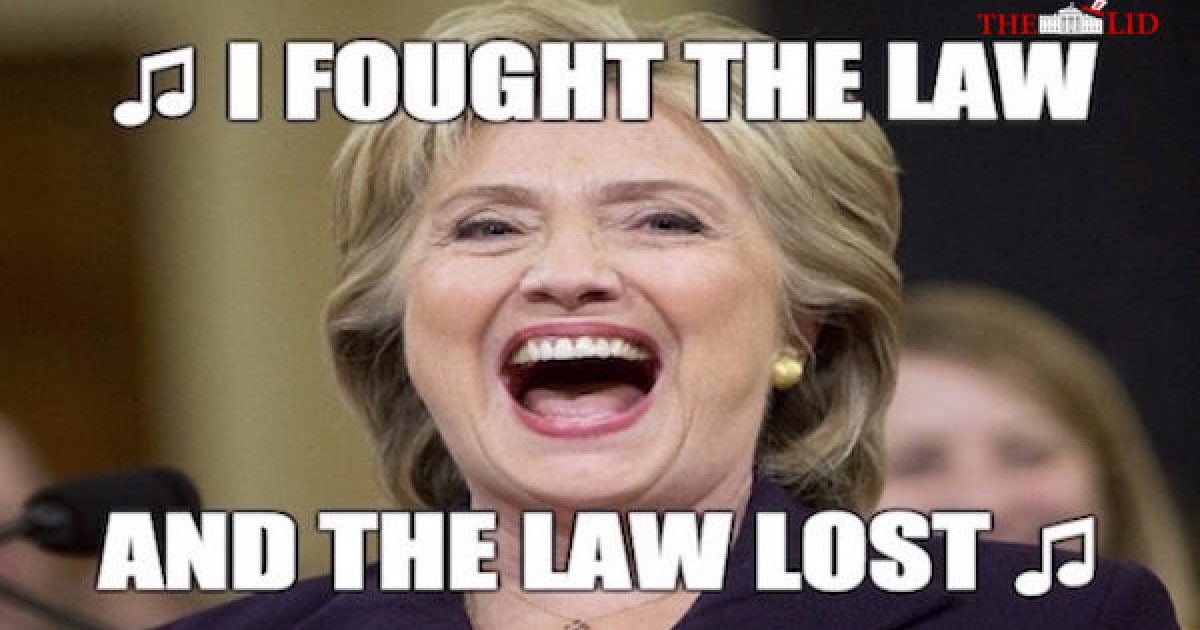 The violations came to light in a letter sent by the department to Iowa Republican Sen. Chuck Grassley, who is overseeing the security review (full letter embedded below)

“To this point, the Department has assessed culpability to 15 individuals, some of whom were culpable in multiple security incidents,” wrote Mary Elizabeth Taylor, the State Department’s Assistant Secretary in the Bureau of Legislative Affairs. “DS has issued 23 violations and 7 infractions incidents. … This number will likely change as the review progresses.”

President Trump noted how big this news is with a Tuesday tweet saying:

Wow! The State Department said it has identified 30 Security Incidents involving current or former employees and their handling of Crooked Hillary Clinton’s Emails. @FoxNews This is really big. Never admitted before. Highly Classified Material. Will the Dems investigate this?

Sorry, Mr. President but the Dems don’t have the guts to investigate one of their own, especially when one of the royal Clintons is involved.

“Given the volume of emails provided to the Department from former Secretary Clinton’s private email server, the Department’s process has been necessarily more complicated and complex requiring a significant dedication of time and resource,” Taylor added in her letter to Grassley. Taylor also said that there may be consequences as a result of the investigation.

“In every instance in which the Department found an individual to be culpable of a valid security violation or three or more infractions, the Department forwarded the outcome to the Bureau of Diplomatic Security’s Office of Personnel Security and Suitability (DS/PSS), to be placed in the individuals’ official security file,” Taylor wrote on June 5. “All valid security incidents are reviewed by DS and taken into account every time an individual’s eligibility for access to classified information is considered. This referral occurred whether or not the individual was currently employed with the Department of State and such security files are kept indefinitely.”

Except when HRC is involved, as she is allowed to Bleachbit her files. As you may remember Hillary said she “never received nor sent any material that was marked classified,” but the FBI found 110 emails did contain classified information and those emails may have been a gift to China

At the end of January, the Epoch Times reported the Intelligence Community Inspector General (ICIG)  informed the “FBI in 2015 that a forensic review of Hillary Clinton’s emails unearthed anomalies in the metadata of the messages. The evidence in the metadata suggested that a copy of every email Hillary Clinton sent during her tenure as the secretary of state was forwarded to a foreign third party.”  And the evidence proved the third party was China.

Ms.Taylor said the agency is not done combing through the Emails and they are “making every effort to complete its review and adjudication” by Sept. 1, 2019. She promises to update her email when she is done.

Sadly the people who worked for Hillary will be disciplined, but she still gets off scot-free.