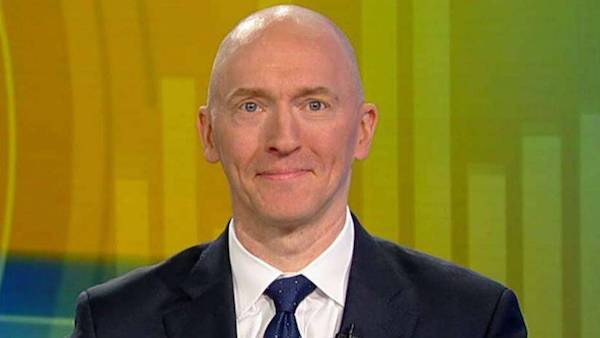 Some obvious statements include the sky is blue, the grass is green, and the Justice Department should have stopped spying on Carter Page much earlier than they did. According to a court ruling (embedded below) unsealed Thursday, the learn the DOJ “now believes it should have discontinued its secret surveillance of one-time Trump campaign adviser Carter Page far earlier than it did.”  As Homer Simpson would say “DOH!”   The corresponding Court Order was declassified and is embedded below. spy on Carter Page

The order reveals that the DOJ  believes that with the last two applications for FISA warrants on Carter Page there was “insufficient predication to establish probable cause to believe that Page was acting as an agent of a foreign power” and that “Court’s authorizations” for the two warrants “were not valid.” The reason the court only addressed the final two warrants was that the DOJ didn’t look at the first two. But in all probability all four were invalid.

The FISA Court order reports that the FBI has agreed to “sequester all collection the FBI acquired pursuant to” all of its wiretaps of Page authorized by the FISA Court, pending “further review of the OIG Report,” and “related investigations and any litigation.”

Now I am not an attorney, and I have never played one on TV, but I hope Carter Page can sue the arses off of the people who signed those  FISA warrants. The first two were signed by then-FBI Director James Comey and Deputy Attorney General Sally Yates. Number three was approved by Comey and by Dana Boente, and the final was signed by acting Director Andrew McCabe and Deputy Attorney General Rod Rosenstein.

The court also directed the FBI to submit a written statement that details its sequestering procedures and explains what it means by “further review of the OIG Report” and “related investigations and any litigation.”

Although the DOJ assessment technically only covered two of the applications to renew the Page FISA warrant, the DOJ “apparently does not take a position on the validity” on the other Page FISA applications, Boasberg said, seemingly indicating that the DOJ seemingly did not want to defend their legality either. The government “intends to sequester information acquired pursuant to those” FISA applications “in the same manner as information acquired pursuant to the subsequent dockets,” the judge said.

In an unusual move last month, Rosemary Collyer, formerly the presiding judge of the FISA court ripped the FBI for the falsehoods used on applications to wiretap former Trump campaign aide Carter Page.

“The FBI’s handling of the Carter Page applications, as portrayed in the [Office of the inspector general] report, was antithetical to the heightened duty of candor described above. The frequency with which representations made by FBI personnel turned out to be unsupported or contradicted by information in their possession, and with which they withheld information detrimental to their case, calls into question whether information contained in other FBI applications is reliable.”

Collyer ordered the DOJ to get back to the court regarding how they would fix things. The DOJ admission and Thursday’s order were one part of fixing the problem.

Before they released the order below, the court consulted with the government to determine whether it could be declassified, obviously, they got the okay, and you can read the declassified order below: