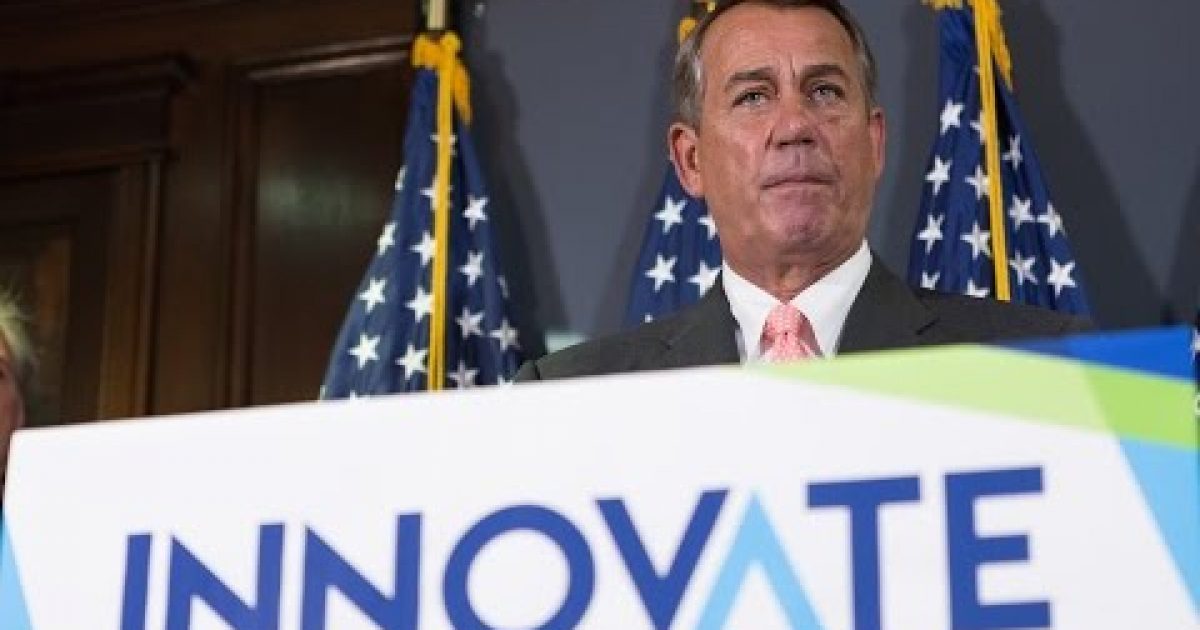 The fall of Ramadi has become a call to action for many in congress.  After being told over the weekend that this Iraqi provincial capitol wasn’t going to fall..the news on Monday was that ISIS had taken it over and according to Fox one  U.S. military official conceded was a fight “pretty much over.”

The issue and complaint is that the Commander-in-Chief has not developed a clear strategy for fighting this war on Islamic terrorism (or what ever Obama wants to call it).

At a press conference with Republican leaders this morning, House Speaker John Boehner (R-OH) called on President Obama to withdraw his authorization for the use of military force (AUMF), citing the fact that it “calls for less authority than he has today,” and re-submit an AUMF that represents a clear, overarching strategy to defeat the terrorist threat:

“Here in the House, we continue to make the American people’s priorities our priorities. Last week, we passed a strong bill to support our troops, and ensure that the Congress and the people have the ability to review any potential agreement with the Iranians. And with new gains made by ISIL in Ramadi, we know that hope is not a strategy. The president’s plan isn’t working, it’s time for him to come up with a real, overarching strategy to defeat the ongoing terrorist threat. …

“Well first let me say that I applaud the efforts of our special forces who conducted a very successful mission over the weekend, without casualties and without injuries. The president’s request for an authorization of the use of military force calls for less authority than he has today. I just think, given the fight that we’re in, it’s irresponsible. This is why the president, frankly, should withdraw the authorization of the use of military force and start over. We don’t have a strategy, and for those of you that come to these regularly, for over two years now I’ve been calling on the president to develop an overarching strategy to deal with this growing terrorist threat. We don’t have one. And the fact is, the threat is growing faster than what we and our allies can do to stop it.”