Speaker Boehner: Clinton Email Questions Will “Continue To Haunt Her Until She Comes Clean” 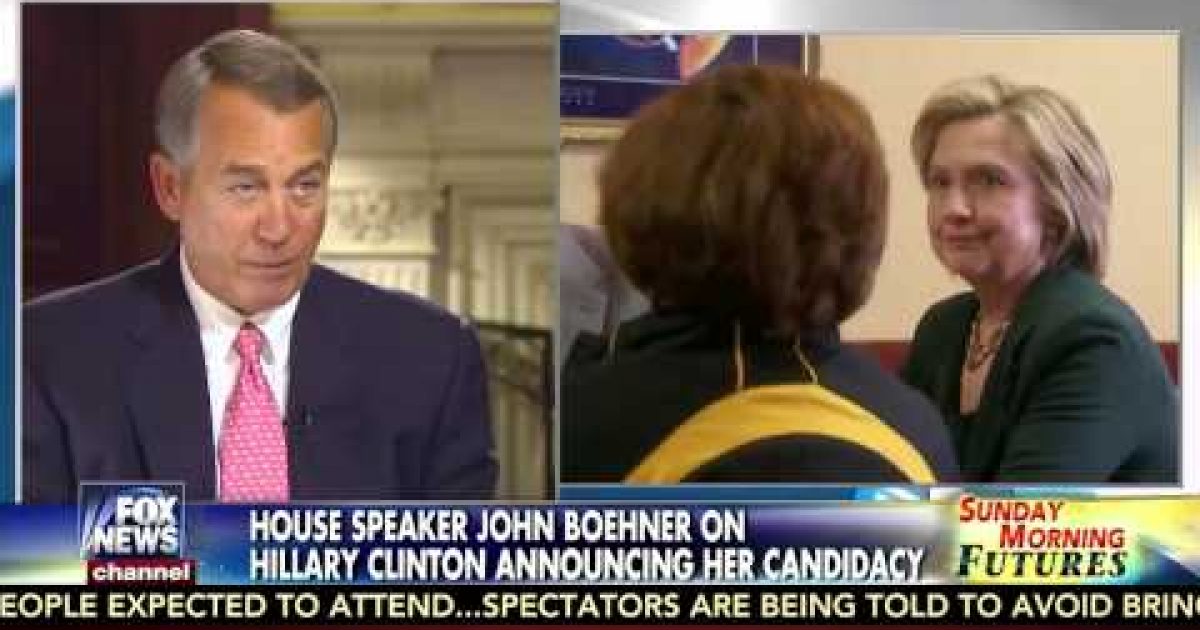 A guest on Maria Bartiromo’s Sunday program on FNC House Speaker John Boehner (R-OH) threw down the gauntlet at the feet at Hillary Clinton. The ‘headline” of the email scandal is not necessarily what was on the erased emails, but transparency, why isn’t she being straight with the American people. And as he said in the segment of the interview below, that question is going to “continue to haunt her until she comes clean.”

Boehner: Well, what’s she going to do for America? That’s the real question. It’s not about personalities. I think the fact she won’t turn over her server, the fact she’s ignored the law when it comes to how she was supposed to communicate as secretary of state, those are going to — those questions are going to continue to haunt her until she comes clean, until some independent third party that goes through these e-mails and determines which ones are public and which ones are clearly private.

Bartiromo: It doesn’t seem like she’s going to allow that. Do you think that really a third party, independent party, will get that server?

Boehner: I don’t know that she can stonewall this for the next year and a half