LA Times Proclaims Spanish, Not English, Is The ‘Most All-American Language’ 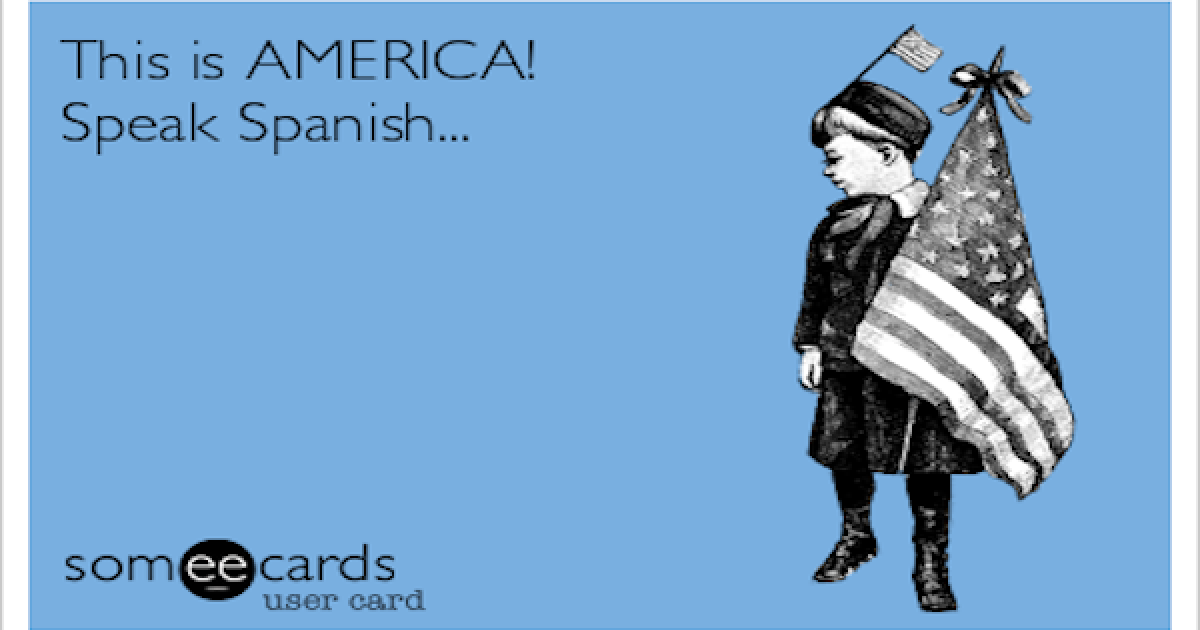 Thirty-one states in the U.S. have made English their official language, and the overwhelming majority of Americans want to make English the “national language.” But according to Gustavo Arellano, the California columnist for the Los Angeles Times opinion section, those favoring English are barking up the wrong tree — oops, make that ladrando al árbol equivocado.In a column at  NBC News, Arellano claims that Spanish — not English — is the “most all-American language.”

The piece opens with the assertion that it’s “dangerous” to speak Spanish in Trump’s America. Arellano cites six anecdotes cherry-picked to make his case that the United States under President Trump is a nation of bigots.

“Such open, ugly bigotry seems like the new normal for Latinos, and statistics are starting to back that up. An FBI report showed that hate crimes against Latinos rose 15 percent from 2015 to 2016, which just so happens to coincide with the rise of 45,” he writes, apparently unaware that Trump did not officially become President until January 2017.

Latinos love la habla not just because it’s part of their culture, but because we know what conservatives refuse to accept: Spanish, not English, is the most all-American language of them all.

Just re-read your history books. Spaniards had already established vibrant colonies from St. Augustine to Santa Fe by the time the English set up Jamestown in 1607. Previous generations of Americans knew to learn at least some Spanish when they moved into what’s now the Southwest United States, when it was still part of Mexico. And the lingo of the most American icon of them all, the cowboy, is mucho mucho with Spanish roots, from buckaroo (from vaquero— cowboy) to vamoose (from “vamos”—let’s go) to that most red-blooded car of them all, the Mustang (from the Spanish word for stray animals).

But by that logic, the official language of the nation should be Navajo, which is the most widely spoken American Indian language and one that was spoken here in some form long before the arrival of the Spaniards (as opposed to Cherokee a language Senator Elizabeth Warren doesn’t know). But that is not how the languages of a given area evolve or are settled on, according to linguists.

In any case, Arellano’s “thought experiment” ruffled more than a few feathers on social media:

I guess the French are racist when they scoff at people for speaking English in their country, if you use the logic of this article. What makes American English beautiful is that it encompasses several languages. The writer is biased and ignorant.

Multiculturalism for White countries only.
You would never say that to, lets say, the Japanese people.

Fox News asked NBC to comment on some of the criticisms leveled at the piece, but the network chose not to. Arellano, however, did, writing, “There’s backlash? It’s all valentines for me!”