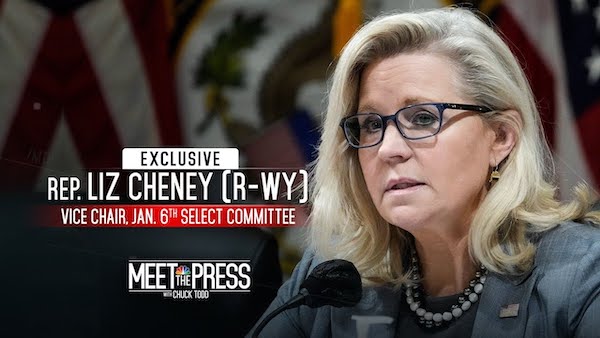 “Thou sodden-witted lord! Thou hast no more brain than I have in mine elbow” William Shakespear-The Boid of Avon

Now that the January 6th select committee has sprung their October surprise by subpoenaing former President Donald Trump to testify before them, there is plenty of speculation about what that testimony could look like…if it happens.

Trump hasn’t said one way or the other about his plans to testify or his potential plans to fight the subpoena. Should he decide to sit down with the committee, there appears to be a genuine possibility that Trump would be doing so live.

When asked if the committee would consider taking his testimony live, Rep. Liz Cheney on Sunday did not directly respond. He said the committee would not allow Trump’s testimony to turning into a “food fight” on TV — much as was seen, she said, in Trump’s broadcast appearances such as one of his 2020 presidential debates — and she warned that the committee will take action if he does not comply with the subpoena.

Of the former president under oath,” Cheney, R-Wyo., said on “Meet the Press” on NBC. It may take multiple days, and it will be done with a level of rigor and discipline, and seriousness that it deserves. e are not going to allow — he’s not going to turn this into a circus.”

Cheney then appeared to threaten Trump.

Trump issued a scathing letter to the committee after the subpoena news broke, suggesting that the group is conducting little more than a “witch hunt” to keep him from running for the White House again in 2024.