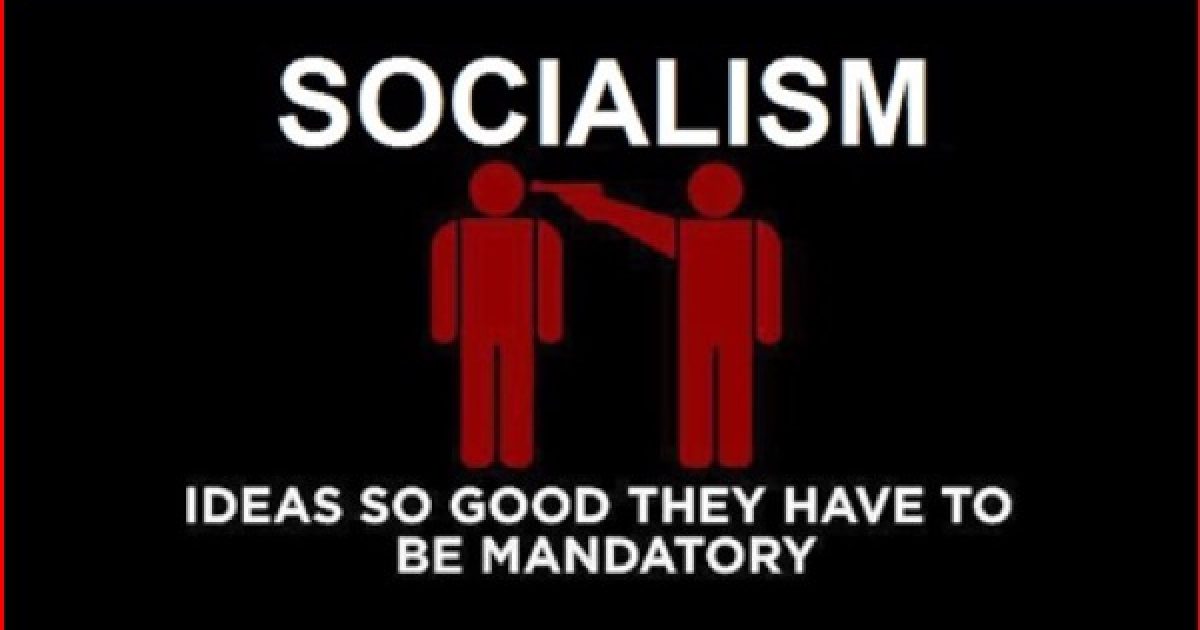 If you can’t beat ’em, shut ’em up! That has increasingly become the rallying cry on college campuses and newsrooms throughout the country when confronted with the reality of conservative blogs, much of talk radio, and Fox News. On Friday, that meme was sounded by the founder of Data for Progress, a radical far-left think tank that (surprise, surprise!) endorses socialism and the Green New Deal — a scheme designed to destroy the U.S. economy for an entire generation of Americans — and wants the next Democratic administration to dismantle and silence Fox News.

“[T]he next democratic presidential administration must dismantle fox news,” tweeted Sean McElwee, in response to another insane claim that Fox viewership somehow makes judges more punitive. Do these crazies believe Fox sends out a subliminal message to judges? Something like “toss the bum in Jail”?

the next democratic presidential administration must dismantle fox news https://t.co/iqcT7gdyzp

But wait, the study didn’t even check to see if the judges themselves were watching FNC. Maybe Mr. McElewee believes that those who are affected by the non-existent Fox messages camp outside the homes of judges in the middle of the night and chant “lock ’em up.” If this sounds crazy, it is…but it’s still less absurd than the premise that FNC affects a judges sentencing.

“Even New York Magazine admitted that this was a little extreme, saying, ‘as awful as Fox News might be, would be incompatible with small-d democratic government,’” noted NewsBusters’s Corinne Weaver, who added:

Data for Progress was founded in response to President Donald Trump’s election win in 2016.  In its about section, it starts “Hillary Clinton decisively won the popular vote in 2016. She did not win the presidency.” One of its latest blog posts insinuates that U.S. voters are not aware of any female Republicans in office, and criticizes the GOP for its lack of female representation.

In another tweet referencing his desire to remove Fox News, McElwee slammed the network, “The existence of an explicitly white nationalist media channel that spreads virulent misinformation is a far greater threat to democracy than getting rid of it.”

The study he posted was presented on January 26 by Columbia University researchers Elliott Ash and Michael Poyker. It determined, based on the data selected from nine states, that “Higher Fox News viewership increases incarceration length, and the effect is stronger for black defendants and for drug-related crimes.”

Getting rid of Fox would be a direct violation of the Constitution and “incompatible with small-d democratic government,” it seems to be entirely compatible with and acceptable to the current cabal of socialist tyrant-wannabes that make up the current Democratic Party.

McElwee, according to his Twitter bio, is a contributor at the far-left “The Nation.” Somehow, that’s not surprising.

One person noted that this kind of thinking can cut both ways:

So if Trump dismantles CNN you're good with that.

Sadly, most of the tweets we saw at the time of this writing were completely in favor of this heavy-handed action. Either they’re not aware of the First Amendment right to a free press, or, like so many other leftists these days, they just don’t care and want something that resembles the former Soviet Union.

Knowing most socialists, put your money on the latter.