The Purge Has Begun; Cancel Culture Is Worse Than Ever- Social Media Tyranny Increasing 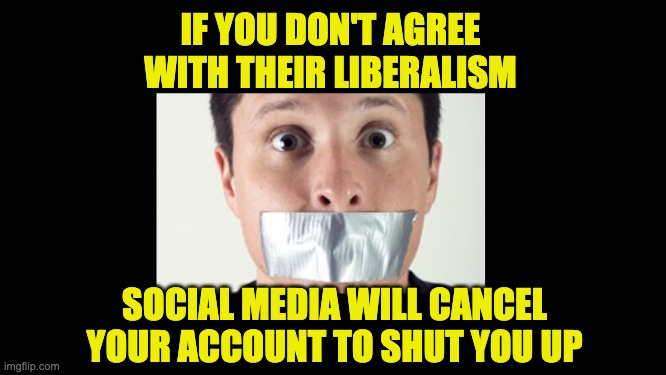 President Donald Trump has finally had his Twitter account banned permanently, which had more than 80 million followers. He got his posting privileges suspended from Facebook earlier this week. The account itself may not be too far behind. The purge has begun. Cancel culture is getting worse than ever especially as the leftists tyranny of social media tyranny continues to grow.

You either bend the knee and renounce President Trump — or your days on social media or in official Washington, D.C. could be numbered.

Sen. Josh Hawley (R-Mo.)  just had a book contract canceled. He and his colleague Sen. Ted Cruz (R-Texas) are being cut off by the GOP establishment and Republican donors, simply for fighting for election integrity in a process prescribed under the law by Congress more than a century ago.

Parler, the social media alternative to Twitter, has been banned from the Google Play store barring it from Android devices, and just got threatened by Apple it will be removed from their App Store, which would make the app inaccessible on Apple devices unless it implements a censorship policy. They’ve been given 24 hours.

And several other accounts and cancellations are occurring. It is a wholesale assault on conservatives and the entire Republican Party. Not just Trump supporters.

Make no mistake. This is a bid for a one-party rule. 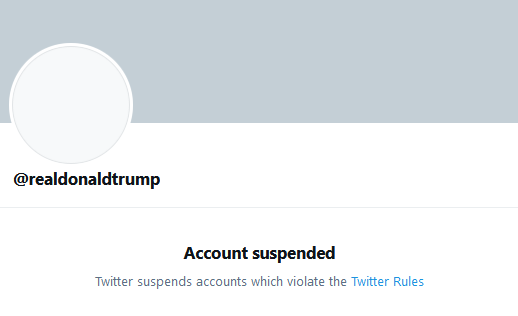 In the fallout of the tragic storming of the U.S. Capitol in Washington, D.C., where police were unjustly attacked, doors broken down, windows smashed, and offices robbed — resulting in the death of five individuals, including a Capitol Hill police officer — we have entered a brave new world.

If you are alarmed, you should be. And it’s nothing you did. The overwhelming majority of you have never engaged in political violence once in your entire lives.

President Trump, at his speech on Jan. 6 at the Save America Rally on the National Mall, called for protesters to be peaceful: “We have come to demand that Congress do the right thing and only count the electors who have been lawfully slated, lawfully slated. I know that everyone here will soon be marching over to the Capitol building to peacefully and patriotically make your voices heard.”

After the violence began, Trump on Twitter urged his followers to stop immediately: “I am asking for everyone at the U.S. Capitol to remain peaceful. No violence! Remember, WE are the Party of Law & Order – respect the Law and our great men and women in Blue. Thank you!” I gave you the link to that one, but it won’t resolve. They took that tweet down, too.

I cannot guarantee how much longer you will see our content posted on major social media platforms.

This is a mortal threat to our republic and our two-party system. Some of the most prominent figures in the political opposition who would speak out against the Joe Biden administration are being censored by the largest companies in the world.

In April 2018, Twitter co-founder and CEO Jack Dorsey retweeted an article by Peter Leyden and Ruy Teixeira that called our political discourse a “new civil war,” with Leyden and Teixeira writing, “America can’t afford more political paralysis. One side or the other must win. This is a civil war that can be won without firing a shot. But it is a fundamental conflict between two worldviews that must be resolved in short order.”

It called for “Democratic One-Party Rule” in the U.S. as a means of reconciling issues facing the country and ultimately implementing the progressive agenda. Dorsey called it a “great read.”

This is exactly what John Stuart Mill warned against in 1859 in On Liberty, the most compelling defense of free speech in human history. The philosopher warned how a tyranny of the majority could impose censorship that would be “more formidable” than even governmental censorship and that it could “enslav[e] the soul” with little room for escape.

Mill wrote, “[W]hen society is itself the tyrant — society collectively over the separate individuals who compose it — its means of tyrannizing are not restricted to the acts which it may do by the hands of its political functionaries. Society can and does execute its own mandates. If it issues wrong mandates instead of right, or any mandates at all in things with which it ought not to meddle, it practices a social tyranny more formidable than many kinds of political oppression, since, though not usually upheld by such extreme penalties, it leaves fewer means of escape, penetrating much more deeply into the details of life, and enslaving the soul itself.”

This is where we are.

It is no longer hypothetical. The social tyranny is here.

So I am urging you to find alternatives. Alternatives to Facebook and Twitter and YouTube. If you follow The Lid on Facebook and Twitter please follow him at the Twitter-like Parler where I am @Yidwithlid, of any of these Facebook alternatives, Codias – I’m Jeff Dunetz, or Mewe -Jeff Dunetz. Those are the primary ones I use, but I have also joined six or seven others.  If you have other social media sites that work for you, please let me know…I will join them also. The more we join–, the more the new social media sites can grow and have a chance of overtaking the major ones.

We need alternatives to violence. Please. The damage that was caused at the Capitol on Jan. 6 to our country and the Union was significant and disgusting. There is no excuse for violence—EVER.

The danger is that this purge will drive more and more people to darker and darker corners of the web. It will become itself a radicalizing element. They are driving you and millions of other Americans into a desperate situation. Before Wednesday, the Liberal social media and MSM ignored our voice. After Wednesday, they stopped us from even having a voice. They are taking an already frustrated segment of America and raising the frustration to Defcon One. Their message is ‘submit or be canceled.”

And that, sadly, makes it more likely that civil society will continue to collapse as individuals give up on believing that our system works at all.

This is dangerous. And it has to stop — before it is too late and we reach the point of no return. We are about to enter into an abyss from which there is no escape.

The majority of this post was first seen at Conservative Firing Line.