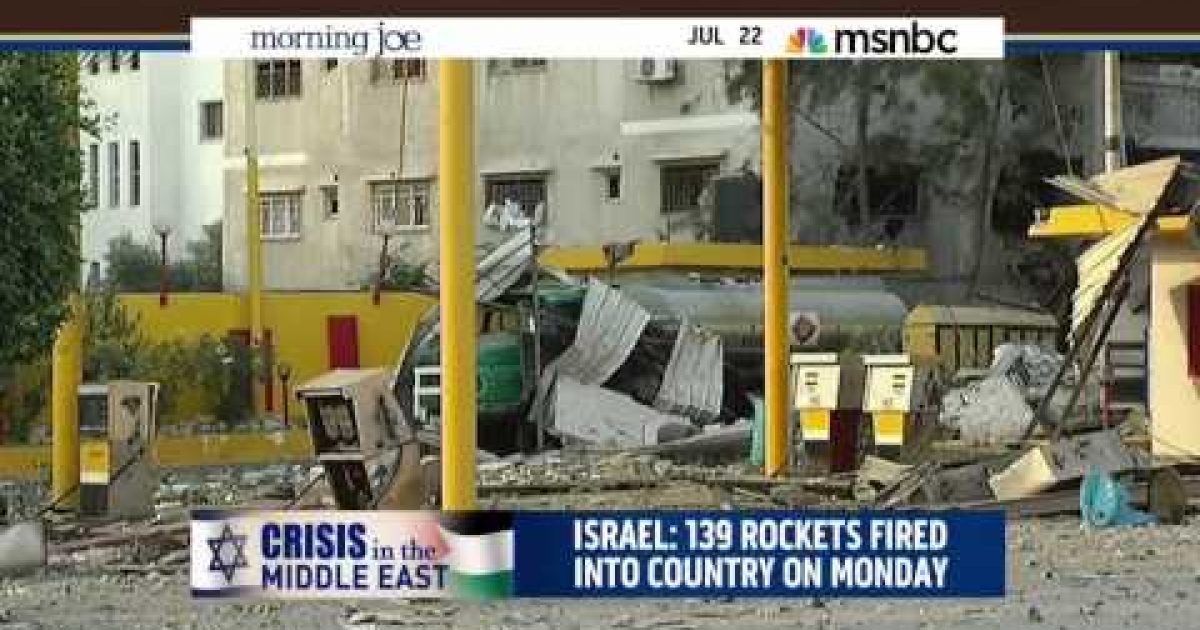 Parler Facebook Twitter Flipboard
Since Israel’s Operation Protective Edge began over three weeks ago, the mainstream media has been highlighting the civilian casualties in Gaza. In most cases, even if they report the Hamas use of human shields they report them as “Israeli allegations,” as opposed to facts. One example is the report by NBC’s Ayman Mohyeldin embedded above.

So to help Mr.  Mohyeldin and those like him below are ten examples of Hamas using civilians as human shields. If these arent convincing, let me know because there are a lot more.

1) This particular example comes from the U.N. it was the second time they got caught:

At the Shifa Hospital in Gaza City, crowds gathered to throw shoes and eggs at the Palestinian Authority’s health minister, who represents the crumbling “unity government” in the West Bank city of Ramallah. The minister was turned away before he reached the hospital, which has become a de facto headquarters for Hamas leaders, who can be seen in the hallways and offices.

3) The IDF found Grad rocket launchers next to a school:

During the lull, a group of men at a mosque in northern Gaza said they had returned to clean up the green glass from windows shattered in the previous day’s bombardment. But they could be seen moving small rockets into the mosque.

5) The video below is from Hamas TV and says in part:

Answering the occupation’s calls will merely aid it in carrying out its plans to weaken the [Palestinian] home front and to destroy property and homes as soon as you leave them. We call on all our people who have left their homes to return to them immediately.


6) Wall Street Journal Correspondent Nick Casey tweeted the following (since removed, seemingly because it did not please his Hamas hosts):

7) The entrance for this Hamas terror Tunnel was found in a Gaza house:

8) Another example from Hamas TV in the video below:

The people oppose the Israeli fighter planes with their bodies alone… I think this method has proven effective against the occupation. It also reflects the nature of our heroic and brave people, and we, the [Hamas] movement, call on our people to adopt this method in order to protect the Palestinian homes.


9) There are also reports of Hamas using reporters as human shields. For example, the Japanese daily Mainichi’s correspondent in Gaza reported on Monday:

Hamas criticizes that “Israel massacres civilians”. On the other hand, it tries to use evacuating civilians and journalists by stopping them and turning them into “human shields”, counteracting thoroughly with its guerrilla tactics…

Hamas’s “Human Shield” strategy is also aimed at foreign journalists…During the current battle, Hamas’s checkpoint was bombarded, and there was temporary checkpoint at another location. To some 20 journalists who wished to leave, Hamas staff member suddenly told, “Israel closed the checkpoint… However, when I called IDF personnel at the checkpoint, he said that “We haven’t got attacked and we are open as usual…” While were discussing what to do, the same Hamas staff member shouted, “in 5 minutes Israel seems to conduct an airstrike on here. Return immediately to Gaza!” All the journalists returned to Gaza by car. But we remembered that Hamas, during the conflict with Israel in November 2012, also closed checkpoints to block outflow.

10) How about this video of Hamas Shooting at the IDF from a hospital?