Joe Biden has Quietly Sneaked 150,000 Illegals into Cities Across America 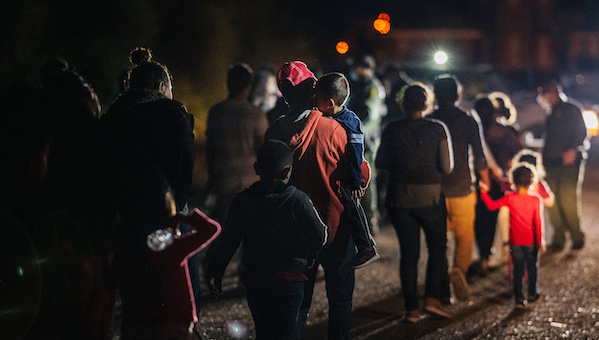 In only a year, Joe Biden has quietly “settled” nearly 150,000 illegal aliens in cities across America without telling locals that he was doing it.

This is on top of everything else Biden has done to America.

Last year, Biden resettled 146,000 illegal youths who had crossed the border illegally, according to Breitbart News.

Breitbart explained that this huge number represents a “foreign population more than twice the size of Portland, Maine and larger than Charleston, South Carolina.”

The numbers were published by the Department of Health and Human Services following Arizona Congressman Andy Biggs’ request for info about the Unaccompanied Alien Children (UACs) program. Under this program, thousands of young border crossers who reach the U.S.-Mexico border are resettled throughout America, all on the American taxpayers’ dime and without telling local officials.

“While about 128,000 of those young border crossers have been resettled with either parents, siblings, cousins, aunts, or uncles, HHS officials said nearly 18,000 have been placed with sponsors that are unrelated to them or are distant relatives,” Breitbart added.

Stephen Miller, who is the president of America First Legal and one of the strongest immigration patriot voices within the Trump administration, explained that several of the “major takeaways” from the HHS data include the agency’s stated goal of permanently resettling young border crossers throughout American communities and the failure to confirm whether sponsors are also illegal aliens.

In only a year, Joe Biden has quietly sneaked 150K Illegals into cities across America without telling locals that he was doing it.

In only a year, Joe Biden has quietly sneaked 150K Illegals into cities across America without telling locals that he was doing it.