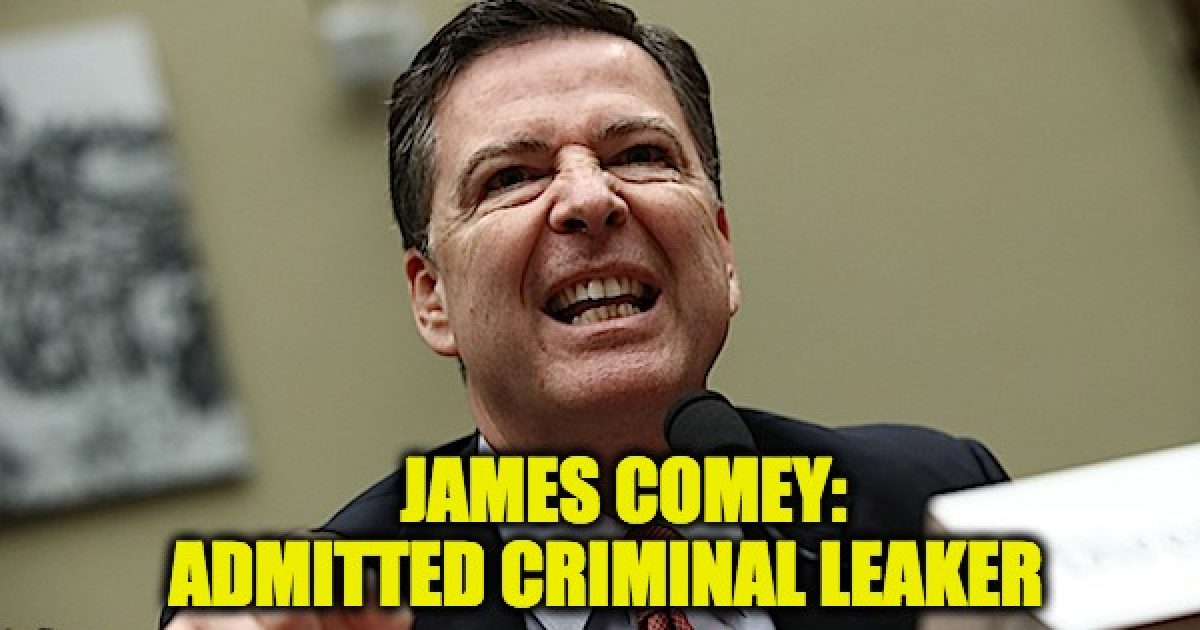 Hypocritical much? Former FBI Director James Comey and self-admitted leaker of classified information called for more “ethical leadership” in 2018. Is he joking?

The pot is calling the kettle black if he honestly believes he is taking some kind of moral high ground by claiming we need more ethical leadership than President Donald Trump.

Sounds to me like someone is a little salty about being fired for being a slimy toad.

In June, when Comey testified before the Senate Intelligence Committee, he said Trump had asked for his loyalty during a January dinner at the White House.

Trump has disputed that claim.

Earlier this month, a report said FBI Deputy Director Andrew McCabe testified said when he testified before the House Intelligence Committee that Comey told him about the conversations he had with Trump, including Trump’s request for loyalty.

Comey also testified earlier this year that Trump pressured him during an Oval Office meeting in February to end the investigation into former national security adviser Michael Flynn. Trump has also disputed thatclaim.

Comey over the past few months has tweeted out quotes which appear to relate to certain news stories of the day.

This just so happened to be tweeted after Trump blasted LaVar Ball for not thanking him after Trump negotiated three UCLA basketball players’ release from China after they were caught shoplifting.

Mr. Ball instead bashed the president, which made no sense at all. Attacking Trump seems to be the new black and everyone is in style.