Six Takeaways From The 2022 Midterms 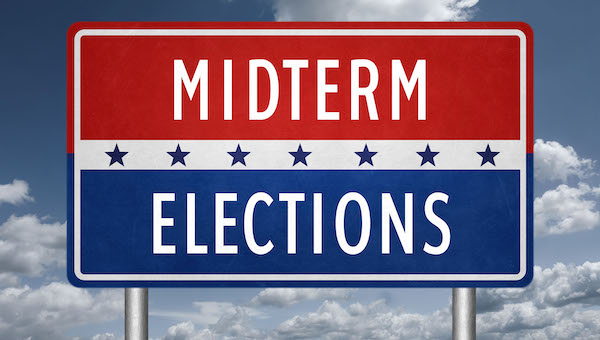 The 2022 midterm election didn’t turn out to be the giant red wave that pundits on both sides predicted. Instead, it was a red ripple. This post explains what we all should take away from the results.

1. .Ron DeSantis should prepare to announce his presidential candidacy no later than the Florida legislative session’s conclusion in early May. In four years, he went from a fringe congressman and Trump devotee, who won by only 32,000 votes, to arguably America’s most successful governor and a re-election win by a resounding 1.5 million votes. There are a half-million more Republicans in Florida now than in 2018.

This sets up DeSantis — or Marco Rubio, a three-time statewide winner, who demolished Democrat Val Demings by a whopping 1.3 million — to defeat the envious, 76-year-old, who remains focused on his 2020 loss and castigating others. Republicans who want to win the White House in 2024 believe DeSantis has a better chance to move to1600 Pennsylvania Ave. than a Trump 2020 replay.
e

2. Some of the worst performers included:

“This state is so red, and yet nearly half voted for Tim Ryan because Vance was such a Trump lover,” an Ohio Republican told me.

Sen. Ron Johnson is lucky that foolhardy Wisconsin Democrats ran a socialist bigot in a purple state, or he would have lost too.

Finally, it is long overdue to dump Ronna McDaniel as RNC Chair. She is a subpar communicator, and the party has missed tremendous opportunities under her tenure.

The gamble was on PA, where Trump saddled the GOP with a very poor candidate.

A Midwestern operative texted me Wednesday that if the “GOP setback this cycle results in people abandoning Trump in droves, it will probably have been worth it. Trump has to be convinced he’s lost most of his base, so he doesn’t make an idiotic third-party run for President in 2024.”
h

It’s hard to beat an incumbent executive, but Las Vegas Sheriff Joe Lombardo appears on his way to becoming Nevada’s Republican governor in an upset.

4. Mendacious provocateurs like Stacey Abrams and Robert O’Rourke are done. Democrats again wasted hundreds of millions on the pathetic duo combined for five losses in four years. If Democrats really want to win a governor’s race in a right-leaning southern state, maybe don’t run left-wing radicals who lie, obfuscate, and focus on non-issues; instead, run a relatively pro-life, pro-gun Democrat like Louisiana Gov. John Bel Edwards. He may not get on Vanity Fair and Vogue covers, but he wins in the rugged territory.
9

5. Tuesday proved that “defending democracy,” “voting rights,” and assorted apocalyptic rhetoric were not at risk. The Democrat Party, which denied elections in 2000, 2004, and 2016 and stole the 1960 edition — should strive to get in touch with Americans outside NPR-listening elite enclaves.

I am proud to confirm democracy worked the way it should. There were no serious issues yesterday. Carlson’s conspiracies and faux outrage in Arizona did not materialize. As I wrote last week, we have safe and secure elections in the United States.

6. President Joe Biden had a decent night but now needs to be decisive, dismiss inept people, and finally stand up to a pernicious far left. No more tone-deafness and passing the blame to everyday Americans. Ron Klain’s days should be numbered, and Biden should have long ago replaced monumental failures like Janet Yellen, Alejandro Mayorkas, and Jennifer Granholm. As I warned, every press secretary is a paid liar, but few have been more unscrupulous than Karine Jean-Pierre. Send her back to MSNBC to rant about Fox News.

Biden will soon have some form of divided government that should have existed before shenanigans gifted Democrats two Senate seats in Georgia 22 months ago. He must reject the divisiveness and triangulate, focus on inflation woes; the border sieve; rampant crime; and take on Putin and Xi. Can he stop lashing out and start listening to sane liberals who got him the 2020 nomination?

ccc
Ari Kaufman is a correspondent for several U.S. newspapers and magazines from Minnesota and Ohio to Tennessee and Virginia. He taught school and served as a military historian before beginning his journalism career. The author of three books, he is also a frequent guest on radio programs and contributes to Israel National News and here at The Lid.