Based on statements made by President Obama as well as his progressive comrades, it is suspected that after the passage of the Obacare bill, the next step will be to squeeze health insurance companies out of business, “forcing” the government to “save the day” by coming up with a single payer-system.

Yesterday, Health and Human Services Secretary Kathleen Sebelius announced new regulations which will further increase political control of health care and impose price controls on private insurance premiums, taking a giant step toward the expected health insurance squeeze. And guess is the new judge and jury of what is an allowable price increase—Health and Human Services Secretary Kathleen Sebelius.

Under the 136-page rule, the federal government will now decide what counts as an “unreasonable” rate increase, and HHS Secretary Kathleen Sebelius wrote to Governors yesterday urging them “to prevent unjustified and excessive health insurance premium growth.” Apparently, “unreasonable” means rate increases that exceed 10% next year, except when it doesn’t. If an insurer crosses this arbitrary threshold, “The review process would then determine if the increase is, in fact, unreasonable.” So that’s cleared up.

The woman in charge of executing Obama’s policy of moving toward the country toward a single payer option is in charge of setting the rates. And we are OK with that?

This discretion is typical of the vast ad hoc powers that ObamaCare handed to regulators, though Ms. Sebelius’s true goal is to punish the insurance industry for rising health costs that the new entitlement is already turbocharging. Like so much else in U.S. health care, no one seems to find it odd that the government is decreeing how much businesses are allowed to charge for a product that consumers want to buy, regardless of the economic reality.

The problem is that many of  the Obamacare mandates have already started. These mandates increase insurance benefits and  include regulations that increase costs. Insurgence  Premiums will need to climb and cover those costs.

It won’t take much to hit 10% when the Standard & Poor’s Healthcare Economic Commercial Index, which tracks private spending, increased 8.5% over the last year—and that’s prior to the worst of ObamaCare kicking in.

Forty-three states already regulate and approve premiums in the individual or small-business markets, or both, based on actuarial and solvency data. HHS will allow state insurance commissioners to continue under the status quo, unless it decides that their reviews aren’t “effective.” Which is just another way of saying as long as they agree with Ms Sebelius.

This ruling by HHS was an end-around Congress.  The legislative branch specifically did not include  formal legal authority to explicitly block premium increases in Obamacare.  This was despite the fact that the President asked for it.  Ms. Sebelius is adopting the strategy of the EPA and the FCC by creating law by regulatory fiat, when congress has already said now.

Yesterday, HHS reiterated Ms. Sebelius’s threat to exclude certain insurers from ObamaCare’s insurance exchanges if they show “a pattern” of unjustified rate increases. In practice, that would be a corporate death warrant. In September, after some carriers spoke honestly about rising costs, she warned that “there will be zero tolerance for this type of misinformation and unjustified rate increases.”

To understand how this political thuggery will operate, look to Connecticut and the recent campaign of intimidation against former insurance commissioner Tom Sullivan. In September, following a thorough actuarial analysis, Mr. Sullivan approved some rate increases reaching 20% for Anthem Blue Cross Blue Shield, the largest state insurer by membership.

The higher rates applied to new customers only (not existing policy holders) and were largely the result of ObamaCare’s mandates. In one case, a single stray provision increased the cost of a prescription drug benefit by nearly 23%. Yet Attorney General Richard Blumenthal made the approval a centerpiece of his Senate bid, while Mr. Sullivan was demonized by local labor unions.

“I find myself in an unprecedented place and time, as do my counterparts throughout the country,” Mr. Sullivan wrote to Mr. Blumenthal, “in overseeing the implementation of one of the most far-reaching policy initiatives enacted by the federal government in recent history.” State regulators, he continued, are “in an unenviable position as we are required by Congress to approve richer benefit packages, while simultaneously being called upon by you to reduce rates.”

In October, Jay Angoff, the HHS director of insurer oversight, sent a very public letter calling the Anthem approval “particularly troubling” and demanding a re-evaluation, including a new public hearing. Under duress, Mr. Sullivan resigned in November, and his successor promptly overturned his ruling.

Folks welcome to the new world of Obmacare. Its not going to be pretty, nor is it going to be efficacious for the public, but in the end it will give the President what he wants, a single payer health insurance system and a loss of choice and quality medical care for Americans. 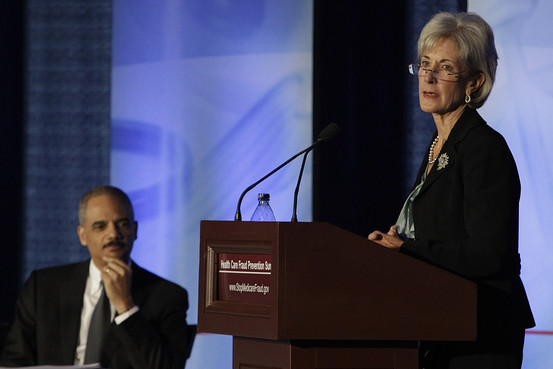