Biden And Democrats Are Showing Their Disdain For You 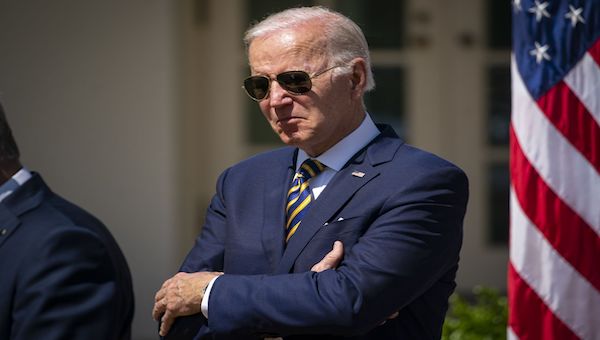 We still have nine long weeks until the midterm elections. The permutations will shift multiple times, but no matter what happens in September and October, it seems that Democrats are lashing out. Whether it’s panic or their true colors, it’s been evident the last six days.

President Joe Biden started September with a Leni Riefenstahl-Esque speech in Philadelphia about how anyone not adoring his radical agenda represents a “threat to democracy.” Unless you like taxpayer-funded speeches at one of our most historic landmarks flanked by Marines and 1930s hellish red lights, the remarks were not unifying.

I watched it at a hotel lobby in Alabama — I kid you not — and even the clerk agreed it was a deplorable moment from the oldest president in U.S. history.

But it’s also part of a pattern.

A week prior, Biden told wealthy Maryland donors that MAGA Republicans represent “semi-fascism.” While elites cheered, it doesn’t play well in Sandusky, Scranton, Scottsdale, or Statesboro, where elections are decided.

President Biden says “MAGA Republicans represent an extremism that threatens the very foundations of our republic.” Then why is the Democratic Party he leads spending tens of millions of dollars to help MAGA Republicans win GOP primaries? https://t.co/Xla4yABiwi

Last week in Pennsylvania, Biden mocked gun owners, insisting that if they wanted to fight against the United States, they need “an F-15” or “something a little more than a gun.”

The divisive rage isn’t only emanating from the White House.

New York Gov. Kathy Hochul told Republican challenger Rep. Lee Zeldin to “just jump on a bus and head down to Florida where you belong.”

Can the unelected left-winger afford more people to leave the Empire State? According to the IRS, New York lost $20 billion last year due to the taxpayers migrating to other states.

To the south, at a press conference the day after claiming his party’s gubernatorial nomination, Charlie Crist — the Republican-turned-independent-turned-Democrat, who’s already lost three statewide races —  explained that “Those who support the governor should stay with him. I don’t want your vote. If you have that hate in your heart, keep it there.”

Is accusing potential voters of being hateful a winning strategy against a popular incumbent governor in a right-leaning state?

With the midterms on the horizon, corporate media is excited that the “red wave” is supposedly dissipating. No one knows for sure what November holds, but Democrats surely are not toning down their rhetoric to capture middle-of-the-road voters. Vilification seems to be their preferred method.

Uninspiring and unhinged pabulum about the “soul of the nation” being at stake is intellectually lazy too.

A liberal friend of mine wrote a stunning piece last weekend, claiming Democrats will keep the U.S. Senate and even the U.S. House because Biden has “demonstrated an acute capacity to read the tea leaves and walk the chalk.” He added, “His leadership shut up extreme elements of the Democratic Party as he successfully kept his coalition together while giving not much to detractors.”

I suppose my acquaintance has more tact than Biden or the aforementioned politicians, yet he certainly is not living in reality. I replied with facts and polling, to which he retorted, “I don’t want to debate.”

It turns out that eschewing debates is a hallmark of Democrats this autumn. The message from Biden and his allies is that you dare not vote for Republicans because of what they could do to the country. Someone should remind them that Republicans control nothing in Washington today, whereas the chaos and debacles Democrats have released for nearly 20 months are evident to all.