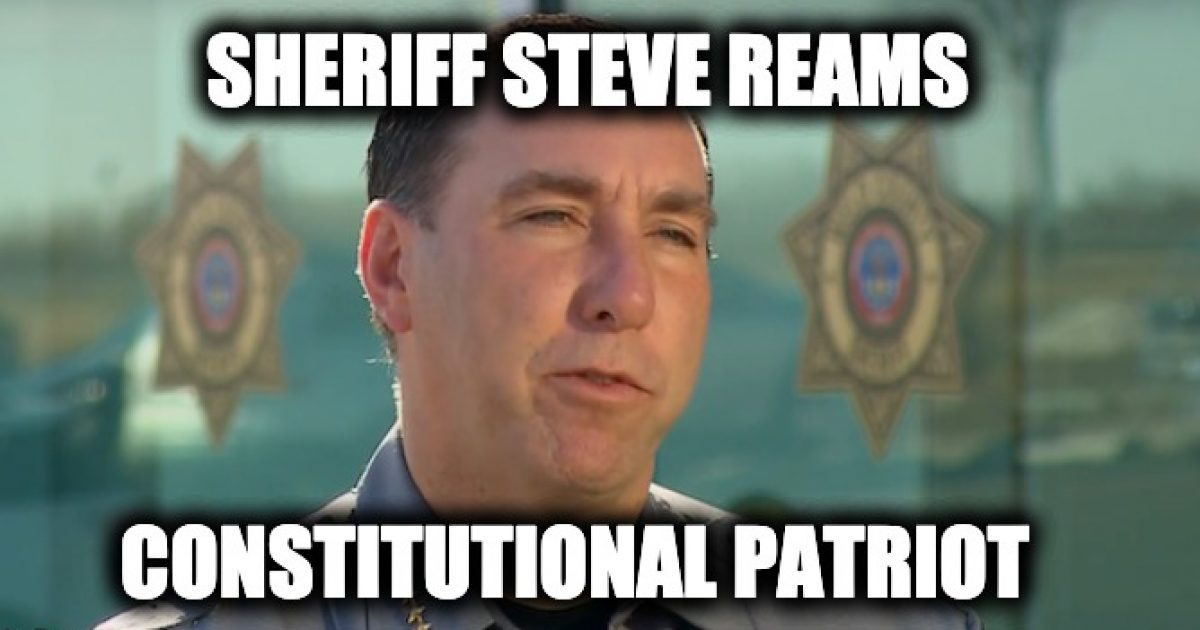 A county sheriff in Colorado said that he would go to jail before implementing the state’s new “red flag” anti-gun law.

The “red flag” law would give police the power to summarily sweep into a citizen’s home and take all his guns without a trial if someone claims he is a danger to himself or others.

But Sheriff Reams claims that this law is a short-circuiting of the Second Amendment of the U.S. Constitution and he won’t enforce it. “It’s a matter of doing what’s right,” Reams said.

According to CNN, the new law in Colorado is called an “extreme risk protection order.”

Colorado’s “extreme risk protection order” bill would allow a family member, a roommate, or law enforcement to petition a judge to take someone’s firearms if they are deemed to be a danger to themselves or others.

The push for legislation followed the death of Zack Parrish, the 29-year-old Douglas County sheriff’s deputy killed in 2017 by a man with an arsenal of weapons who authorities said had a history of bizarre behavior, including threats to police.

Reportedly, a sheriff is liable for prosecution himself if he does not enforce the new red flag law.

But Reams says he does not care. The law is unconstitutional, and that is that!

“Going in and taking their guns and leaving the scene, I can’t see how that makes them less of a risk. It just takes one tool away,” Reams told CNN

Sheriff Reams also noted that if someone intended to hurt people, they would find other means even if their guns were taken away. He’s right if passed the new law is not going to affect criminals. They will find a way to get guns, and by definition, they do not follow the law.