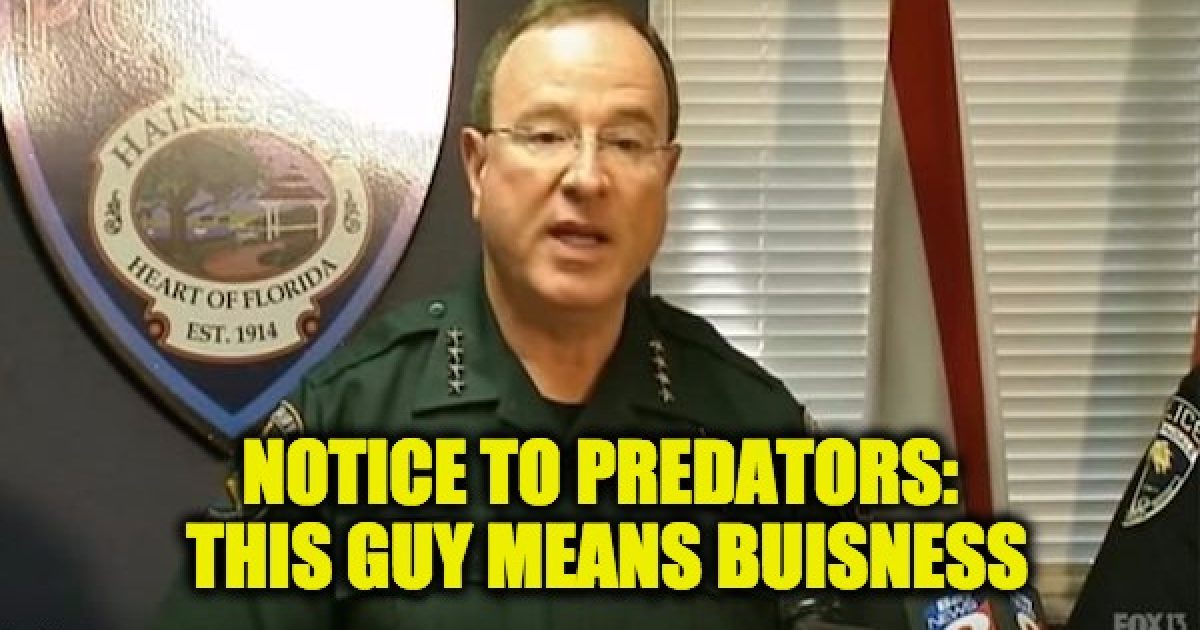 Wowzer. I may be a Georgia peach now, but I cannot express how proud I am of my hometown and former sheriff!

Florida Sheriff Judd Grady, in Polk County, has a message for those seeking refuge from the storm: sex offenders will not be allowed in around the children, and those with a warrant for their arrest will be allowed to take shelter in the jail.

Sheriff Judd said,  “If you show up at a shelter, we’re going to shelter you safely, but it’s going to be in the county jail because we have a legal obligation to execute the warrant.”

He continued, “In a time of potential disaster, there needs to be a place that you can run to and absolutely know you’re safe. Do you want your five-year-old daughter sleeping next to a sexual predator?”

Judd Grady says he is firm on his stance, as he should be!

If you go to a shelter for #Irma, be advised: sworn LEOs will be at every shelter, checking IDs. Sex offenders/predators will not be allowed

If you go to a shelter for #Irma and you have a warrant, we’ll gladly escort you to the safe and secure shelter called the Polk County Jail https://t.co/Qj5GX9XQBi

Grady Judd: No sex offenders & people with warrants at shelters

Polk County Sheriff Grady Judd is warning sex offenders, predators, and those with outstanding warrants that they're not welcome at evacuation shelters, and could take shelter at the Polk County Jail instead. He's taking some criticism but he stands by his statements: fox13news.com/news/local-news/279089294-story

The sheriff says that his tweets give all offenders fair warning, four or five days in advance, so those with warrants still have time to take care of their infractions and then go to a shelter if they choose to, or make other arrangements

Sexual predators and offenders, however, are never welcome at shelters, he said, and which is something they are told when they are placed on the sex offender registry.

Of course, the ACLU had to tweet their two cents to Judd’s attempt to keep everyone safe from not only the storm but criminals as well. They compared him to Joe Arpaio. They said: