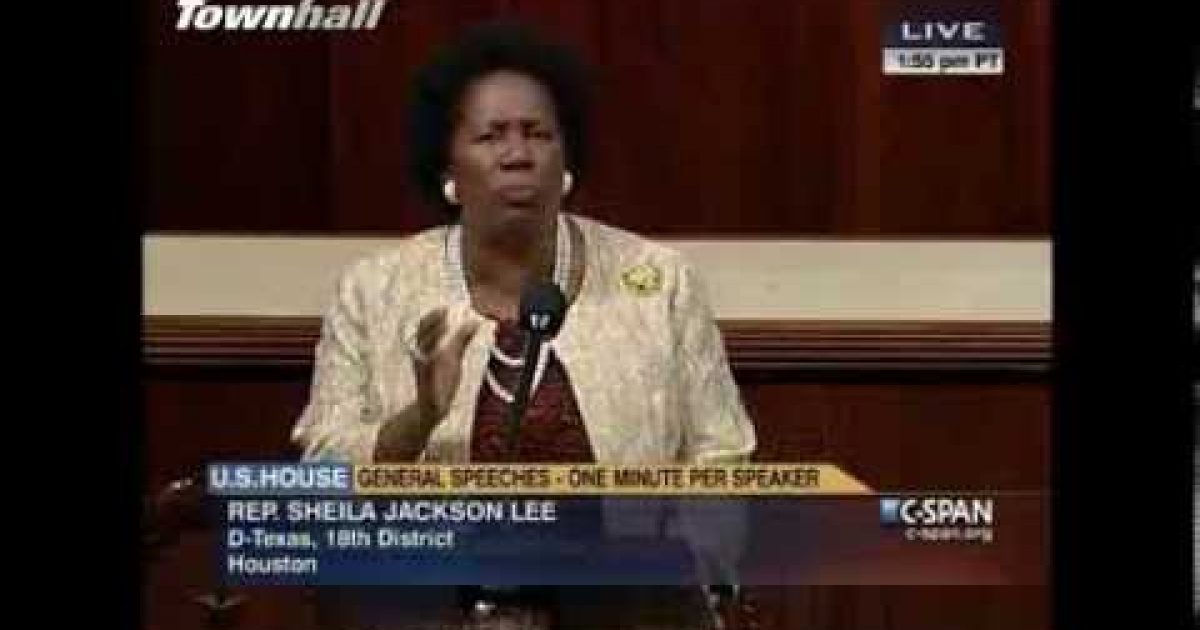 A standard phrase of Ron White, one of my favorite comedians is “You
can’t fix stupid.” Sometimes I wonder if he came up with that phrase to
warn us about Sheila Jackson Lee.
She may not be the dumbest person in Congress, she competes with
Barbara Boxer, Hank Johnson and Debbie Wasserman Schultz  for that title, but she would give them all a run for their money.

Today the Democrat from Texas took the house floor to beg the her colleagues to pass a continuing resolution that funded the entire government (actually they passed three). In the the middle of her speech she found a way to suggest the government shutdown may have been the motivation behind that deranged woman attempting to drive into the Capital building this afternoon.

At least Rep. Lee is getting more creative in her stupidity.