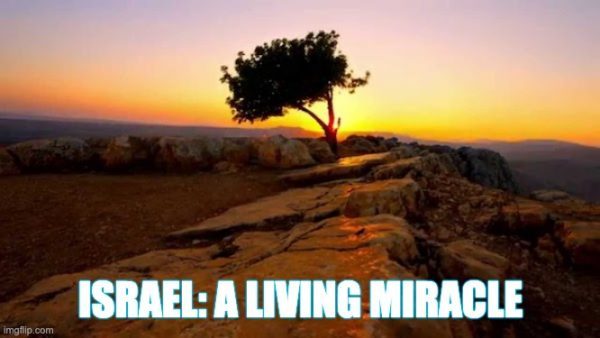 Until the morning that my brother sent me a message with a link to Seth Rogen’s appearance on Marc Maron’s show, I had honestly never heard of Seth Rogen!

5780 was full of horrible events for Jews, including, but not limited to, COVID 19, riots in American cities, and increased physical violence against Jews worldwide. Still, I cannot forget the public tragedy of a confused and obviously, Jewishly uneducated Jew.

I have had my fill of self-hating Jews, anti-Semites, anti-Zionists (same, same), and other lovely creatures, but this guy is seriously in a category all of his own.

It took me a few short minutes to get the gist of what the hour-plus rant was about as Marc and Seth man-splained their Jewish “problem.”

Many of my Facebook friends were far more gracious than I and tried to find the good in the few “so-called” positive things that Seth sees in Judaism (like sitting shiva — insert facepalming emoji here!).

At first, I was really angry … like really, really angry. After that, all I could feel for Rogen was a lot of pity.

I honestly feel sorry for a guy who is so ashamed of his “near 100% Jewish DNA” and he calls religion “silly.” It takes incredible ignorance to reduce the Jewish People to a mere “religion.” And as much as I hate it when my mother says that I just don’t “get it”… Mr. Seth Rogen just doesn’t “get it.”

Rogen’s self-hatred has made him oblivious to basic facts. Including: if Israel had been established before the Holocaust, Jews could have come home and escaped sure death.

He is ashamed of “tough Jews” – because clearly pasty frightened Jews are much more likable and have a much higher survival rate.

Needless to say, his podcast must have given much pleasure to our enemies!

Regardless of what was said, as an American Jew, who was privileged enough to make aliyah and to serve for three years in the IDF: I am here for you and all other Jews, no matter how disconnected you may be.

We’re here, even if you’re absolutely certain that you cannot get along with us. And we will take you in because you, (yes, you) are part of the nation, which is indigenous to the Land of Israel and you, (whether you like it or not), are a member of the tribe.

AND … Israel is your homeland, no matter how you feel about it.

Truer words have rarely been spoken.

In the aftermath of L’affaire Rogen, one Jerusalem Post writer opined: “Seth Rogen is not alone. There is a clear, present, and potentially irreversible inter-generational divide within Diaspora Jewry’s largest community residing in North America – particularly in the United States – concerning Israel. Young, secular, liberal Jews, especially in the U.S., have become increasingly vociferous in their criticism of Israel’s actions and, at times, in opposition to its very existence.”

As a Zionist education activist, who has spoken before groups of young Jews throughout the U.S. –everywhere from Manhattan to Boca Raton and from Kokomo, Indiana to Blue Bell, Pennsylvania in the last year– there is much to be concerned about with “young, secular, liberal Jews” but it is not as much that critics of Israel are winning the hearts and minds of younger generations. The real problem is that lovers of Israel have largely failed to double-down on behalf of Zionism. In my view, it’s not a choice, it’s a lack of options: we simply must do more to help these young Jews choose Israel and choose Zionism.
We’ve failed to give them a reason to love and support Israel.

And this failure can be fixed. It is far from too late.

We focus too much energy trying to justify Zionism and defend Israel.

We need to take a positive approach and teach all Jews why Zionism is not only beautiful, but something to embrace and fight for because it is our civil rights struggle for our people. Israel is not just the safe haven that Rogen intimated when he spoke of a place of “preservation of the Jewish people.” Yes, Israel does play that critical role, but she is so much more than just a safe haven. It’s an undeniable fact that it has taken over 2,000 years of praying and dreaming for Israel to become an independent Jewish state. Most North American Jews, especially the ones born after 1948, take Israel for granted, but the reality is, Israel is a miracle.
Therefore, it is our task as Zionist educators to remind and educate our sisters and brothers about why the dream of Zion mattered to our people for thousands of years. And it is our obligation to show them why, even though this dream has been fulfilled, as Jews, this connection to Israel should matter to them today. Then, and only then, will Jews like Seth Rogen will have a chance of “getting it.”
——
Karma Feinstein Cohen is the Executive Director of World Herut. More information about Herut is available at https://www.herutna.org/
Facebook Twitter Flipboard