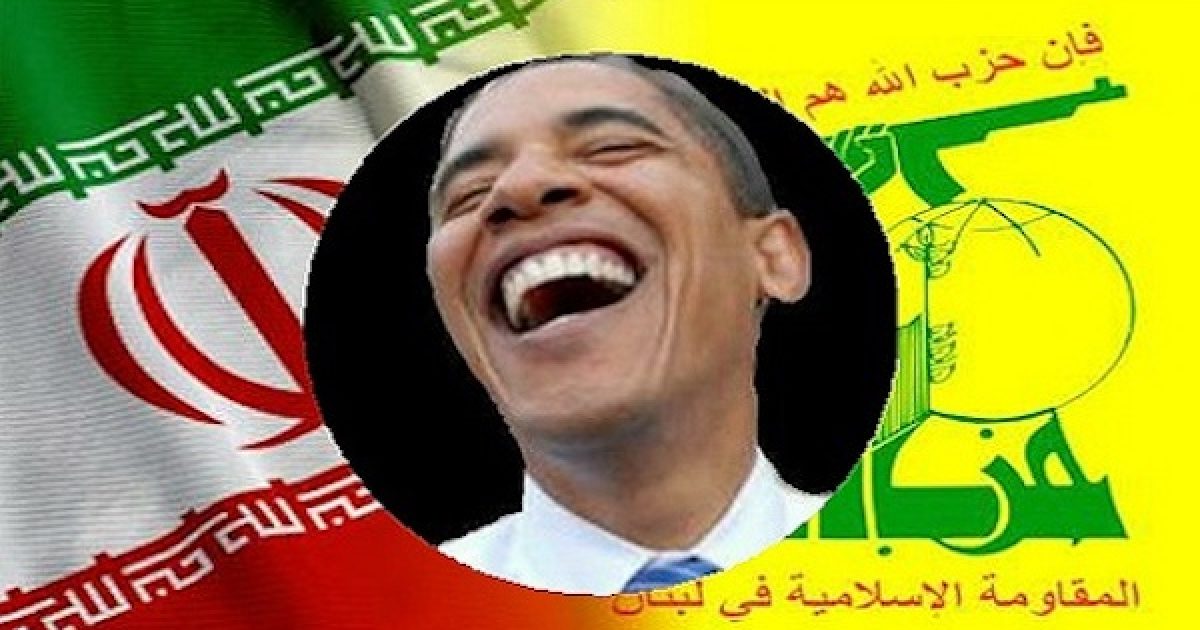 Jeff Sessions is working on correcting another major Barack Obama error with a team of leading investigators and prosecutors he named the Hezbollah Financing and Narcoterrorism Team (HFNT) whose purpose is to complete the investigation/arrests the of Hezbollah terrorists Obama stopped as a way to “make nice” with Iran.

Last month Politico reported that Obama’s single-minded quest to have a foreign policy legacy via a complete at any cost deal with Iran, caused the administration to shut down an ambitious law enforcement investigation targeting drug trafficking by the Iran supported-terrorist group Hezbollah. The former President allowed the group to funnel cocaine into the U.S. damaging the lives of Americans so he could have his Iran deal.

Lebanese arms dealer Ali Fayad a suspected top Hezbollah operative whom agents believed reported to Russian President Vladimir Putin as a key supplier of weapons to Syria and Iraq, was arrested in Prague in the spring of 2014. But for the nearly two years Fayad was in custody, top Obama administration officials declined to apply serious pressure on the Czech government to extradite him to the United States, even as Putin was lobbying aggressively against it.

Fayad, who had been indicted in U.S. courts on charges of planning the murders of U.S. government employees, attempting to provide material support to a terrorist organization and attempting to acquire, transfer and use anti-aircraft missiles, was ultimately sent to Beirut. He is now believed by U.S. officials to be back in business, and helping to arm militants in Syria and elsewhere with Russian heavy weapons.

Project Cassandra members say administration officials also blocked or undermined their efforts to go after other top Hezbollah operatives including one nicknamed the ‘Ghost“ allowing them to remain active despite being under sealed U.S. indictment for years. People familiar with his case say the Ghost has been one of the world’s biggest cocaine traffickers, including to the U.S., as well as a major supplier of conventional and chemical weapons for use by Syrian President Bashar Assad against his people.

Per the DOJ, HFNT prosecutors and investigators are tasked with investigating individuals and networks providing support to Hezbollah, and pursuing prosecutions in any appropriate cases. The HFNT will begin by assessing the evidence in existing investigations, including cases stemming from Project Cassandra [the program Obama killed], a law enforcement initiative targeting Hezbollah’s drug trafficking and related operations.  Acting Assistant Attorney General John P. Cronan of the Justice Department’s Criminal Division will supervise the HFNT and will convene a coordination meeting focused on identifying and combatting support to Hezbollah.  The HFNT will coordinate with, among others, investigators from the Drug Enforcement Administration (DEA), including the DEA’s Special Operations Division; Federal Bureau of Investigation; Homeland Security Investigations; Assistant United States Attorneys; and attorneys from the Justice Department’s Criminal Division and National Security Division.

“The Justice Department will leave no stone unturned in order to eliminate threats to our citizens from terrorist organizations and to stem the tide of the devastating drug crisis,” said Attorney General Sessions. “In an effort to protect Americans from both threats, the Justice Department will assemble leading investigators and prosecutors to ensure that all Project Cassandra investigations as well as other related investigations, whether past or present, are given the needed resources and attention to come to their proper resolution. The team will initiate prosecutions that will restrict the flow of money to foreign terrorist organizations as well as disrupt violent international drug trafficking operations.”

“The investigation and prosecution of terrorist organizations that contribute to the growing drug crisis are a priority for this administration,” said Acting Assistant General Cronan. “At the Attorney General’s direction, the HFNT will use all appropriate tools to aggressively investigate and prosecute those who provide financial support to Hezbollah in an effort to eradicate the illicit networks that fuel terrorism and the drug crisis.”

Allowing Hezbollah terrorists to make money by trafficking cocaine into the country is just one more example of how Barack Obama and the Democrats didn’t care about the people of this country when they created this awful Iran deal.