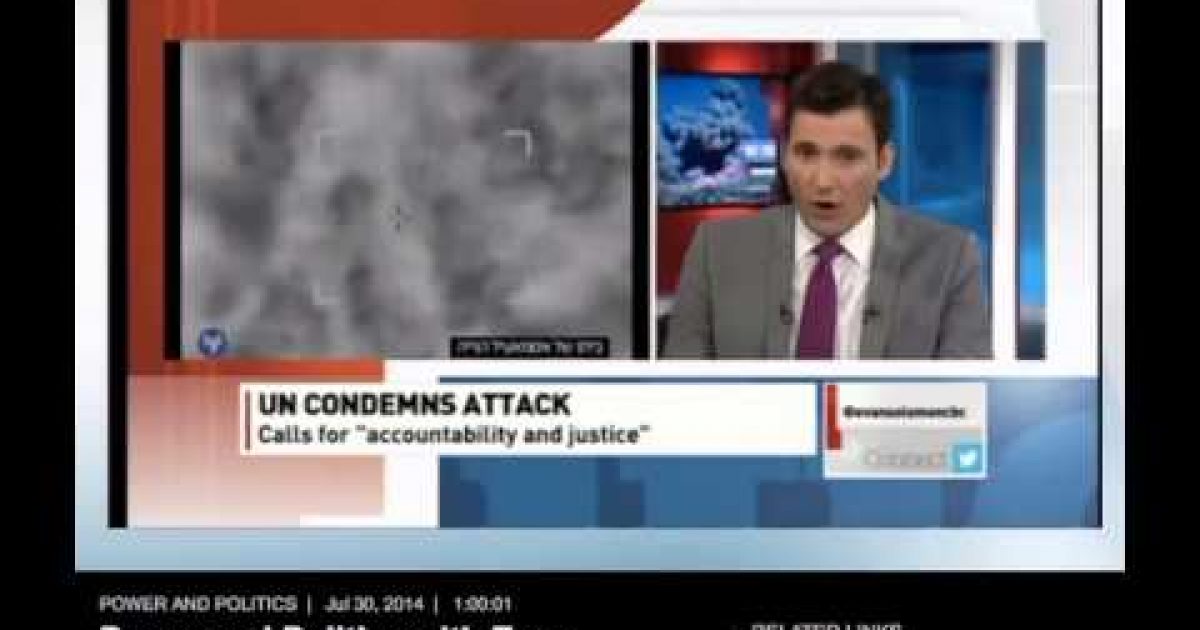 Interviewed on CBC, Canadian National Radio John Ging Director of the United Nation Office for the Coordination of Humanitarian Affairs said Hamas terrorists “are firing their rockets into Israel from the vicinity of UN facilities and residential areas.” This statement by a senior UN official confirms what the Israel has said repeatedly since the beginning of Operation Protective Edge, that Hamas uses Gaza’s civilian population as a human shield.

Ging began the interview by saying the U.N. had forensic evidence that Israel was responsible for the Sept. 30 attack on the U.N. School in Gaza, something Israel has not denied but asserted that they are fired at by Hamas forces near the school. He followed by talking about the human shields.

Ging: The militants, Hamas, and the other armed groups, they are firing also their weaponry, the rockets, into Israel from the vicinity of these [UN] installations and housing and so on, so the combat is being conducted very much in a residential built up area.

Interviewer: The Israeli government has said repeatedly that Hamas is using human shields, they are using UN schools, hospitals — not only, by the way, to store weapons — I know 3 UN-run schools have been found with munitions stored in them, as weapons depots — but in the UN’s experience, is Hamas or militant groups, Islamic Jihad, are they launching rockets nearby these shelters, these UN schools? Are they using it essentially as a shelter?

Ging: Yes, the armed groups are firing their rockets into Israel from the vicinity of UN facilities and residential areas, absolutely.