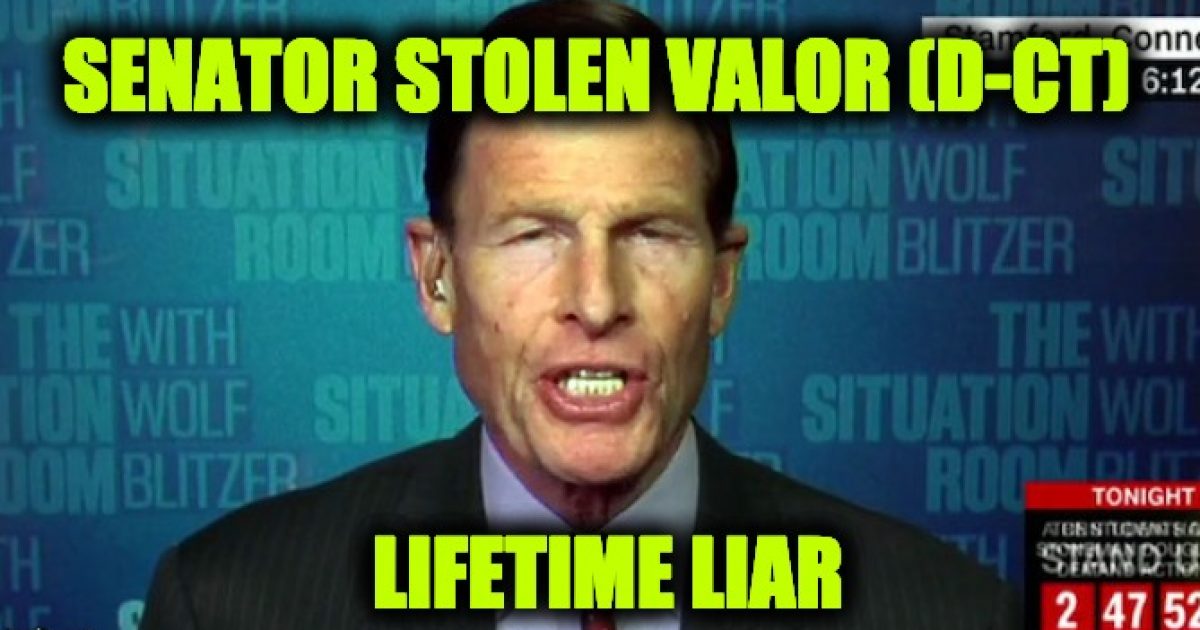 What happened in New Zealand was horrible! A 29-year-old mentally deranged low-life scumbag Brenton Tarrant slaughtered at least 49 worshipers and injured many others who were praying at two New Zealand mosques.

As is his practice, Connecticut Senator Richard “Stolen Valor” Blumenthal was quick to turn the massacre into a political opportunity.  Friday morning he rushed to TV cameras so he could blame President Trump for the cowardly act.

“Words have consequences like saying we have an invasion on our border and talking about people as though they were different in some fatal way,” Blumenthal said during an interview on CNN.

“I think that the public discourse from the president on down is a factor in some of these actions.” he added.

(..) “Words do have consequences, and we know that at the very pinnacle of power in our own country, people are talking about ‘good people on both sides,'”

That last line was a reference to the President’s words after Charlottesville when he said there were good and bad people on both sides. The President apologized for saying there were good people on both sides and renounced his statement days after that tragedy almost two years ago. But Blumenthal needed to add to the divisiveness of his statment.

Why does Blumenthal make statements intended to divide rather than unite?  Well it isn’t because he has PTSD. Until he got caught lying during his first senate campaign, Blumenthal always claimed that he served in Vietnam during the war, The truth is the closest he ever came to Vietnam was walking past a Vietnamese take-out restaurant last time he was in Manhattan.

The lying Connecticut Senator also claimed he was right in the middle of the Roe vs Wade decision which was written by Justice Harry Blackmun in 1973.

“I’m new to the Senate but I’m not new to this battle. Since the days of Roe v. Wade, when I clerked for Justice Blackmun, as a state legislator, as attorney general, I have fought this battle.”

Blumenthal did clerk for Supreme Court Justice Harry Blackmun. But he clerked in 1974, the year after Blackmun wrote Roe v. Wade decision. In 1973 Blumenthal was busy not serving in Vietnam.

Perhaps the reason Blumenthal runs to unfairly target President Trump is to divert the press from digging into his background and discovering more lies.

Maybe the media should consider Blumenthal’s history of lying before running to him so he can falsely blame Trump.