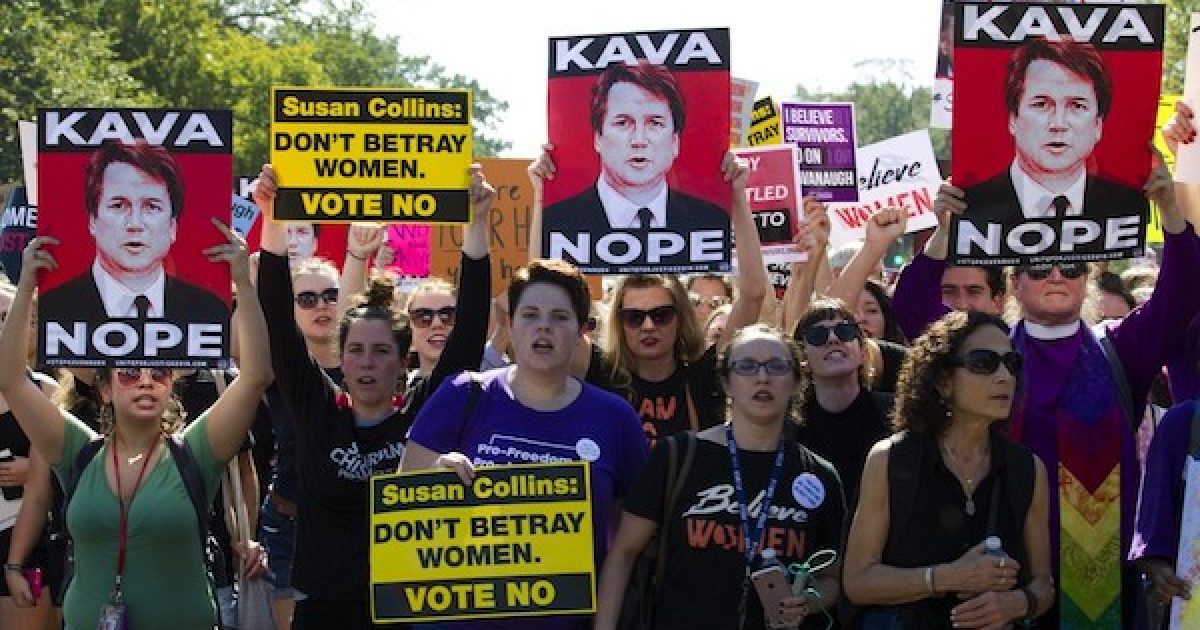 Referencing an incident in which he was followed to a bathroom by anti-Kavanaugh protesters, Senator Perdue of Georgia urged his Republican colleagues to “grow up” and start confronting liberal activists.

This, as opposed to spineless GOP members who waffle on their convictions when confronted by screeching paid activists in an elevator.

A group of Kavanaugh haters who opposed his final confirmation to the Supreme Court recently followed Sen. David Perdue and his wife through Reagan National Airport, repeatedly shouting even when the congressman hit the men’s room (no sh*t they really did that).

“There are millions of women who have come out about their sexual assault, and you don’t feel you have to ask any questions?” they shouted.

Others remarked that Perdue has “to exit at some point” and talk to them. ‘Cause, hey, they’re super creepy.

Senator Perdue responded to the harassment from the Senate floor earlier this week.

“After a personal incident that involved my wife and myself this week, we have seen firsthand the length to which members of the other side of this aisle will go to distract us away from the truth, I believe my Democratic colleagues have gone one tick too far this time. When paid activists who support you attack my wife, you have gone too far.”

@sendavidperdue
One of the really good guys responds to leftwing agitators inciting:https://t.co/ncXHHR67s5

Senator Perdue called out Democrat colleagues who have explicitly called for violence against their Republican counterparts – Cory Booker and Maxine Waters. 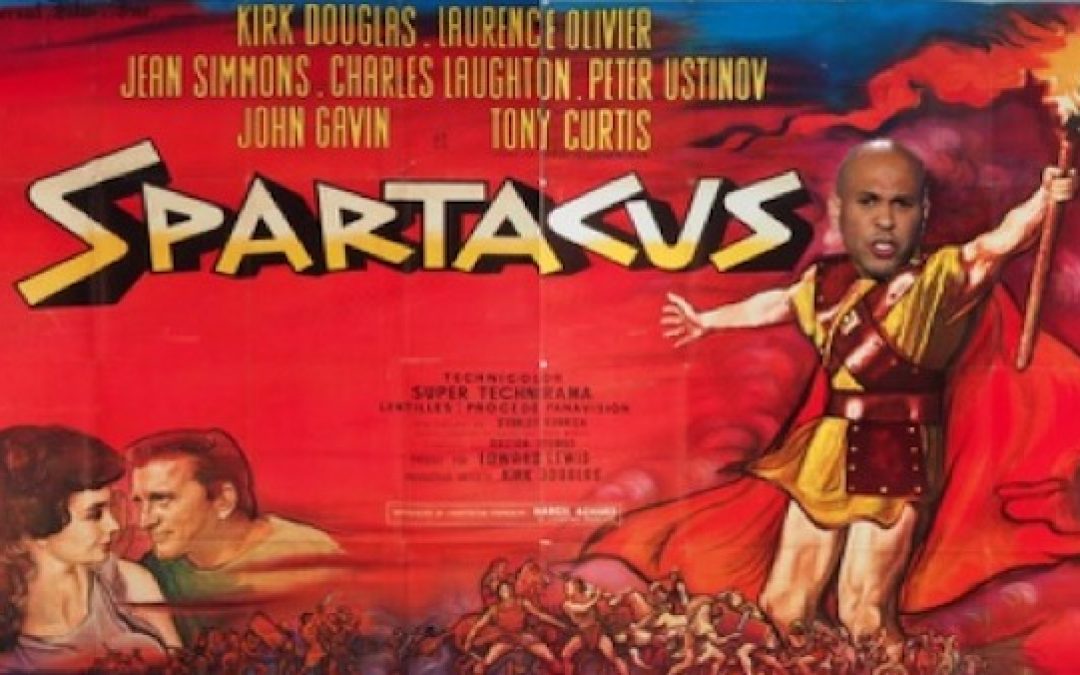 Senator Cory Booker, or Spartacus as he is known only in his own mind, urged supporters to “get up in the face” of some members of Congress.

Waters called on Americans to take to the streets screaming, calling for Trump’s head and was the initial instigator of this behavior by telling supporters to harass administration officials in public every chance they get.

Senator Perdue slammed those activists being sent to carry Waters and Booker’s extreme rhetoric to fruition.

“This is a George Soros conspiracy, and it’s time we wake up, expose them, stand up, and fight for our country because that’s what’s at stake here,” he said. “It’s time for Republicans to stop being the minority party, grow up and stop playing defense.”

Thank you @sendavidperdue for speaking truth! So sorry you had to go through this. Proud to be a Georgian right now! Sen. David Perdue: Republicans Need to ‘Grow Up’ and Confront ‘Paid Activists’ https://t.co/ugH7C5ewsu via @BreitbartNews

Some seem to be heeding Perdue’s call to action.

President Trump is not only making America great again, but he also made Lindsey Graham great again. The senator from South Carolina has been in Beast Mode for two weeks now, almost single-handedly saving the Kavanaugh confirmation.

Check out this video of him snapping at a protester …

If you’re a Democrat watching Lindsey Graham stop an interview cold, spin around and WREK a liberal protester into silence on national TV with a line about a WITCH — you have to be thinking: ‘What in sweet Hell have we unleashed on ourselves? pic.twitter.com/IDWE3ZrAUy

In the last 18 months, our family has experienced violence and threats of violence at a horrifying level. I will never forget the morning of the shooting at the congressional baseball practice, the pure relief and gratitude that flooded me when I realized that Rand was okay.

“He was not okay last November, when a violent and unstable man attacked him from behind while he was working in our yard, breaking six ribs and leaving him with lung damage and multiple bouts of pneumonia (..)”

Earlier this week, Rand was besieged in the airport by activists “getting up in his face,” as you, Senator Booker, encouraged them to do a few months ago. Preventing someone from moving forward, thrusting your middle finger in their face, screaming vitriol — is this the way to express concern or enact change? Or does it only incite unstable people to violence, making them feel that assaulting a person is somehow politically justifiable?

Senator Booker, Rand has worked with you to co-sponsor criminal justice reform bills. He respects you, and so do I. I would call on you to retract your statement. I would call on you to condemn violence, the leaking of elected officials’ personal addresses (our address was leaked from a Senate directory given only to senators), and the intimidation and threats that are being hurled at them and their families.

“I want to make it clear to these people who are chasing my members around the hall here, or harassing them at the airports, or going to their homes,” he announced, “We will not be intimidated.”