Sen. Warren (D-MA) Admits She Made Fake American Indian Claim All The Time 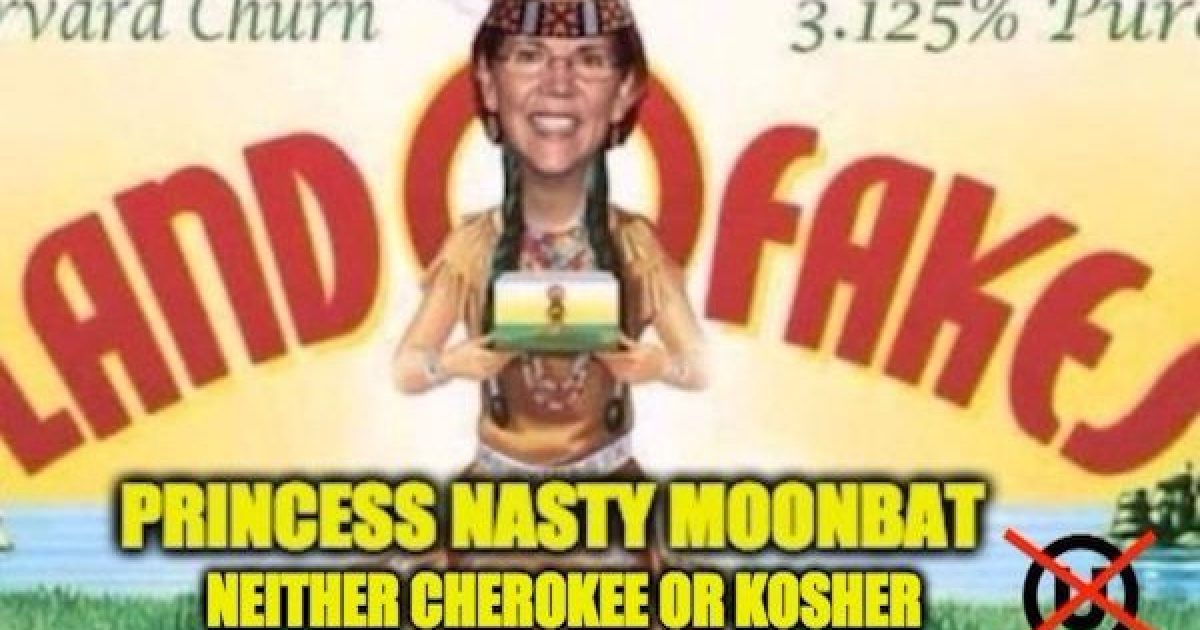 For the first time, we have an example of Sen. Elizabeth Warren claiming to be an “American Indian” written in her own hand. The document was filled out when she registered for the State Bar of Texas in 1986.  After the Washington Post broke the story on Tuesday, Warren told the Post, “I can’t go back, But I am sorry for furthering confusion on tribal sovereignty and tribal citizenship and harm that resulted.”

Here is the form Elizabeth Warren filled out for the State Bar of Texas claiming American Indian heritage. pic.twitter.com/VwHifS7BCL

But the next day Warren’s responses got much stronger. In so many words she admitted she made that fake claim all the time back then.  When asked by reporters if there are more documents in which she self-identified as “American Indian,” Sen Fauxohontas said,

“All I know is during this time period this is consistent with what I did because it was based on my understanding from my family’s stories but family stories are not the same as tribal citizens.”

Sorry Senator but the “family stories” excuse is bull. Every year during Passover Jewish families tells the story of the Exodus from Egypt. The story begins with “we were slaves in Egypt.” We all know Egypt is in Africa, but based on that family story I don’t hear any American Jews claiming to be African Americans.

Warren is expected to formally announce she’s running for president during a rally in Massachusetts on Saturday. But she may delay that to see if she can recover from her latest fake Native American news. Just four months ago she reopened the controversy when she revealed the results of a DNA test. The DNA test conducted by Prof. Carlos D. Bustamante of Sanford University, reports that the  Warren may have had one Native American ancestor 6-10 generations ago. Her DNA was between 1/64th and 1/1,024th Native American.  Or to put it another way, the results of the analysis show that she only slightly more Native American than Connecticut Senator Richard Blumenthal is a veteran of combat in the Vietnam war.

RNC Chair Ronna McDaniel wrote a letter to the  State Bar of Texas’ chief disciplinary counsel to argue that Warren had failed to correct her registration card from 1986, and therefore violated the state’s requirements that applicants have “good moral character and fitness.”

As reported in the Hill:

“Attorney Warren is now apologizing for misrepresenting herself as an ‘American Indian’ or Native American throughout her career,” McDaniel wrote in a request made public by the RNC.

“It has now been thirty-three (33) years since she made this representation to the Texas Bar and has never made an attempt to correct her registration card. Therefore it is clear that Attorney Warren lacked the ‘Good Moral Character’ required for admission to the Texas Bar and should be disciplined for her three (3) decades of untruthfulness,” the request added.

It would be cool if the Bar Association did anything about Warren’s “misinformation,” but it would be astonishing if they did.

Below is McDaniel’s full letter.

Chairwoman McDaniel Letter … by on Scribd