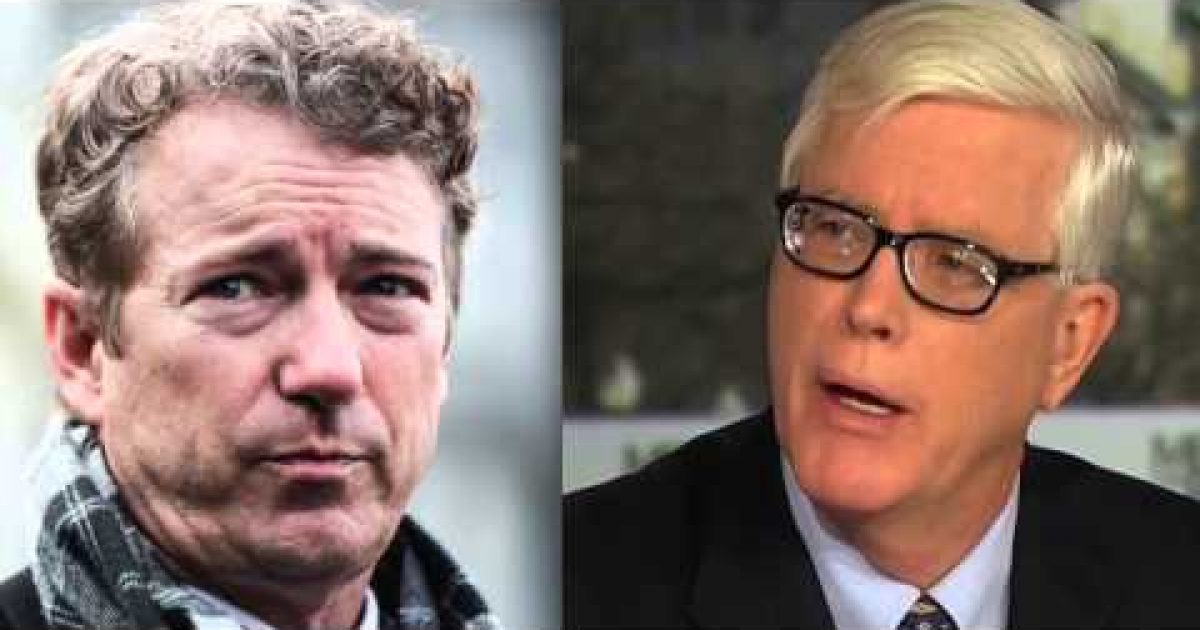 Senator Rand Paul was a guest on Friday’s Hugh Hewitt Show and as he has done with each of the Presidential candidates, the radio host  asked about the Iran deal.  Paul said he doesn’t trust the Iranians and that only congress can remove the sanctions, but given the opportunity he would continue negotiations with Iran. Like the Obama administration he believes the only alternative to more negotiations is war.

Hewitt: All right, now let me turn to the Iran deal. Now yesterday, the Supreme Leader said the first day of the deal means the end of sanctions. After that announcement, Senator Paul, should we walk away from the negotiating table?

Paul: I think my biggest concern about the whole thing is that immediately on the Obama administration coming forward with the talking points of what they say the agreement means, you have the Iranians tweeting in English at us saying that basically, the agreement doesn’t mean anything that we say it means. And so I do think there’s a great deal of concern about a lack of sincerity on the Iranians’ part. And yes, I’m very skeptical. The one thing I’ve said over and over is that we cannot constitutionally let the President undo law on his own. So the sanctions were passed. I voted for the sanctions against Iran. These sanctions were passed by Congress. I don’t think there is a legal way in which he can remove him without our approval.

Hewitt: But the Supreme Leader said they have to come off on the day the deal is signed, or there’s no deal. Given that, and given your position on Congressional oversight, any point in us going back to Switzerland?

Paul: Well, my point has always been that there should be a delay between the two, and that you should see proof of compliance and proof of goodwill on Iran’s part before any sanctions would be removed. But as far as going back, this is where I differ from some Republicans. I still am in favor of continued negotiations. I don’t think immediately stopping negotiations, I think they need to keep the sanctions in place, but I think keeping the door open and continuing conversations is better than war.