Sen. Mary Landrieu (D-LA) Has No Home In Louisiana, Claims She Lives With Mommy And Daddy 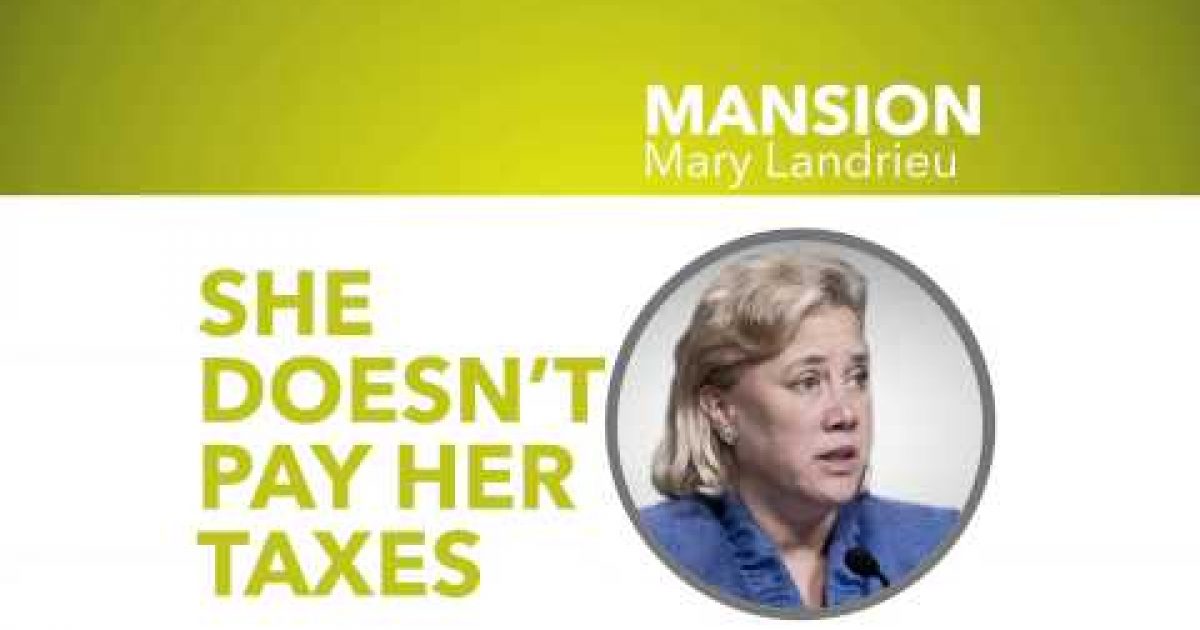 At 58 years old, married with three kids, Senator Mary Landrieu (D-LA) claims her primary residence is the tiny home above which is owned and lived in by her parents. That is what it says on her voter registration.  The senator and her husband do own and live in a stately, $2.5 million brick mansion in Washington DC

It is strange that the senator does not own a home in the the state she represents (and votes in) and according to the Washington Post:

On a statement of candidacy Landrieu filed with the Federal Election Commission in January, she listed her Capitol Hill home as her address. But when qualifying for the ballot in Louisiana last week, she listed the family’s raised-basement home here on South Prieur Street.

The New Orleans house, which Landrieu claims as her primary residence, is a new flash point in one of the most closely contested Senate races in the country. Republicans are considering taking legal action to question Landrieu’s residency in the state, arguing that since winning her seat in 1996 she has become a creature of Washington.

Landrieu of course claims that her family of five piles in with mommy and daddy when she isn’t in Washington.

“I have lived at my home on Prieur Street most of my life and I live there now, when not fulfilling my duties in Washington or serving constituents across the state,” Landrieu said in a statement Thursday.

Verna Landrieu jointly owns the house with Nineland Partnership, a limited liability corporation set up for the family’s estate planning. Mary Landrieu, 58, and her eight siblings, who grew up in the house, have equal stakes in the partnership, campaign officials said. The home, set on a corner lot, is valued at $297,400, according to Orleans Parish tax assessment records, which do not list the number of bedrooms or other living space details.

On the blocks surrounding the house this week, blue and yellow “I’m With Mary” campaign signs were visible in many yards. But several residents said they had not seen Landrieu in the neighborhood recently.

The signs are a bit out of place because if they WERE with Mary they certainly wouldn’t be in Louisiana because it seems she lives in D.C.