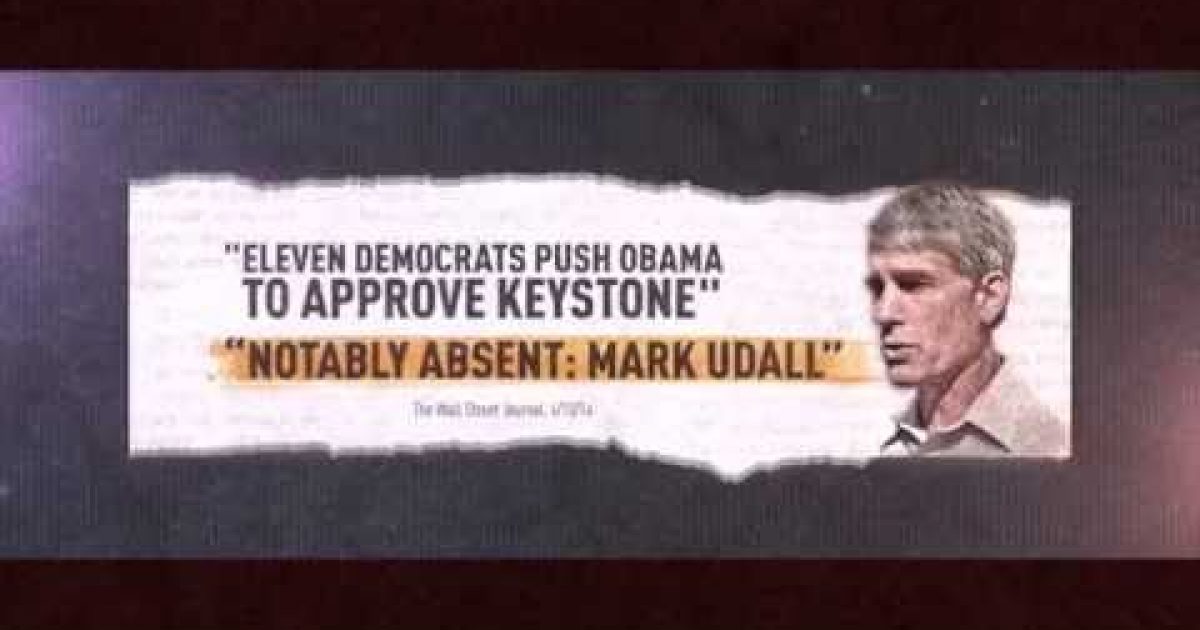 With all the bashing of the Koch Brothers coming from Senate Democrats its a wonder why they don’t criticize Senator Mark Udall (D-CO). The latest poll of Coloradans reports that two-thirds of voters want the Keystone pipeline built, but thanks to California billionaire Tom Steyer donating to his reelection campaign, Senator Udall who represents energy producing state Colorado has decided to oppose the the pipeline.

Steyer, has made no secret of the fact that he would funnel at least $100 million support candidates who make climate change and opposing Keystone, a key issue on the 2014 midterms. Steyer is hosted a “Blue Green Council Dinner” fundraiser for the Democratic Senatorial Campaign Committee at his San Francisco home in February. One of the Democrats showing up to kiss the anti-energy ring was Marc Udall.

No that Udall is getting away with it, American Commitment, a national advocacy group with over 1,800 Colorado members, is launching ad campaign targeting Udall’s opposition to the Keystone Pipeline—and his apparent motivation, San Francisco hedge fund kingpin Tom Steyer’s money.

“Mark Udall sold out his Colorado constituents by choosing a San Francisco billionaire over jobs and affordable energy for Colorado,” said Phil Kerpen, president of American Commitment. “Mark Udall is the only energy state Democrat to pick Tom Steyer over the very constituents who sent him to Washington to represent their interests. Mark Udall’s vote against the pipeline last year was a vote against Colorado, and his recent conspicuous refusal to join other energy state Democrats on a letter supporting the pipeline shows Udall continues to choose his billionaire California backer over his Colorado constituents.”

The ad is embedded below: