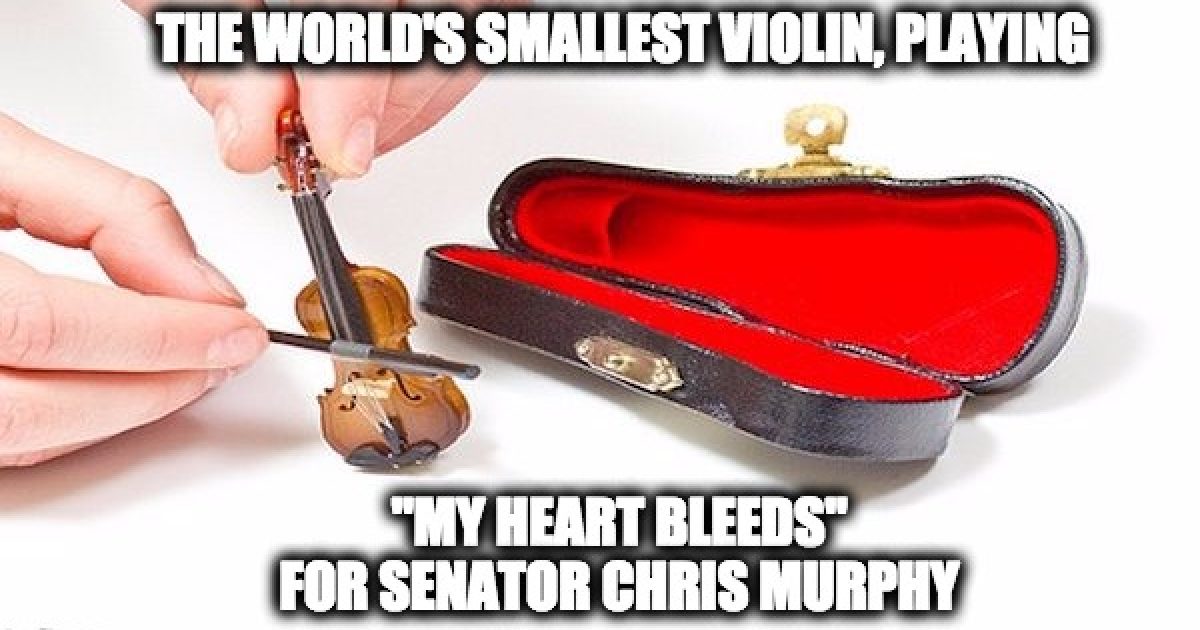 Folks if any of you try to call the office of Senator Chris Murphy (D-CT) and the line is busy, please understand the progressive Senator may be on the phone with a suicide hot line. Murphy is extremely depressed and it’s President Trump’s fault. When not exactly his fault but because Senator Murphy, who usually bashes Trump whatever he does, had an epiphany about the POTUS.

When pressed by a local Connecticut news station about the possibility that President Trump could be impeached, Murphy seemed to grow agitated.

“You can’t impeach somebody for doing what they said they were going to do as a candidate,” the Senator rightly stated when answering the dreaded impeachment question.

The news anchors had mentioned that some Democrats were arguing that Trump was “unfit” for office, a charge that Murphy was unwilling to agree with.

“Those are heavy accusations. Here’s my thoughts on this: I don’t see President Trump acting very differently as a President than he did during the campaign.”

Murphy continued by wondering how Democrats could be so surprised with what Trump was doing, considering most of what has happened thus far was exactly what Trump said he would do on the campaign trail.

When asked to give his opinion whether or not Trump was “stable,” Murphy acted with more responsibility than most of his Democrat counterparts who are asked the same question. Instead of calling our President’s sanity into question, Murphy simply said that the President didn’t seem to be acting very Presidential.

While it’s not exactly a glowing recommendation it’s actually a pretty spectacular endorsement for Trump, isn’t it?

I think President Trump should be sending Senator Murphy a fruit basket or something to cheer him up.  And if that doesn’t work perhaps one of those jackets with the very long sleeves that make his arms can cross in the front and then tie to his back so he can’t hurt himself.

Below is the video of the Connecticut Senator’s interview.