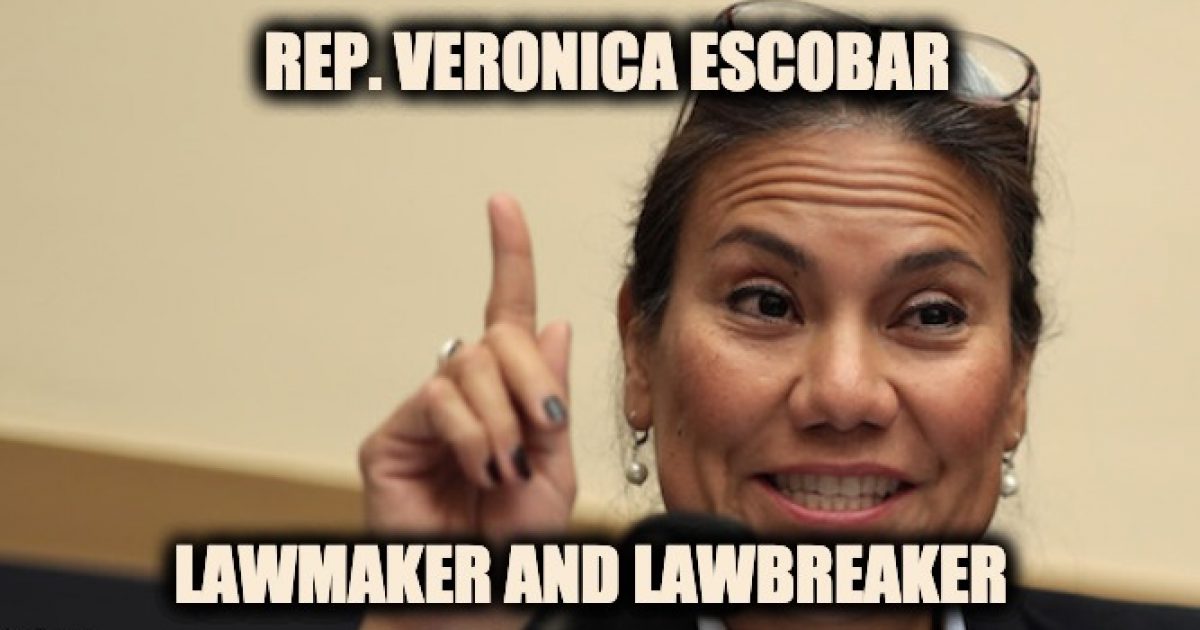 In one of the more extreme accusations in the letter, Jordan also cites reports that Rep. Veronica Escobar (D-TX) allegedly ‘coached’ migrants on how to exploit federal immigration law loopholes.

Jordan asserts that committee staff took two trips to Mexico in August without the knowledge of Republicans.

“Although you have the authority to direct Committee staff to travel internationally on official committee business, you have not explained why you authorized this travel into Mexico or what you sought to learn through these trips,” the Ohio Republican wrote.

Jordan surmised that the trips – one of which required a special escort by Border Patrol back over the border – were designed “to delegitimize the administration’s border security efforts and vilify the men and women who protect our border.”

That is, of course, what the Democrat goal is. In their minds, Border Patrol are the criminals, not those actually breaching our southern border.

More disturbing, Jordan questions reports that Escobar was involved in the “coaching” of migrants.

A July report in the Washington Examiner claimed that Escobar had sent staff to coach migrants in the border town of Ciudad Juarez on how to exploit the law by instructing them “to pretend they cannot speak Spanish to exploit a loophole letting them return to the U.S.”

Migrants sent to Mexico could remain there for a period of up to five years until their asylum case can be heard, and therefore must be fluent in Spanish under the policy. But they were mysteriously returning unable to speak the language they had used days earlier.

Escobar, often presented in mainstream media as a voice of “reason” when it comes to immigration, is reportedly masterminding the effort.

“They [Escobar’s staff] went through and interviewed everybody, cherry-picked them, brought them back, and now are using them as tag lines,” the official added. “They’re going over there and manufacturing a lot of these issues.”

Escobar refused to comment on the Examiner report but denied the accuracy in a social media post. And as the usual liberal practice when they have no idea of how to argue a point, she accused the Examiner of being bigoted.

The @dcexaminer has published a fabricated story resulting in death threats against me and my staff.

This hit piece is fueled by xenophobia and misinformation. But guess what, guys? These attacks won’t deter me doing my job, upholding my oath, and pushing for accountability.

The Examiner report cited several “Customs and Border Protection personnel” to verify the claims against Escobar.

Jordan’s letter, according to Fox, “asked Democrats a number of questions including what the purpose of the visit was, which individuals and groups they interacted with, why Escobar’s office was invited, and what ‘coaching’ on immigration laws, if any, was given to migrants.”

Escobar is a great example of the depths to which the Democratic party has sunk. Last month she demanded that Trump stay away from the city of El Paso following a mass shooting there last month. Now she’s coaching illegals on how to break the law.

NEWS: Today @CoryBooker crossed the U.S. border from Juarez to El Paso with @fams2gether to help escort 5 asylum-seekers and try to prevent them from being sent back to Mexico. https://t.co/SiDIvXJiCc

While both acts were illegal, at least Booker made his move publicly, Rep. Escobar sends her staff to sneak across the border to teach people the art of lying to skirt U.S. immigration laws.

She is a member of congress if she doesn’t like the law–she can work to change instead of breaking it.