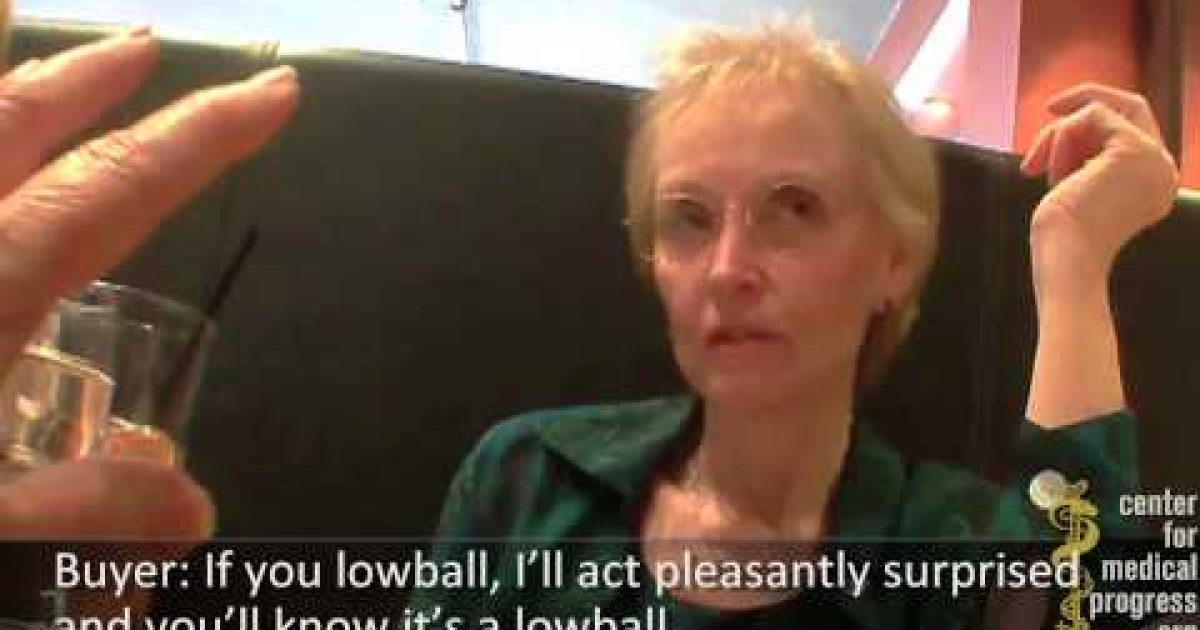 It is similar to last week’s viral video showing PPFA Senior Director of Medical Services Dr. Deborah Nucatola admitting to using partial-birth abortions to get intact parts and suggesting a price range of $30 to $100 per specimen.

Actors posing as buyers haggle with Gatter over price., “What would you expect for intact [fetal] tissue?”

“Well, why don’t you start by telling me what you’re used to paying!” Gatter replies.

Gatter continues: “You know, in negotiations whoever throws out the figure first is at a loss, right?” She explains, “I just don’t want to lowball,” before suggesting, “$75 a specimen.”

Gatter plays passive aggressive at times first reciting  Planned Parenthood standard messaging on fetal tissue collection, “We’re not in it for the money,” and “The money is not the important thing,” but quickly goes back to to the money “But what were you thinking of?” and, “But it has to be big enough that it’s worthwhile for me.”

Gatter also admits that in prior fetal tissue deals, Planned Parenthood received payment in spite of incurring no cost: “It was logistically very easy for us, we didn’t have to do anything. So there was compensation for this.” She accepts a higher price of $100 per specimen understanding that it will be only for high-quality fetal organs: “Now, this is for tissue that you actually take, not just tissue that someone volunteers and you can’t find anything, right?”

By the lunch’s end, Gatter suggests $100 per specimen is not enough and concludes, “Let me just figure out what others are getting, and if this is in the ballpark, then it’s fine, if it’s still low, then we can bump it up. I want a Lamborghini.”

Gatter also suggests she would be willing to modify the abortion procedure to get more intact fetuses: “I wouldn’t object to asking Ian, who’s our surgeon who does the cases, to use an IPAS [manual vacuum aspirator] at that gestational age in order to increase the odds that he’s going to get an intact specimen.”

Gatter seems aware this violates rules governing tissue collection, but disregards them: “To me, that’s kind of a specious little argument.” Federal law requires that no alteration in the timing or method of abortion be done for the purposes of fetal tissue collection (42 U.S.C. 289g-1).

At Change.org, there is a petition asking the government to stop scientific research on animals. It says a lot about the sad state of liberal/progressive philosophy that, at the same time there is a video on YouTube where the head of an organization that received over $540 million from the governments in 2013, is defending the practice of using human baby parts for scientific research.