Freedom And Its Extra Meaning During This Second COVID Passover

The Slavery In Egypt Began With Slandering The Jewish Nation. We Must Ensure Our Freedom By Fighting The Modern Slander 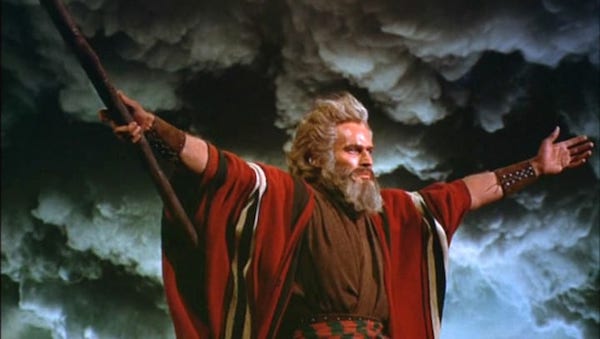 Saturday at sundown, Jews across America, indeed Jews across the world, will observe Passover’s first night with the Passover Seder.  The Seder is an evening of chanting, discussion, asking, and answering questions revolving around the freedom that came with the exodus from Egypt to teach our children. But can we teach about freedom when from the second straight year we have to stay in our houses and can’t have the huge family gatherings we have every year? second COVID Passover

While the cases of COVID-19 are falling and my wife and I have both received two doses of the Pfizer vaccine, like last year, anyone outside the immediate family participating in our Seder will be doing so via Zoom.

I would submit that as frustrating as sheltering-in-place is (and it is frustrating), instead of complaining about the lockdowns, perhaps they can be used to fulfill the Passover Seder’s purpose. As it says in Exodus, chapter 13:

And you shall tell your son on that day, saying, “Because of this, the Lord did [this] for me when I went out of Egypt…And it will come to pass if your son asks you in the future, saying, “What is this?” you shall say to him, “With a mighty hand did the Lord take us out of Egypt, out of the house of bondage

The Seder begins with the youngest at the table asking questions, and everything afterward answers those questions. In the Hagaddah  (the guidebook for the Seder), we learn that Rabbi Gamliel, who was the head of the Sanhedrin after the destruction of the second temple, teaches us, “In every generation, a person is obligated to see him or herself as if he or she went out of Egypt.”

Gamliel isn’t teaching us to believe that we were hanging out with Moses at Sinai (although that might have been very cool, especially the revelation at Sinai). Instead, we teach our children that slavery doesn’t necessarily mean being forced to build cities for Pharaoh.  BTW, we didn’t build the pyramids. As seeing ourselves as going out of Egypt, Gamliel is describing slavery as having our minds locked, not being able to think for ourselves and make our own choices or pick our own route toward self-actualization–we can’t act as slaves.

Slavery in Egypt began with slandering the Israelite nation, some of the same types of slander being used against the Jewish nation. Chapter one of Exodus says:

The Pharaoh said to his people, “Behold, the people of the children of Israel are more numerous and stronger than we are. Get ready, let us deal shrewdly with them, lest they increase, and a war befall us, and they join our enemies and wage war against us and depart from the land.”

The nascent Jewish nation was not born via battles and war but in slavery with help from God.  The first Passover Seder was celebrated in Egypt. The future Jewish nation was commanded to act as free people while we were still slaves. They were told to paint the frames of their doors with lamb’s blood, afterward to stay inside for their own protection. While the Jews feasted on a meal of roasted lamb, the angel of death took the lives of Egypt’s firstborn and passed over the homes with the painted door frames.

The use of a lamb was an act of freedom and defiance toward their Egyptian overlords.  The ram was the sacred animal of two major Egyptian gods, Amun and Khnum. With this first Passover Seder, the Israelite nation was not physically free.  But they celebrated as a free people being able to make their own choices. They also celebrated the knowledge that it was God who took them out of the darkness of slavery into the light of being free.

Rabbi Gamliel’s instructions never had more meaning than this year’s and last year’s Seders. Just like that first Seder in Egypt,  Jews will have to stay inside their homes for their own protection while praying that the CoronaVirus passes over our homes. Just like that first Seder, we will get to celebrate our freedom, the freedom of making our own choices while teaching our children, “In every generation, a person is obligated to see him or herself as if he or she went out of Egypt.”

Part of that teaching should include discussions about the slanders being told about the Jewish People and Israel today. Anti-Semitic slanders seem to have grown since the pandemic invaded the world. When the lockdown started, there were crazies blaming Coronavirus on the Jews. More recently, the mainstream media was filled with fake reports about the Jewish state of Israel withholding the COVID vaccination from Palestinians, joining other hatred such as dual loyalty, the Jewish people have no historic ties to Israel, and on and on.   Just like the Pharaoh of the exodus, slanders are being made in an attempt to enslave the Jewish people, not physically, but it’s the mental part of slavery.

For the second straight Passover, Our children will have cabin fever and disappointment that grandparents and/or favorite cousins will not be able to be at their Seders in person. But they will participate in the Seder via video, including having discussions about what slavery and freedom mean today in their lives. Through the Seders, they will learn that a year of cabin fever isn’t so bad compared to what others are going through, what Jews went through in Egypt, and since.  They learn that they must cast off the physical and emotional restrictions preventing them from being totally free. And perhaps they will understand that we need to fight the yoke that much of the world is trying to put on the Jewish people by slandering the Jewish State of Israel.

And during the Seder, when we sing songs like Dayanu, our children will learn all that God has done for the Jewish people and learn that only through faith in God will we ever truly be totally free and cast off the shackles of slavery to move into the light of freedom.