A Majority Of U.S. Counties Have Now Passed Laws Designating Themselves As Second Amendment Sanctuary Areas. 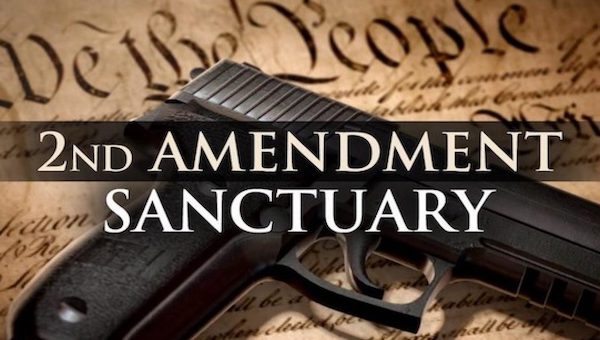 A majority of U.S. counties have now passed laws designating themselves as Second Amendment sanctuary areas to thwart attacks on our rights by Democrats, including Joe Biden.

As of June, 1,930 counties have passed some level of protection for their citizens’ Second Amendment rights. The number represents 61 percent of the 3,141 American counties or the equivalent.

Texas was the 21st state to pass a constitutional carry bill, which Gov. Greg Abbott signed into law and which becomes effective Sept. 1.

And while some state legislatures are not taking the same action, county officials have chosen to enact their own legislation. Roughly 1,137 counties “have taken it upon themselves to pass Second Amendment Sanctuary legislation and likely hundreds of cities, townships, boroughs, etc. have done so at their level as well,” the site states.

The Second Amendment sanctuary movement was born out of a grassroots effort, brought on by county or municipal leaders who vowed to not enforce any gun laws imposed by state or federal bodies they deemed were unconstitutional.

Sheriffs have also made pledges to uphold the Second Amendment, most recently every sheriff in Utah.

“Importantly, the Second Amendment of our divinely inspired Constitution clearly states … ‘the right of the people to keep and bear Arms shall not be infringed,’” says a letter signed by all 29 Utah sheriffs states. “We hereby recognize a significant principle underlying the Second Amendment: the right to keep and bear arms is indispensable to the existence of a free people.”

These laws are being passed in response to the hate Joe Biden, and his socialist Democrat Party have shown for our Constitution and our right to bear arms. These laws are meant to head off gun grabs by Democrats.

It isn’t likely these laws will hold up against un-American, left-wing judges who will work to block and overturn these laws. But it does tend to send a warning to Democrats that Americans won’t sit by idly and let democrats steal our guns.