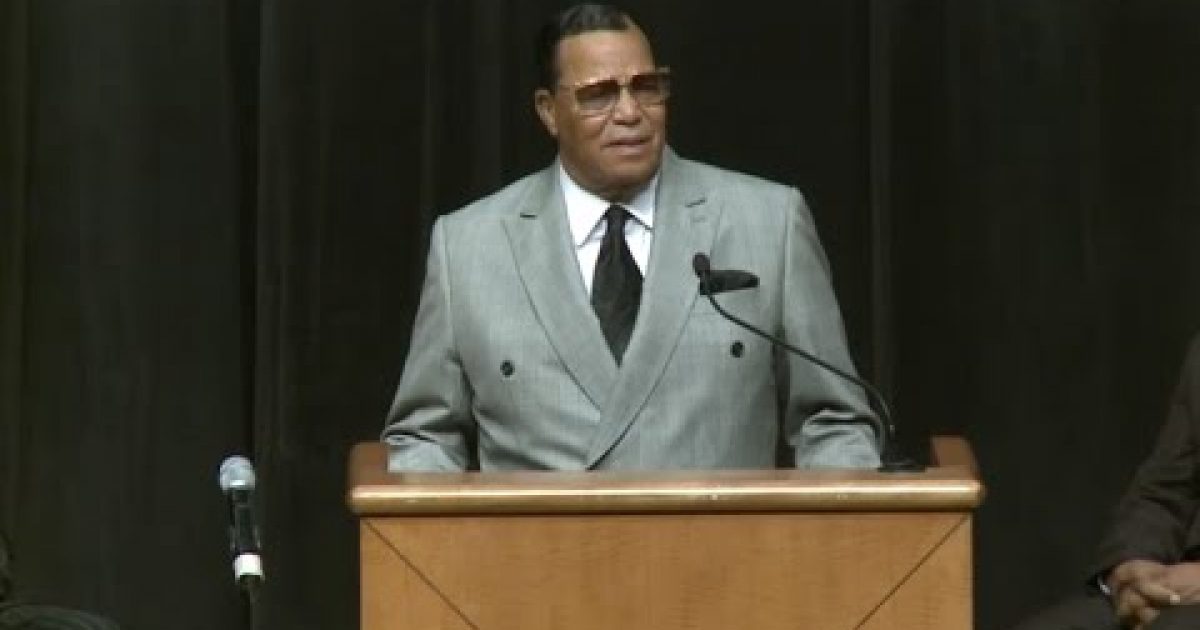 Louis Farrakhan has crawled out from under the rock he shares with the other Slugs to share his thoughts about Ferguson, Mo. Speaking at Morgan State University, a predominantly black college located in Baltimore, Maryland, Farrakhan called for more violence from the nations black community.

The Daily Caller reported Farrakhan said the violence in Ferguson was justified because of the the grand jury decision to not indict Officer Wilson. The hate-monger Farrakhan asserted that peace is only in the interest of ‘white folks,’adding, “We going to die anyway. Let’s die for something!”

He said, “As long as they [whites] kill us [blacks] and go to Wendy’s and have a burger and go to sleep, they’ll keep killing us. But when we die and they die, then soon we’re going to sit at a table and talk about it! We’re tired! We want some of this earth or we’ll tear this goddamn country up!”

As he continued with his violent, racist rant, Farrakhan was critical of Obama and Holder stating that violence is not the answer. In response he called for parents to teach their children how to throw Molotov cocktails and demonstrated himself how to do so.

Watch the video below