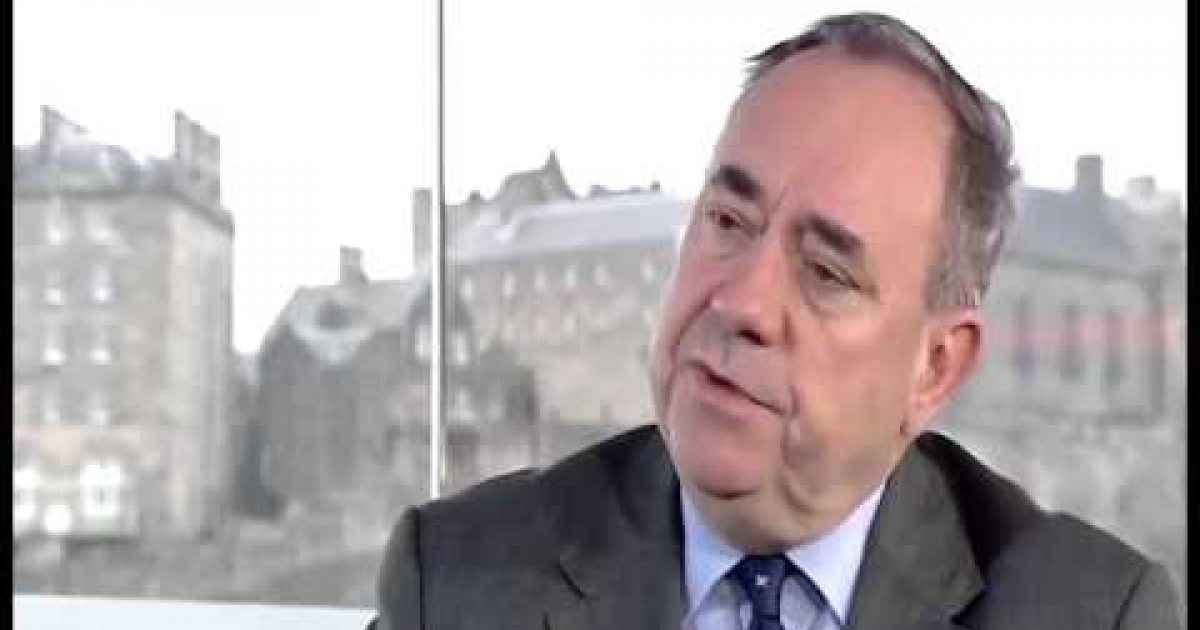 Facebook Twitter Flipboard
Speaking on the BBC’s Andrew Marr Show on Sunday, Alex Salmond, one of the leaders of the Scottish separatist movement, said: “The Muslim community of Scotland isn’t responsible in any shape or form for atrocities or extremism, just like a few weeks ago the Jewish community of Scotland wasn’t responsible for the policies of the state of Israel.

Salmond appeared on the program to discuss Thursday’s vote for Scottish independence. But the discussion began with the brutal murder of British aid worker David Haines, the tape of which was revealed by ISIS Saturday evening. When asked to comment on the ISIS terror group’s beheading of Haines, the Scottish leader said:

Any attempt to equate the actions of the democratically-elected Israeli government in defending its citizens from attack with the despicable cold-blooded murder of a British aid worker by terrorists would be self-evidently absurd and vile and we cannot conceive that this was the First Minister’s intention.

There has been a sharp rise in Antisemitism in Scotland following the Israeli military operation in Gaza in July.


According to Y. Y. Rubinstein, writing in the Israeli newspaper Ha’aretz, Jews in Scotland are concerned that a pro-independence vote on Thursday will be accompanied by news waves of anti-Israel and anti-Semitic sentiment in the country:

Despite the distressing acceleration of anti-Semitism in Scotland it has not, though, been worse than elsewhere in the UK. In Scotland, anti-Israel rhetoric during the Gaza war often spilled over into anti-Jewish rhetoric in letters to newspapers and elsewhere. In medieval Europe, all Jews killed Jesus: They were guilty as a collective. In Scotland as in England, a similar accusatory atmosphere has been prevailing, where all Jews are active partners in and responsible for the “cruel oppression” of the Palestinians. Only if they were critical of Israel was the shadow of suspicion and complicity lifted.

Scottish Jews fear that if Scotland gains independence, that “worse” is precisely what will happen.

Scotland’s politics, like its close Celtic cousin Ireland, are overwhelmingly left-leaning. Europe’s Left is the home of an anti-Israel bigotry and hysteria, which since “Protective Edge” has very often morphed into 1930’s Antisemitism. Scotland’s government, the Scottish National Party, is left of center. In the entire country there is only one Conservative MP. The major levers of power, and an independent voice in international affairs, together with a seat at the table of international forums, are at present denied to Scotland’s anti-Israel politicians –a situation that may change irrevocably with a yes vote.

Great Britain has never been a Utopia for its resident Jews. However, it seems as if Scotland’s Jewish population would be better off in a unified Britain than a separatist Scotland.