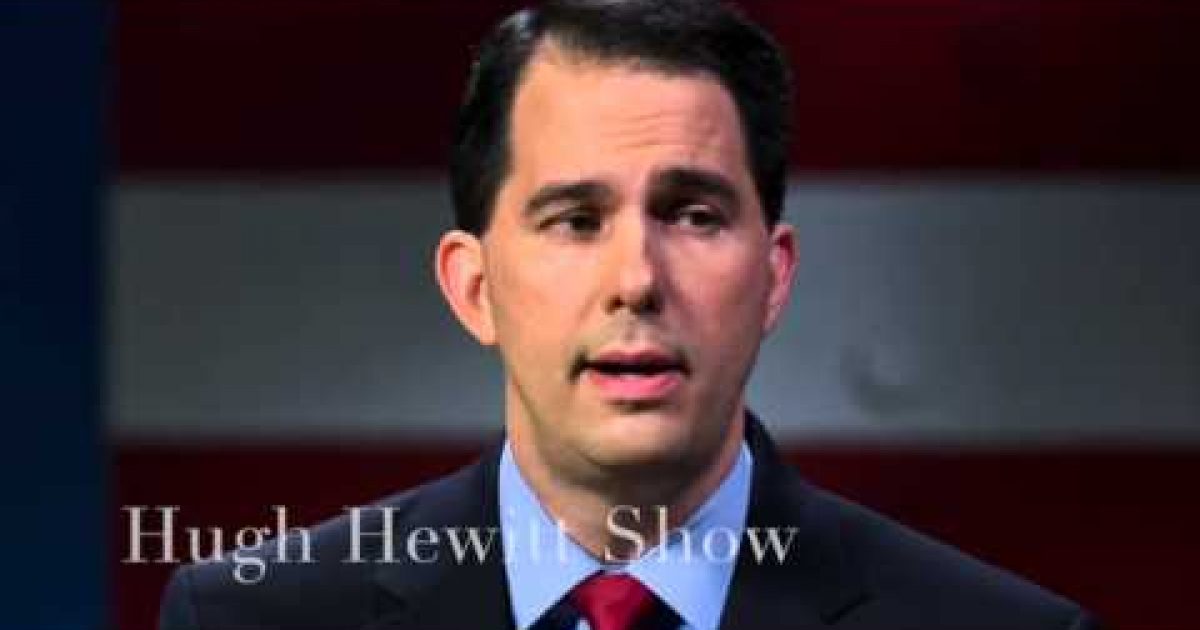 Interviewed on Thursday’s Hugh Hewitt Radio Show, Wisconsin Governor Scott Walker put into words something that many of his Republican colleagues have been thinking, that there is a national trend of wild attempts to dig up dirt on Republican governors.

Hewitt: Governor, I want to finish by asking you about one of the lowest tricks in American political history, and we only have three minutes, and it was this star chamber attempt to prosecute you, and the media’s handling of this. Did that do you damage? Do you think the lawyers who were involved ought to be ethically disciplined? And where does it stand now?

Walker: Yeah, I think there’s no doubt about it. Well, you can see it’s part of a national trend. They went after Rick Perry. They went back, a while back, Chris Christie. You see a lot of these groups that literally go out and try and dig things out.

Obviously, this most recent one against Rick is just laughable in terms of how outrageous it is. But they’ve done the same sorts of things for us. I mean, they, in fact, the federal judge who shut this down, there have been two different judges, a state judge and a federal judge who both dismissed the allegation. You wouldn’t know that from most, not only in my state, but many of the national media outlets treat these things like news, and they get leaked out by different sources in the court system, or in these offices. But they treat them like they’re somehow new news, and ignore the fact that you’ve had two judges, a state judge and a federal judge, shut them down.

And the federal judge in particular said something I thought was very poignant. He said, he chastised some of these prosecutors saying that they were trying to win in the court of public opinion what they failed to win in the court of law. That should send a chill down the back of anyone, I don’t care whether you’re conservative or liberal or anywhere in between. If people can take information, take it to the court system, have an independent judiciary say this is not valid, this needs to be dismissed, the facts aren’t on your side, and then have people still leave bits and pieces of it based upon their own agenda.

That’s a society that I think should be very concerning to folks. I do think it has an impact at least for a handful of the independent voters, and it’s one more example of what they’re trying to throw at us, which is precisely why we need so much grassroots support.

Not mentioned by the Wisconsin Governor is that it is not all GOP governors subject to these attacks, only the governors rumored to have 2016 presidential aspirations.

BREAKING News From The Border- THEY GOT THEM!
AFF